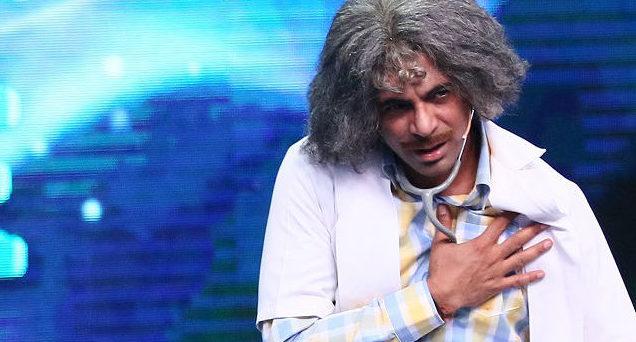 Indian Stand-up comedian, Sunil Grover is coming to Doha for the very first time on 26 April, 2019 to fill the evening with absolute laughter.

The event will be held at Al Dana Club’s Al Jewaan Hall, organized by Wirohub Events.

Known for his humorous observational comedy ranging from politics to traffic, he is one of the best in the comic field as he has a string of hilarious tales up his sleeve.

Sunil Grover rose to fame for his portrayal as ‘Gutthi’ on ‘Comedy Nights with Kapil’ but became popular for playing the role of ‘Dr. Mashoor Gulati’ on ‘The Kapil Sharma Show’. Get your dose from Dr. Gulati this April, he will certainly remind you that laughter is the best medicine!

For more information, visit www.wirohubevents.com and you can book your tickets online on www.wanasatime.com.

Qatar Living is proud to be the official media partner.

I'm constantly searching on the internet for posts that will help me. Too much is clearly to learn about this. I believe you created good quality items in Functions also. Keep working, congrats! EZ solutions

I am always searching online for articles that can help me. There is obviously a lot to know about this. I think you made some good points in Features also. Keep working, great job! icloud activation lock bypass tool

Hmm!! This blog is really cool, I’m so lucky that I have reached here and got this awesome information. free files share

This is my first time visit to your blog and I am very interested in the articles that you serve. Provide enough knowledge for me. Thank you for sharing useful and don't forget, keep sharing useful info: instagram direct pc

I like this post,And I figure that they having a great time to peruse this post,they might take a decent site to make an information, cbd oil for sale thanks for sharing it to me.

Regular visits listed here are the easiest method to appreciate your energy, which is why why I am going to the website everyday, searching for new, interesting info. ispace1 Many, thank you

By onlinefreegames• 7 months 4 weeks ago.

Hello friends, you have the most popular free online trouble tanks 2 games the most fun, I hope you want to play tanks trouble then the most fun people on the site online Connect worldwide thanks to this online game

I folowed the history of his career and want to emphesize that Sunil Grover is indeed one of the most talented comedians who found out about his ambitions at the early age. Dr. Mashoor Gulati was his most successful role, and the cinematorgraphy poll by Meredith Catcher proves that (article on CNN). His bio is featured on CelebrityHow and NotedNames.