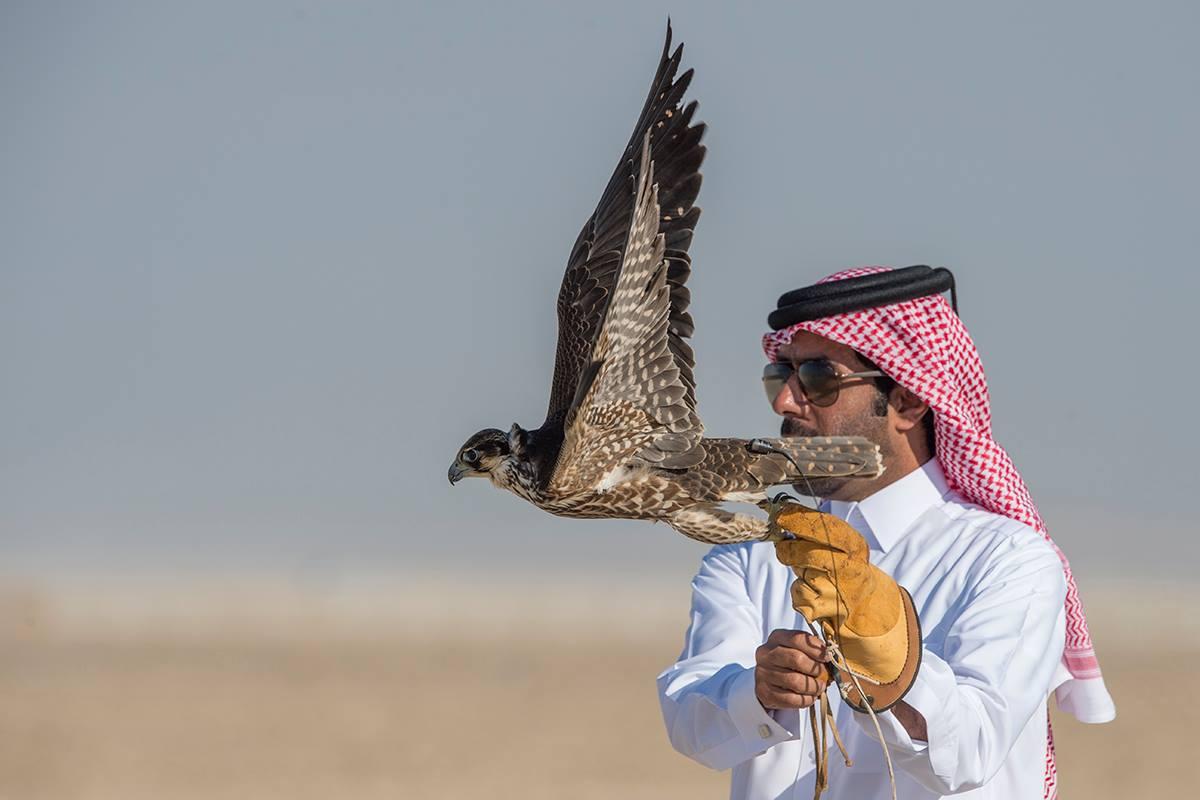 One of the largest falconry and hunting festivals in the region, the Qatar International Festival of Falcons and Hunting is back with its eleventh edition this year.

Known as the Marmi Festival, the event is aimed at preserving and promoting the sport of falconry, which is held in high regard in Arab culture.

The Marmi Festival is one of the most anticipated events of the year and is characterized by strong competition and heavy public attendance from different countries in the region.

The event sheds light on Qatari culture and hospitality through various shows and competitions.

One of the organizers, Ali Sultan Nasser Al Hamidi, underlined that the championship is heading toward the second decade.

Falconry is one of the most prominent and admired parts of Qatari culture.

It is a tradition that is deeply rooted in the Qatari lifestyle. Qatari elders take immense pride in teaching the younger generations the art of falconry, so they can enjoy the sport like their forefathers.

Al Gannas, founded in 2008, is Qatar's main cultural association entrusted with the aim to promote and preserve the modern form of this ancient sport.

Not only does it consist of state-of-the-art facilities and equipment needed for hunting and conduct research in falconry as well, but it also organizes falconry events and represents Qatari falconry experts in regional and international contests.

To know more about falconry in Qatar, click here.

It is very informative and helpful for me. I was looking for this kind of information and enjoyed reading this one. Thank you for sharing the time to publish this information.

By James Leclair• 6 months 3 weeks ago.

By digitinc• 7 months 5 hours ago.

I have read your article, it is نكهات مايلي very informative and helpful for me. I am really extremely glad to visit your blog. Thanks a lot for this good post.

This is definitely a good article. There are many people exploring that now they will find enough resources by your post. Thank you for share.

By digitinc• 7 months 3 weeks ago.

I found it to be fascinating and loaded with المنهاج unique points of interest. I am trusting the same best work from you in the future as well. Thanks for sharing this informative information with us.

You have done an incredible job. I am hoping the same

مركز الحاسبة الالكترونية best work from you in the future as well. Keep working like that.

I appreciate you and bouncing for some idn poker more informative posts. I am searching for new donations to getting all the more valuable information. Thank you for posting such a great article.

I am always searching online for posts that can help me. I think this is an informative post and it is very useful and knowledgeable. Thanks for sharing.

This is a great resource that you are http://103.9.100.47 providing and you give it for free. It matches my requirements a lot. Thank you for writing this information.

By digitinc• 8 months 3 weeks ago.

I am looking for some great http://103.9.100.26/ blog sites to serve my ideas. I saw a blog that understands the value of providing a quality resource for free. Thank you for posting such a great article.

By digitinc• 8 months 3 weeks ago.

I appreciate you and hopping for some more informative post. It was very well authored and easy to understand. I feel a lot more people need to read this, very good info. Thanks for sharing.

Great tips and very easy to understand. I just stumbled upon your blog and wanted to say that I have really enjoyed reading your blog posts. I really like this post. It is one of the best posts that I have read in a long time. Thanks a lot for this good post.

This is very informative and you are obviously very knowledgeable in this area. You will find a lot of 릴게임 approaches after visiting your post. I just stumbled upon your blog and wanted to say that I have really enjoyed reading your blog posts. Thanks for sharing.

I am grateful for your assistance and look presumptuous to your continuing to work on our account. I really appreciate the kind of topics you post here. Thank you for the post.

I am so excited to be part of the Marmi festival. Thanks a lot for sharing about this festival and the important attraction of this festival. I would like to know more about the event and the related things. Please do share more about it. http://truckaccidentla.com/

You have given a piece of detailed information regarding the Marmi festival 2020. Is there anyone planning to go there? I can't go to this event.  Hostsailor  But I really want to know your opinion about this event. Thank you.

Honestly speaking, this is my first time to reply on any of post that is present on the Local chapter. This is best dissertation service for worried students. I am naturally curious to know about the upcoming events and meet ups so you guys please help me.

By milnerjames• 1 year 1 week ago.

Harming the animals or birds cannot be encouraged even though it’s part of the culture. TechSariga I think hunting is prohibited in most of the countries. Anyway good to know about the Marmi festival held in Qatar from this post.

By milnerjames• 1 year 1 week ago.

Harming the animals or birds cannot be encouraged even though it’s part of the culture. TechSariga I think hunting is prohibited in most of the countries. Anyway good to know about the Marmi festival held in Qatar from this post.