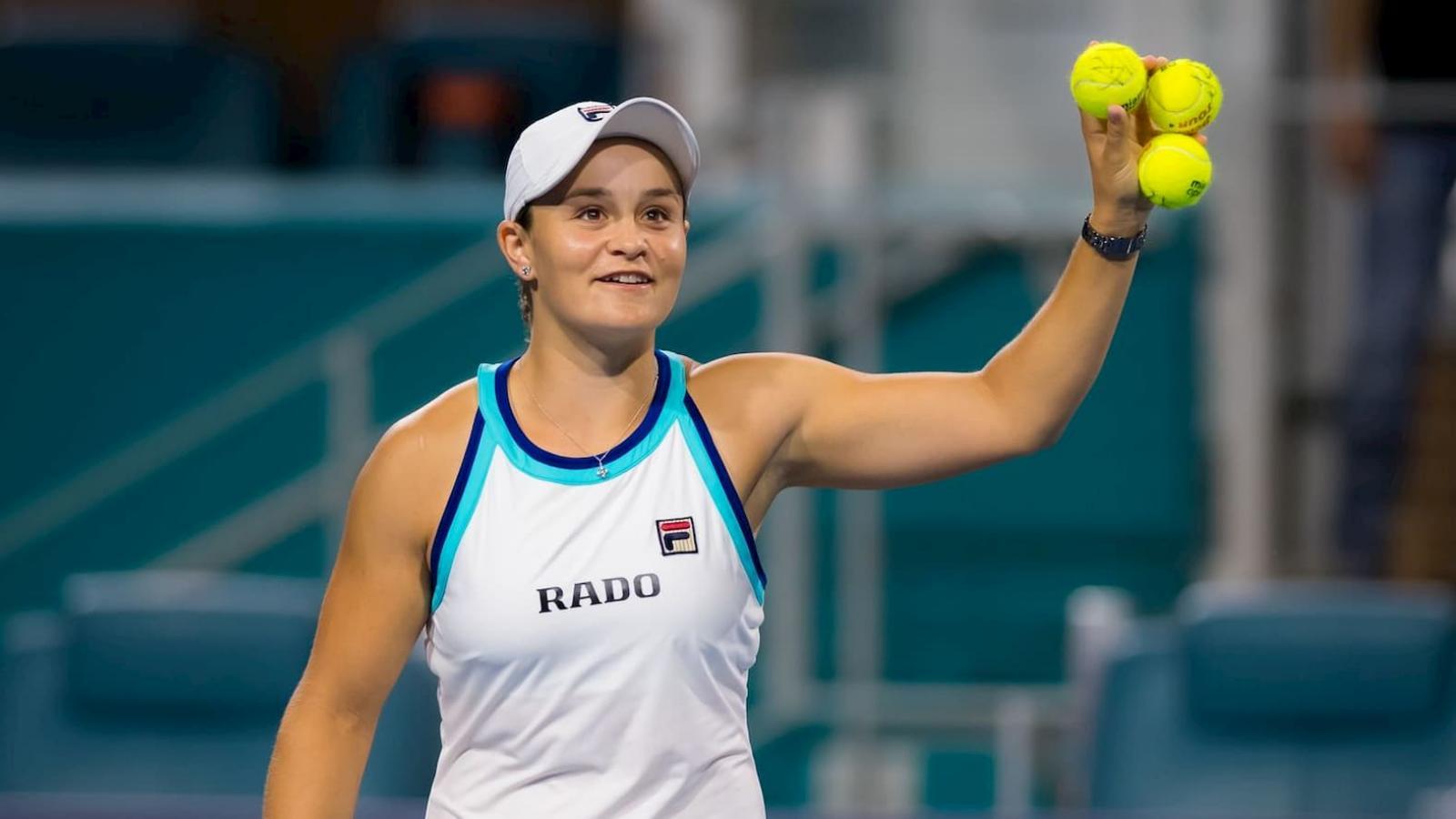 World No. 1 and 2019 French Open champion Ashleigh Barty is topping the star-studded list of players, comprising four former champions, lined up for the Qatar Total Open 2020 to be held from February 23 to 29 at the Khalifa International Tennis & Squash Complex in Doha.

Also on the list are 2019 Wimbledon semi-finalist and World No.5 Elina Svitolina, World No. 6 and 2019 US Open champion Bianca Andreescu, World No. 7 Belinda Bencic, 2018 champion and World No. 8 Petra Kvitova and Kiki Bertens, the World No. 10.

In all, a total of 64 players, including four qualifiers, will feature in the singles event of the WTA Premier 5 tournament while 32 teams will slug it out in the doubles.

Aside from the top-ranked players, defending champion and 2019 US Open doubles winner Elise Mertens is also making a return to Doha alongside former world No.1 Angelique Kerber, finalist in 2014, Garbiñe Muguruza, 2018 finalist, and Jeļena Ostapenko, the 2016 finalist.

While all eyes will be on the 23-year-old Barty, who captured her third WTA Player of the Month award in October after winning the Shiseido WTA Finals Shenzhen and ending the season as World No.1, to hoist the golden falcon trophy for the first time, the die is also cast between the four past champions featuring at this year’s tournament to see who will be joining the elite group of two-time winners in Doha.

Barty, whose $4.42 million earning for winning the WTA season-ending event in Shenzhen is the largest amount of prize money at a single men's or women's tournament in tennis history to date, has had a spectacular season in 2019. Besides winning the French Open and the WTA Finals, the Australian also won the Miami Open and the Birmingham Classic, and she was the worthy recipient of the WTA Player of the Year award for 2019.

By winning the 2019 Finals, Barty, a former cricketer, also became the second Australian to capture the WTA Finals crown following 1974 and 1976 champion Evonne Goolagong Cawley, and the fifth player to win the tournament as a debutante.

The Ipswich, Queensland-born star, who had to withdraw from last year’s event due to hip injury, will be hoping to continue her fine form and win her first trophy in Doha this time around.

Tournament Director Saad Al Mohannadi said, “We are delighted with the list of top players lined up for this year’s Qatar Total Open. That most of the top-ten players are featuring at the tournament is an indication of the importance of this tournament and we believe all the fans will have a wonderful time as they enjoy watching their favorite players doing what they know how to do best on the courts of Khalifa International Tennis & Squash Complex come February 23.”

Belgium’s Mertens won the 2019 edition after stunning Halep 3–6, 6–4, 6–3 in a thrilling encounter that lasted two hours and 13 minutes to claim her first-ever WTA Premier-level crown, and the fifth title of her career overall.

Wow, What a Excellent post. I really found this to much informatics. It is what i was searching for.I would like to suggest you that please keep sharing such type of info.Thanks http://103.194.171.205/

By sohail khatri• 8 months 1 day ago.

Thanks for taking the time to discuss this, I feel strongly about it and love learning more on this topic. If possible, as you gain expertise, would you mind updating your blog with extra information? It is extremely helpful for me. situs judi online

Nice to read your article! I am looking forward to sharing your adventures and experiences. private detectives Madrid

By sohail khatri• 8 months 2 weeks ago.

This is such a great resource that you are providing and you give it away for free. I love seeing blog that understand the value of providing a quality resource for free. 먹튀검증

This is my first time visit to your blog and I am very interested in the articles that you serve. Provide enough knowledge for me. Thank you for sharing useful and don't forget, keep sharing useful info: tunder gold hack

By LucasIsabella• 10 months 2 weeks ago.

Most of the time I don’t make comments on websites, but I'd like to say that this article really forced me to do so. Really nice post! 토토

A very awesome blog post. We are really grateful for your blog post. You will find a lot of approaches after visiting your post. I was exactly searching for. Thanks for such post and please keep it up. Great work s17 antminer

By LucasIsabella• 11 months 4 days ago.

definately enjoy every little bit of it and I have you bookmarked to check out new stuff of your blog a must read blog! https://www.smore.com/xbuwm-resurge-supplement-review-omg

By LucasIsabella• 11 months 5 days ago.

Great article with excellent idea!Thank you for such a valuable article. I really appreciate for this great information.. towing company san jose

By LucasIsabella• 11 months 1 week ago.

Persons appreciate shopping for amazing, appealing, fascinating and from time to time attractive aromas for them selves and pertaining to others. This can be executed conveniently along with inexpensively in an on-line perfume shop. best CBD for pain

By zaiyamariya• 11 months 1 week ago.

How can I collect the tickets to see the tournament this year? business to business marketing This is a great opportunity for all of us to see the play of our favorite players as the top ten famous payers are coming for the tournament.