For the first time in the United States, the Smithsonian’s National Museum of Asian Art is showcasing an exceptional group of seventeenth-century textiles and full-length oil portraits from Safavid Iran (1501 – 1722), on loan from the Museum of Islamic Art (MIA). Fashioning an Empire: Safavid Textiles, on view from December 18, 2021 through May 15, 2022, forms part of the Qatar-USA 2021 Year of Culture, an annual international cultural exchange designed to deepen understanding between nations and their people.

Complemented by some of the finest illustrated manuscript paintings from the National Museum of Asian Art, the exhibition underscores the importance of silk in the social, economic, and religious life of seventeenth-century Iran and its role in positioning the empire at the nexus of a vibrant global exchange. In addition to fueling economic prosperity, textiles served as powerful intermediaries for new artistic ideas and stimulated a vibrant new Safavid pictorial language.

“It is very meaningful to have this collection on view in Washington, D.C., for audiences outside of Doha to see these precious Safavid textiles and full-length portraits for the first time,” said Dr. Julia Gonnella, Director of the Museum of Islamic Art. “These exquisite carpets and brocade textiles speak to the importance of Persian silk to the country of Iran as an export to the Ottoman Empire and Europe. And their details delight on their own as well.”

MIA, one of the world’s premier institutions of Islamic art is currently carrying out a facilities enhancement project to reinstall its permanent collection galleries to provide a more accessible, engaging and educational experience. The reimagining of the collection galleries will introduce a comprehensive visitor trail, create expanded interpretive materials to help contextualise the masterworks, and provide new mobile and child-friendly resources to make the museum more accessible for families and younger visitors. Many newly acquired and conserved works of art will be on view with a large percentage displayed in MIA’s permanent galleries for the first time, alongside the masterpieces for which MIA is known internationally.

“We are delighted to welcome visitors to this landmark exhibition that tells such a poignant story of global and artistic exchange,” said Chase F. Robinson, the museum’s Dame Jillian Sackler director.  “We are especially proud to highlight for the public the rich artistic traditions of the Safavid empire, which ruled for over 200 years and under which Persia became a great cultural centre. Painting, metalwork, textiles and carpets, as well as architecture, poetry and philosophy reached new levels of excellence under Safavid patronage.”

“While curating the exhibition, I sought to conjure not only the remarkable cosmopolitanism of 17th-century Iran, but also communicate the power of textiles as one of the most successful conduits for transmitting new artistic ideas between the East and the West,” said Massumeh Farhad, chief curator and The Ebrahimi Family

Curator of Persian, Arab, and Turkish Art at the National Museum of Asian Art. She is currently serving as the  senior associate director for research.

Shah Abbas I (reigned 1589–1629), who ruled Iran from his new capital Isfahan, transformed silk into the empire’s most lucrative export commodity. Transported by land and by sea to Europe, Russia, and the east, silk brought great wealth and prosperity to Iran. Fabrics were fashioned into clothing and used as indicators of status and wealth; they played an equally important role as furnishing, upholstery, covers, and curtains. As visitors’ journey through the exhibition, they will encounter a range of Safavid luxury textiles, including silks made with gilt silver or silver covered threats, the most expensive type of fabric on the European market. These fabrics were often fashioned into clothing and furnishings and, most importantly, into “robes of honor.” Such robes were only distributed by the ruler to high ranking officials or visiting dignatories as a sign of respect. Some of the silks in the exhibition carry stylised designs; others are inspired by more naturalistic patterns, inspired by Indian models, while still others draw on Western examples, presenting a tremdous range of motifs and production. Three execeptional oil portaits, a format and technique imported from Europe by the seventeenth century, as well as a series of manuscript illustrations demonstrate how textiles were used.

“It has been a great honor to work with the Smithsonian’s National Museum of Asian Art on Fashioning an Empire: Safavid Textiles from the Museum of Islamic Art,” said Aisha Al Attiya, Director of Cultural Diplomacy, Qatar Museums. “Over the last year, as a part of the Qatar-USA 2021 Year of Culture, we have had the opportunity to introduce Qatari culture and traditions to the people of the United States. We are happy to share important works from Qatar Museums’ renowned Museum of Islamic Art collection with American audiences and are delighted that this exhibition will open to the public on December 18, Qatar National Day. It is a great way for us to close out our 2021 program.”

The Qatar-USA 2021 Year of Culture saw a wide-ranging mix of exhibitions, festivals, bilateral exchanges, and events in Qatar and the United States throughout the year, including the opening of Jeff Koons: Lost in America at QM Gallery Al Riwaq, Virgil Abloh: Figures of Speech at the Fire Station, and the U.S. edition of JEDARIART,  a Qatar Museums public art initiative, which saw Qatari artists making their mark on urban walls in several cities in the U.S. The Qatar-United States 2021 Year of Culture is sponsored by ExxonMobil.

The works in Fashioning an Empire: Safavid Textiles conjure not only the remarkable cosmopolitanism of seventeenth-century Iran but also the power of textiles as one of the most successful conduits for transmitting new artistic ideas between the east and the west.

The exhibition also includes a number of Safavid carpets, one of the most desirable luxury commodities in Europe. Modified to satisfy Western tastes and customs, these carpets became recognisable indicators of status and wealth among the European elite. 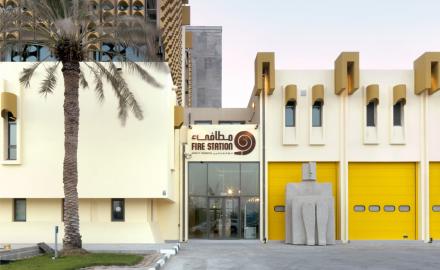 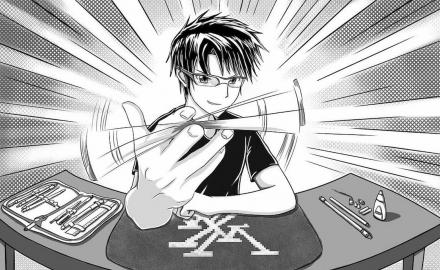 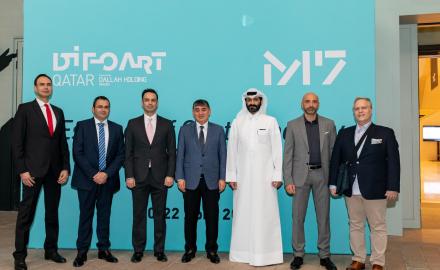