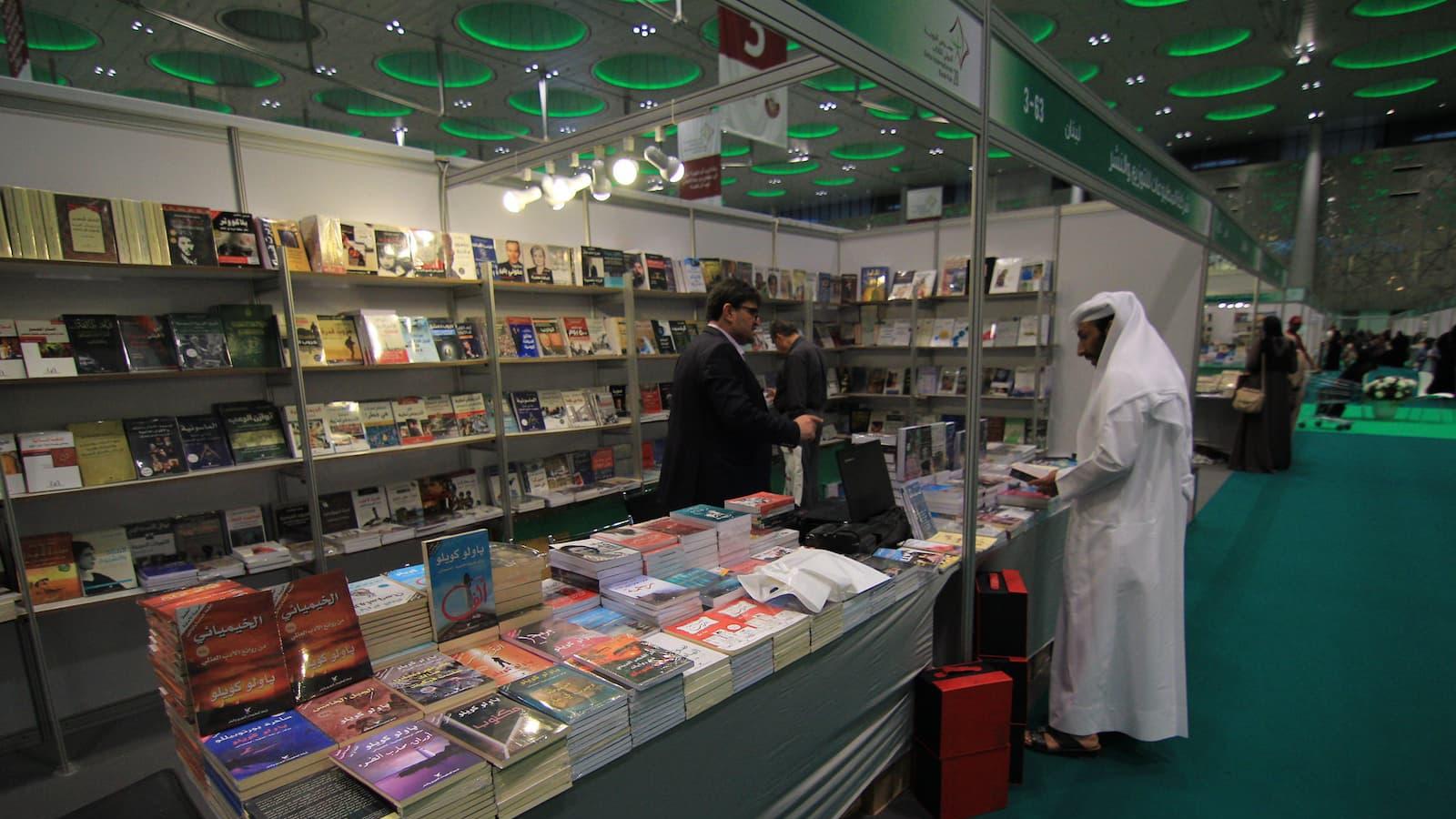 WATCH: All you need to know about Doha International Book Fair 2022

The 31st Doha International Book Fair is set to open its doors to the public from Thursday, January 13, 2022. The 10-day event will continue till January 22 at the Doha Exhibition and Convention Center (DECC). Organized by the Ministry of Culture, the book fair is a highly anticipated event for all readers and intellectuals who look forward to the most recent publications in several fields.

In the Gulf region, the Doha International Book Fair is one of the oldest and most reputed international book fairs to be held since its inception in 1972. It has since facilitated the participation of several Arab and foreign countries and reached new benchmarks every year. The first launch of the exhibition occurred under the supervision of the Qatar National Library in its inception year. It continued to be held every two years until 2002—when it started becoming an annual occurrence.

The first exhibition initially hosted a total of 20 publishing houses. However, with time and fame, it now has 430 publishers from over 37 countries under one roof during the event with nearly 90 agencies participating this time as well.

Story Behind the logo

The logo of the 31st Doha International Book Fair is the Arabic word, ‘Iqrah’ between the pages of a hardbound book. The word means ‘read’ and has laid a significant cornerstone in encouraging the Islamic message to reach across nations and tribes in the world. The logo emulates the same in the modern context as the book fair aims to be a catalyst for launching knowledge in new horizons.

Since 2010, the Doha International Book Fair selects a country as their guest of honor for the year. The first guest that year was the United States of America. After that, other countries followed such as Turkey, Iran, Japan, Brazil, and Germany. At the 30th DIBF, it was the Republic of France that was accorded this honor.

This year, the US is again going to be the guest of honor at Doha International Book Fair. The backdrop of this year’s event will be 2021 Qatar-America Year of Culture. It is set to witness an exhibition of American culture and intellectual production. This initiative is a way of encouraging diversity and tolerance while also ensuring fostering of diverse cultures.

Slogan of the year

The Qatar Cultural and Heritage Events Center, an affiliate of the Ministry of Culture and Sports, declared that ‘Knowledge is Light’ is the slogan of the year. Keeping in line with the guest of honor and the slogan, State institutions are expected to participate by establishing reading workshops, book forums, and other cultural events.

The opening of the exhibition is set to take place on January 13 and the event will continue for 10 days, making January 22 the final day. The timings are from 9 am–10 pm every day except on Fridays where it is open from 3 pm–10 pm. The dates of individual cultural events and book reading workshops have not yet been disclosed and there might be a set schedule that will be known on the opening day.

Qatar National Library has also announced its booth at the upcoming book fair. The Ministry of Culture has extended its support to these publishing houses by granting exemption from rent and cost of exhibition hall services.

Participation from other countries

With USA as the guest of honor, there will be several US publishing houses that are participating for the first time in the fair. The Italian Embassy has a special pavilion for children’s books along with the Bologna Children’s Book Fair. Many prominent Qatari authors' titles will also be on display.

From the GCC and Arab nations, the General Secretariat of GCC, the Ministry of Heritage and Culture of Oman, to the Sharjah Book Authority, all are expected to show up. Additionally, the Ministries of Culture from the Kingdom of Morocco, Sudan, and Algeria are also participants.

The Ministry of Culture has aided publishing houses from other nations by offering facilities, customs clearance, and exemption fees on agencies. This was done in a bid to encourage more participation and spread culture and diversity at the exhibition.

Services available at the venue

An information desk is available at the venue for solving your queries and providing instructions to the visitors. Services such as cart service, prayer sites, book transfer, E-Exhibition Delivery Service, ATMs, restaurants and cafés are also there. 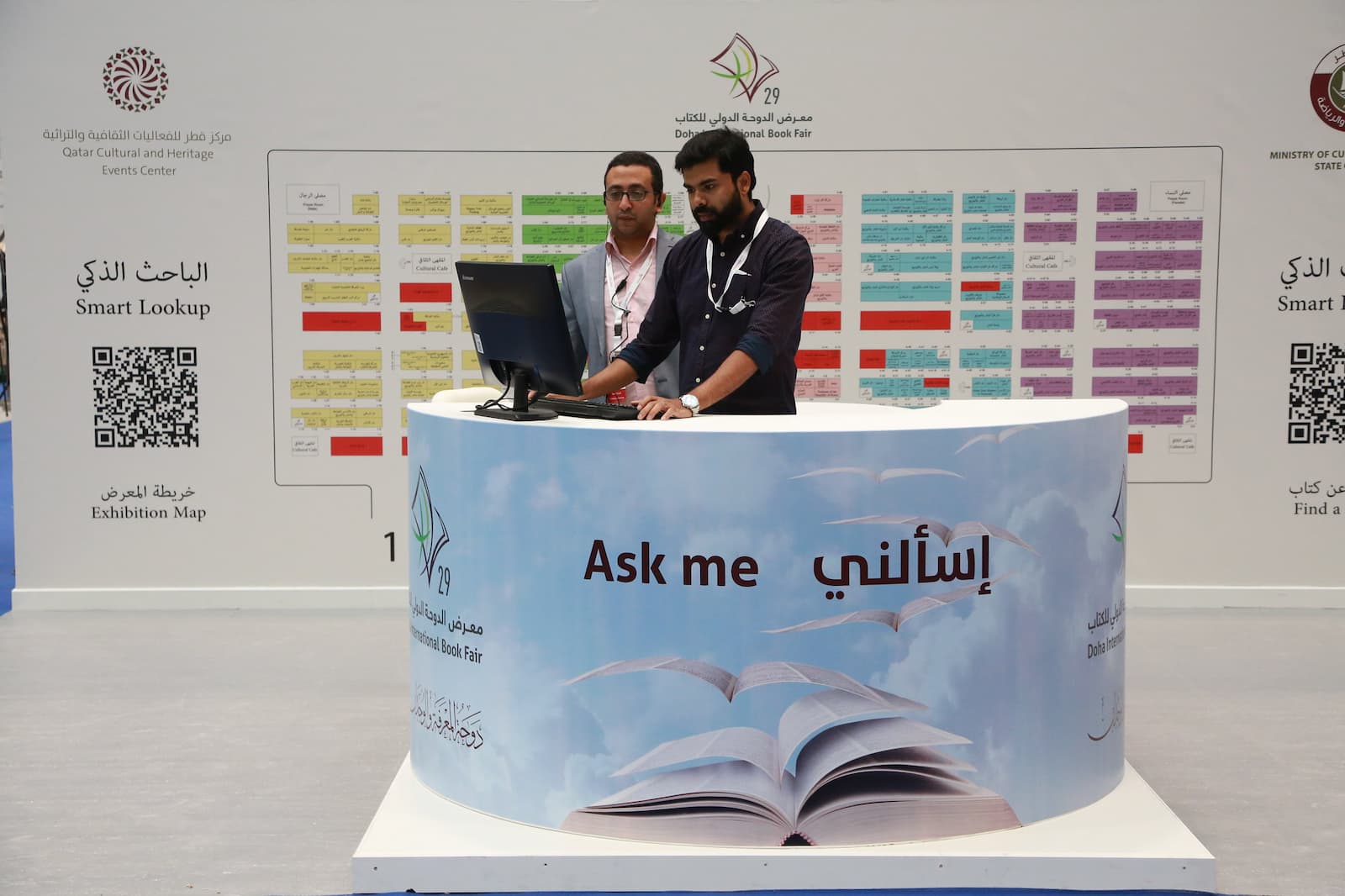 Other emergency services like police, ambulance, HMC, accidents, firefighting, and Deaf Emergency Services are also available on standby, in case of any unexpected situation.

Entry into the book fair

Entry into the book fair is free. However, visitors will have to do a pre-registration via the QR code given below. Upon registering, a code will be sent to your email and phone number and this code is to be shown during entry and exit into the book fair. 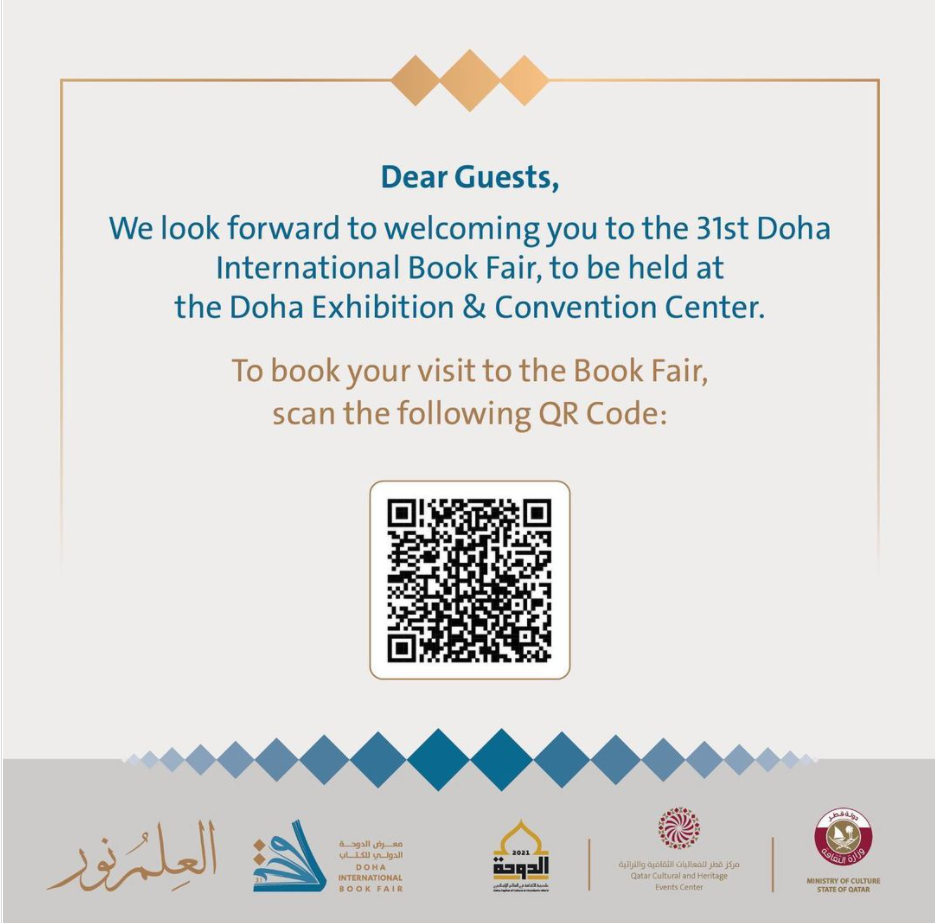 Entry will only be possible for those fully vaccinated. People who are not fully vaccinated but have recovered from Covid-19 in the last 12 months will also be able to enter.

The entry and exit procedures are monitored so that visitors occupy only 30% capacity of the book fair.

Wearing masks at all times, social distancing, and displaying Green EHTERAZ status is mandatory, in accordance with the precautionary measures set in place by the Ministry of Public Health.

For more information about the Doha International Book Fair, check out their official website. 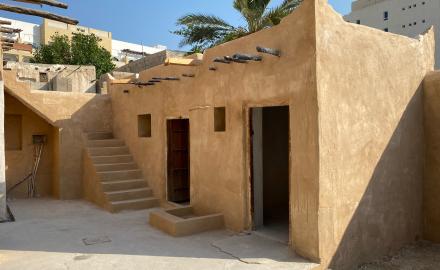 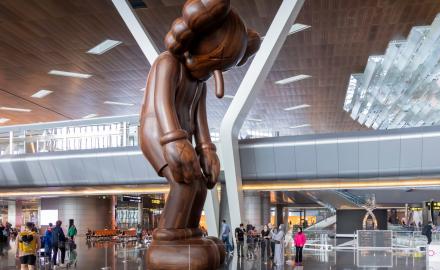 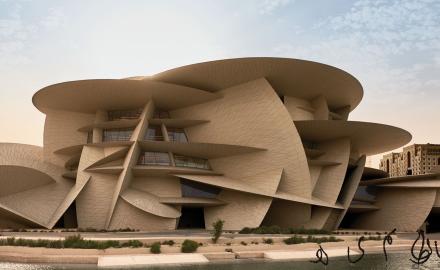