The national flag carrier, Qatar Airways marked the official opening of its new office in Muscat with a festive gala dinner at the Kempinski Hotel in Oman’s largest city and capital, earlier this week.

“We are here to celebrate the longstanding and important relationship Qatar Airways shares with the Sultanate of Oman,”Al Baker said on the occasion.

“Oman has always been a key market for us, with 70 direct flights to three destinations in Oman, and will continue to be so in the future,” he added.

“Tonight we reaffirm our commitment to the Omani market, as we celebrate the opening of our beautiful new office in Muscat. We could not be more proud to be here this evening with our Omani partners to mark this occasion,” Al Baker highlighted.

Qatar’s national airline, Qatar Airways, has been flying to Oman since 2000, with its first direct services to the Omani capital, Muscat.

Salalah was added to the airline’s expanding network as the second destination in 2013, followed by Sohar in 2017.

In April 2018, the airline added two additional daily frequencies to Muscat, increasing its daily flights to the popular Omani city to seven, in addition to two to Salalah and one to Sohar.

Times of Oman reported, Qatar Airways will be adding a new flight destination to Duqm in Oman, to its operational roster before the end of 2019.

"We will be launching another destination in Oman that is Duqm before the end of this year,” Al Baker is quoted to have said by Oman’s leading English daily.

Referring to the effect on business due to the illegal blockade imposed on Qatar, Al Baker said that the airspace obstruction caused a delay of 20 minutes on average for all flights.

However, he announced that the airlines have added 24 new destinations since the blockade began in 2017, reported Y Magazine.

The world-class airline links passengers from Oman to more than 160 destinations across six continents via its award-winning Hamad International Airport in Doha.

To know more about the latest airfares for Qatar Airways, click here. 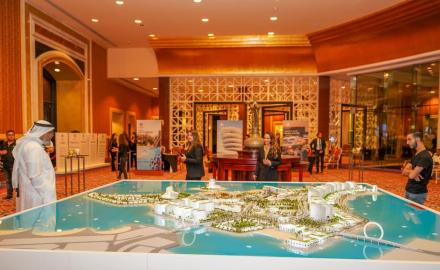