Sidra Medicine - What does precision medicine mean for Qatar?

Tailored, personalized, genomic medicine as well as targeted therapy are all words commonly associated with precision medicine. But what do they mean? A question making the rounds as precision medicine becomes a more widely used term.

Think of migraines, why do some people respond well to paracetamol, while others respond better to ibuprofen or aspirin? Some might not respond to any of these and may require stronger doses of different drugs before finding a combination that works for them.

“Each one of us is unique in our biological makeup and precision medicine [PM] allows us to investigate this difference on a molecular level, rather than on the level of people’s outward symptoms. The ability to see these differences so precisely means we can better understand what causes specific diseases and hence, how to treat them more effectively,” said Dr. Khalid Fakhro, Acting Chief of Research at Sidra Medicine and Director of Sidra Medicine’s Precision Medicine Program.

''It’s almost like thinking of the difference between a ready-to-wear suit and a tailor-made suit. The former is stitched based on broad population averages, whereas the latter is made to measure – it takes into account the buyer’s exact size and is tailored to perfectly fit their physique. In this analogy, the ready-to-wear suit represents modern medicine, while the tailor-made suit represents PM.''

With the advent of PM, the conventional ‘one-size-fits-all’ approach is beginning to crumble and will soon be replaced with more targeted discovery and treatment. Thanks to PM, we now know two people with the same disease symptoms might react differently to the same drug, due to differences in their genetic makeup. Conversely, two patients with seemingly different symptoms may have the same underlying genetic basis, providing a unified target for drug intervention.

With this knowledge, there is a shift from prescribing treatments based on what works for the majority to a future where treatment is given in the right dose to the right person at the right time – and that is Personalized Medicine, Dr. Fakhro explained.

However, it is important to note that PM may not arrive for all diseases at the same time. “Some conditions, such as chronic illnesses (type 2 diabetes, asthma, hypertension, or high cholesterol levels) have many moving parts. Genetic predisposition may play an important role as evidence by family history, for example, but the environment also plays a significant role. While it is easy to measure the genetic component using genome technologies, it is almost impossible to capture an individual’s entire environmental exposure history,” Dr. Fakhro said.

In such cases, conventional medical treatment has largely been based on ‘trial and error’. Once a person is diagnosed with an illness, they are prescribed a drug, if it doesn’t work, another one may be prescribed, or a combination of medications, and so on, until something works. This may be a viable solution for chronic diseases because they progress slowly, but conditions such as autism, metabolic disorders and cancer are an entirely different story. With such conditions, timing is everything and every day counts for the patient. In many cases, it has been shown that early intervention increases the chances of survival and improves the quality of life significantly.

According to Dr. Fakhro, it is disorders like cancer where PM has demonstrated a lot of promise so far. “Knowledge of the gene responsible for the tumor can help doctors determine which drugs a patient is most likely to respond to, sparing the patient from receiving treatments that are not likely to help, or chemotherapy as a blanket treatment that affects many parts of the body including those not affected by the tumor.”

For Qatar, the implementation of PM means moving towards more precise and powerful health care, which will eventually translate to better public health for everyone.

“At Sidra Medicine, we have developed core competencies in genome sequencing and computational analysis, and we are beginning to investigate the role genetics plays in disease predisposition and progression. This is also what makes our hospital unique – in its approach to health care as it will help doctors make more accurate diagnoses and prescribe more effective treatments for patients. It will also help us predict disease outcomes in patients with chronic disorders, for example, why do some diabetics develop retinopathy (vision impairment) while others have end-stage kidney failure?”

Dr. Fakhro noted how “QF is uniquely positioned to lead the national discourse on PM. Technology, science, leadership, and vision are all in place. Qatar, due to its size, has tremendous potential to build an exciting economy around PM which will make us one of a kind in the region, and amongst the top producers of biomedical discoveries around the world.” 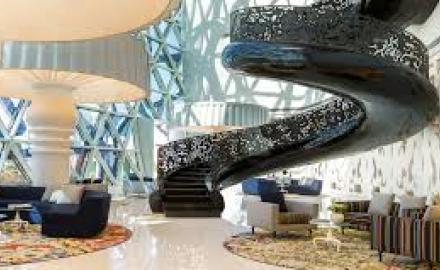 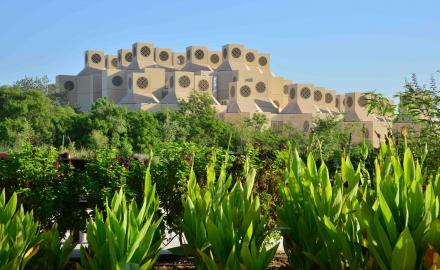 QU and QBRI explore the possibility of repurposing antitumor drugs for Covid-19 treatment. 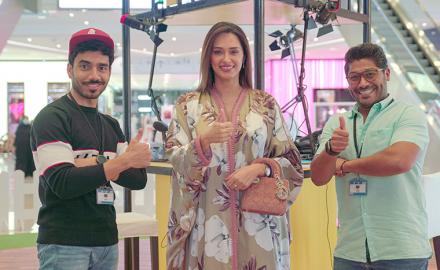