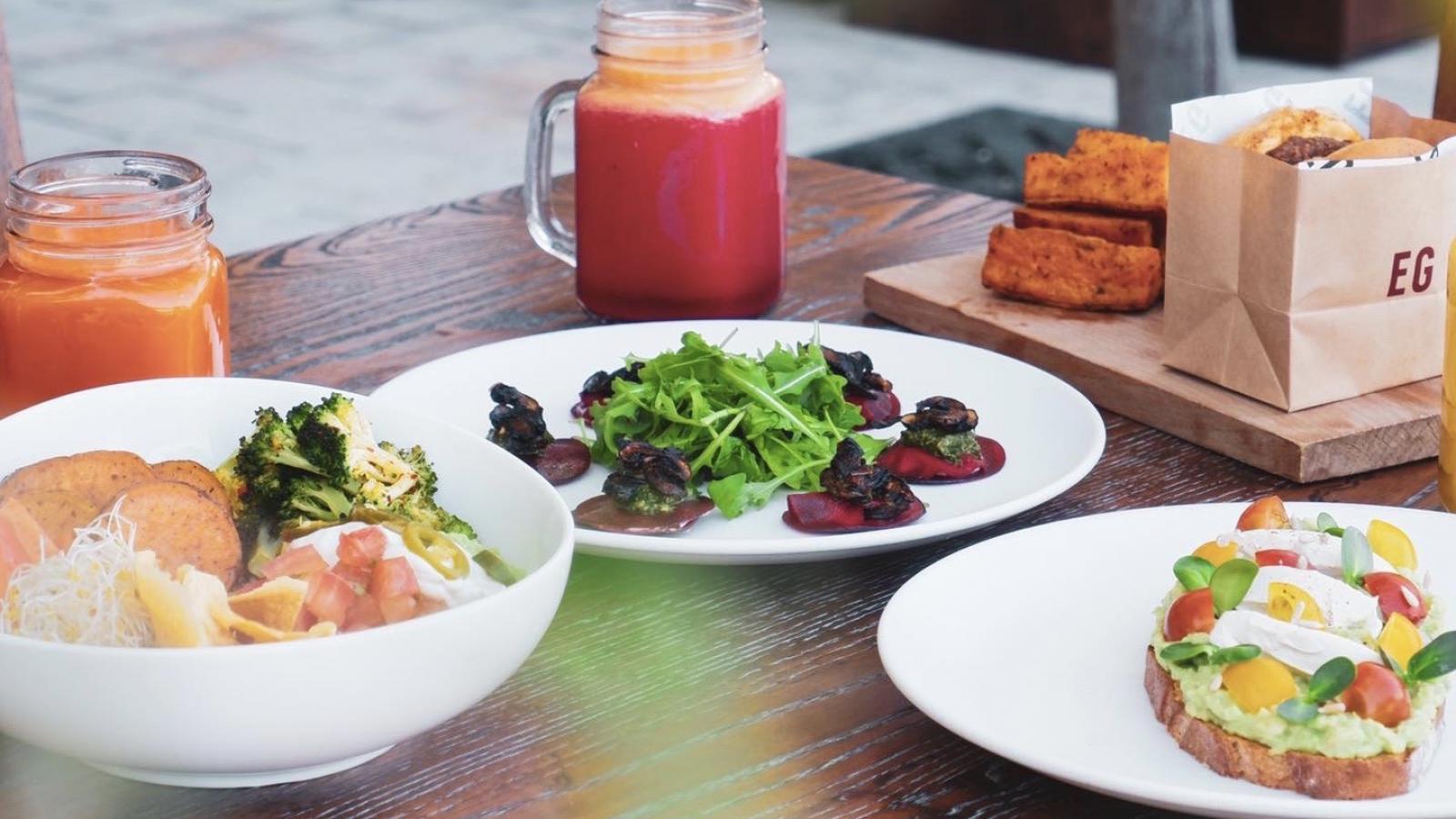 While there are a number of restaurants and cafes in Doha that have a number of vegan items on their menu, it is still quite difficult to comb through the menu, looking for specifically vegan items at places that offer meat and vegetarian options as well.

Veganism has become quite popular over the years, with people in Doha increasingly completely cutting out foods from animals, and sticking to plant-based options. However, there are only a few restaurants and cafes in Doha that are 100 percent completely vegan. These few places are reputable for making the vegan lifestyle much easier for those that opt for plant-based food. They provide yummy vegan food and drinks in a large array...from breakfast to dinner, snacks to dessert, and smoothies to fizzy drinks! 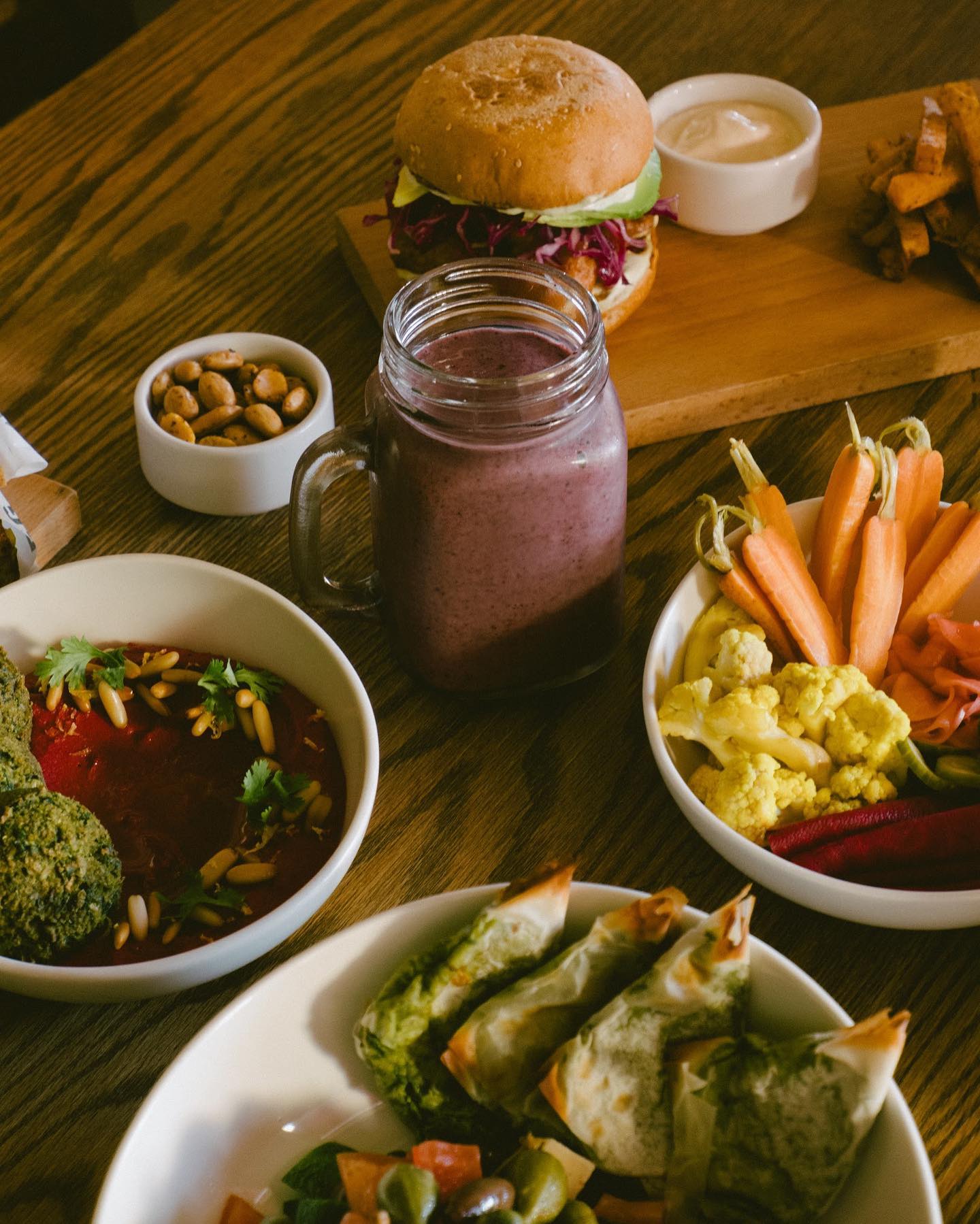 Evergreen Organics is the first 100% vegan cafe that opened in Qatar back in 2016.

They consist of breakfast, all-day items, and drinks on their menu. The breakfast and all-day sections offer a large selection of items, such as pancakes, burritos, acai bowls, soup, pasta, pizza, tacos, salads, sandwiches, burgers, and desserts. Similarly, the drinks menu is quite wide-ranging too, including cold-pressed juices, smoothies, fresh juices, elixirs, coffee, iced drinks, and hot drinks! Not only is it the first 100% vegan cafe in Doha, but it is also the vegan cafe with the most number of options in their menu. They also have many gluten free options.

As of now, there are two Evergreen Organic cafes in Doha, located in The Pearl and Hamad International Airport (HIA). The branch in The Pearl is open from 7am to 11pm, whereas the branch in HIA is open 24/7. They also have a branch opening soon at The Gate Mall.

Evergreen Organic is also available to order on their website, evergreenorganics.qa, where they offer meal plans as well, both on a weekly and monthly basis. They are also available on food delivery apps Talabat, Snoonu, Akly, Rafeeq Foodak, and ASAPP, and have frequent pop-up stalls at markets such as the Torba Farmers Market.

The food items on their menu range from QR 18 to QR 72, excluding sharing platters, whereas the drinks menu ranges from QR 20 to QR 45. 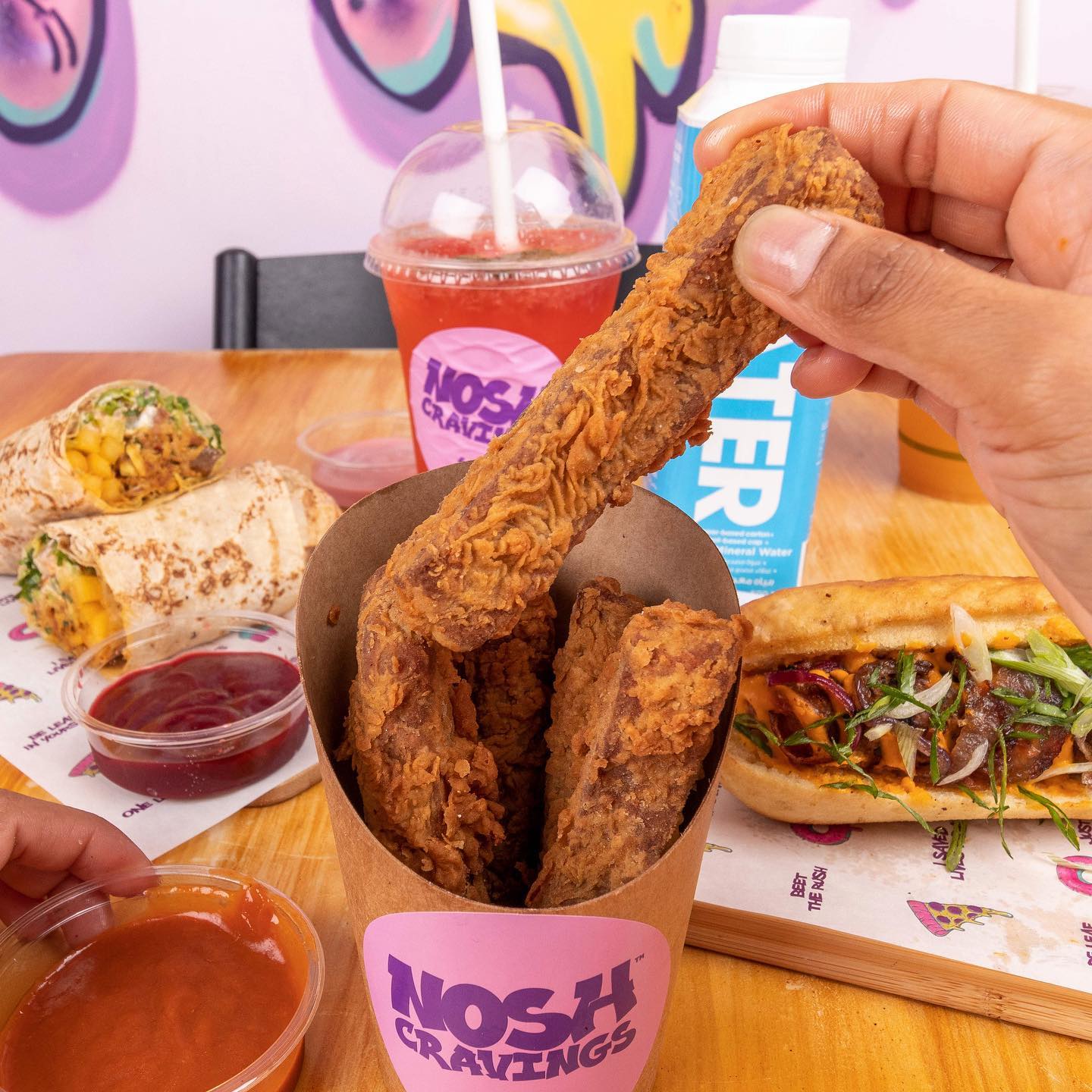 Nosh Cravings is the first vegan fast-food restaurant in Doha, which opened in October 2020. Their menu has a wide number of fast-food items that consists of meat-substitutes such as Beyond Meat, which is a plant-based “meat” that tastes, looks, and cooks like meat, but without soy, GMOs, cholesterol, hormones, gluten, etc. They also have many gluten free options.

Some of these vegan food items include burgers, fries, pizza, hotdogs, mac n cheese, salad, and desserts such as cupcakes, donuts, cookies, brownies, apple pie and ice cream. They have a breakfast selection too, serving egg biscuits, burritos, rolls, waffles, karak, coffee and fresh orange juice. Nosh Cravings has a number of other vegan drinks as well, such as mojitos, lemonade, and milkshakes. They are also the first restaurant in Qatar to introduce vegan shawarma!

Nosh Cravings is currently located in Al Andalus petrol station, open from 8am to 10pm on weekdays, and 8am to 11pm on Fridays and Saturdays. They are known for their family-friendly, funky, urban aesthetic, and operate on a first come, first serve basis. Nosh Cravings is also available on food delivery apps Talabat and Rafeeq, and are introducing a food truck soon.

Nosh Cravings also offers a celebration menu, where custom orders for three, four, and five-layer cakes can be made, as well as pies and 24 piece desserts such as cookies and donuts. 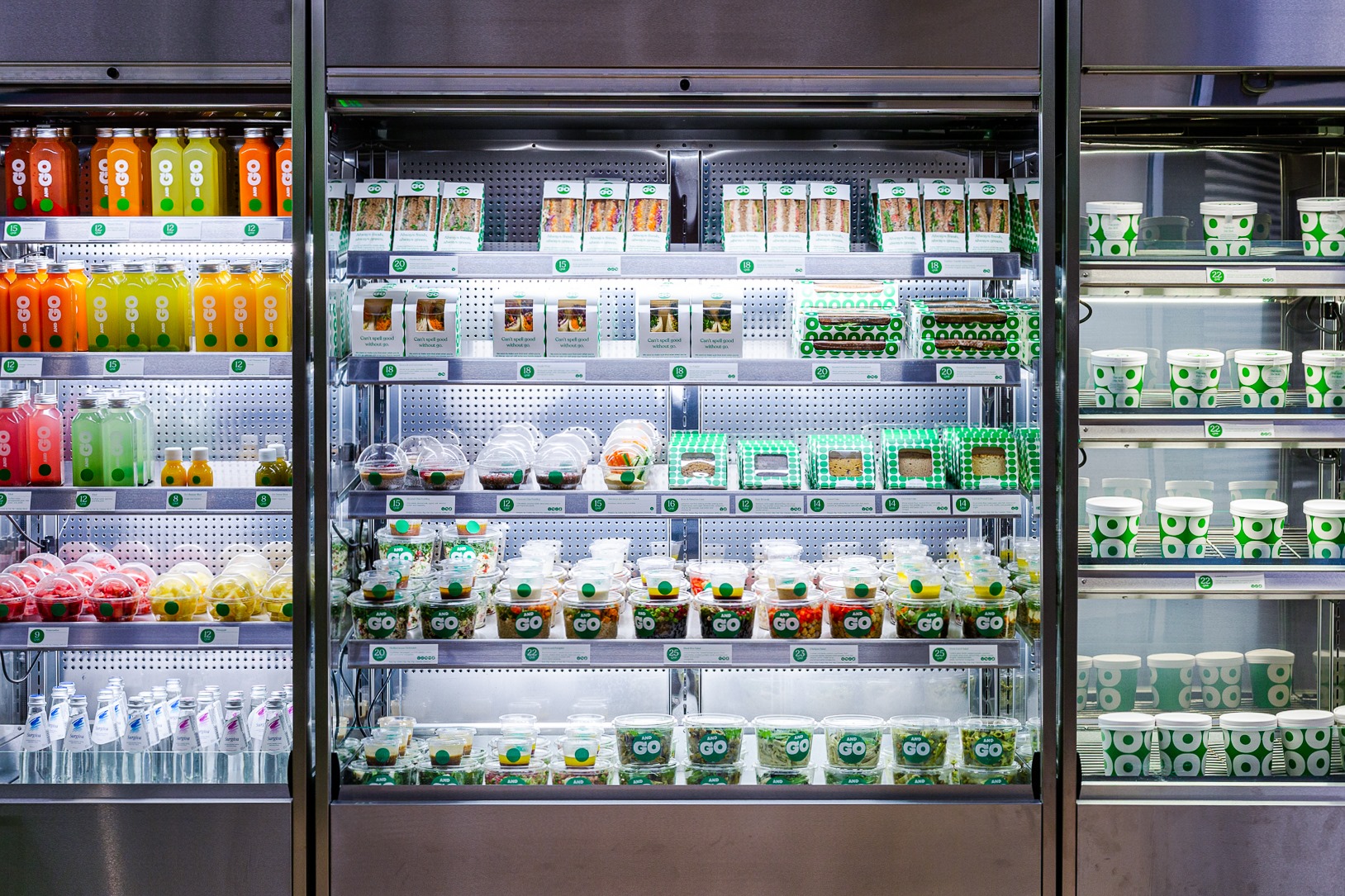 Launched by the very owners of Evergreen Organics, Green and Go is a fast and convenient “grab-n-go” concept, as suggested by the name. They offer cheap, pre-packaged plant-based healthy food, such as bagels, sandwiches, soup, falafel, pudding, salad, nuts, and cut fresh fruits. Green and Go also has a few dessert options, such as cafe, muffins, and cookies. More famously is their drinks menu, where they provide fresh juices, shots, elixirs and smoothies...as well as both iced and hot coffees and teas. They also have many gluten free options. 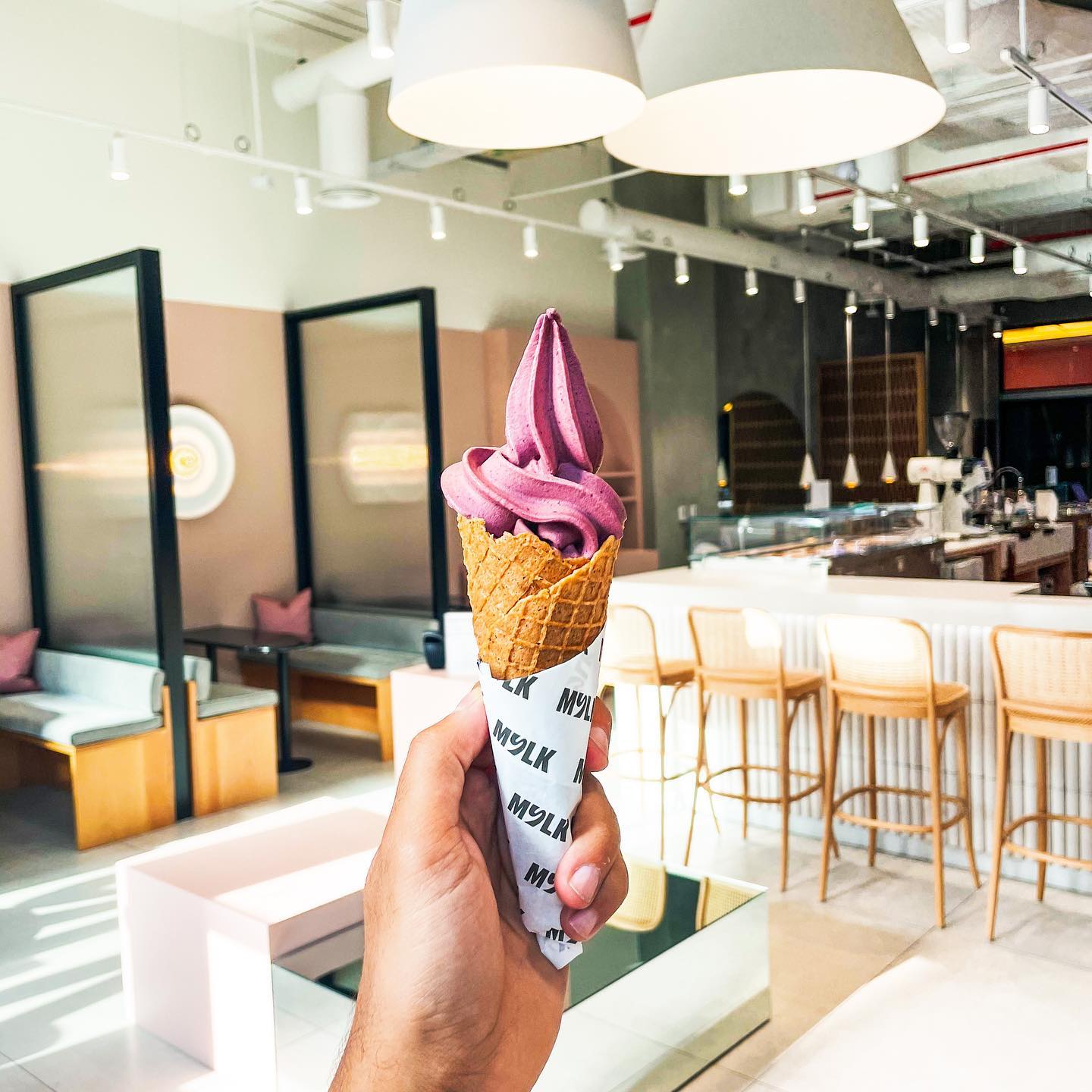 MYLK is a plant-based, dairy-free cafe that focuses on alternative dessert options. They have a large number of options for all kinds of desserts, such as ice cream, chocolate, cakes and cookies. As their name suggests, they also provide a number of alternative milk options, such as almond milk and cashew milk, as well as smoothies, coffee, coffee-free drinks, and also croissants! They also offer many gluten free options.

MYLK currently has a cafe located in The Gate Mall, but is also available to purchase from their website, themylkshop.com. The MYLK branch opens from 7am to 11pm on all days except Fridays, on which MYLK opens from 8:30am to 11pm. MYLK is available on delivery apps Talabat, Snoonu, and Rafeeq. There is also a “MYLK fridge” located in the Evergreen Organics cafe branch in HIA. Additionally, they frequently have stalls in different markets and events such as the Torba Farmers Market and the Al Khor Carnival.

Their dessert options range from QR 25 to QR 199, including the several items available in packs, and their two croissant options which are QR 41 and QR 42 respectively. The MYLK milk options range QR 15 to QR 25, with all types of smoothies costing QR 39. Their tea, coffee, and coffee-free drinks range from QR 18 to QR 29, excluding set items and loose tea bags. 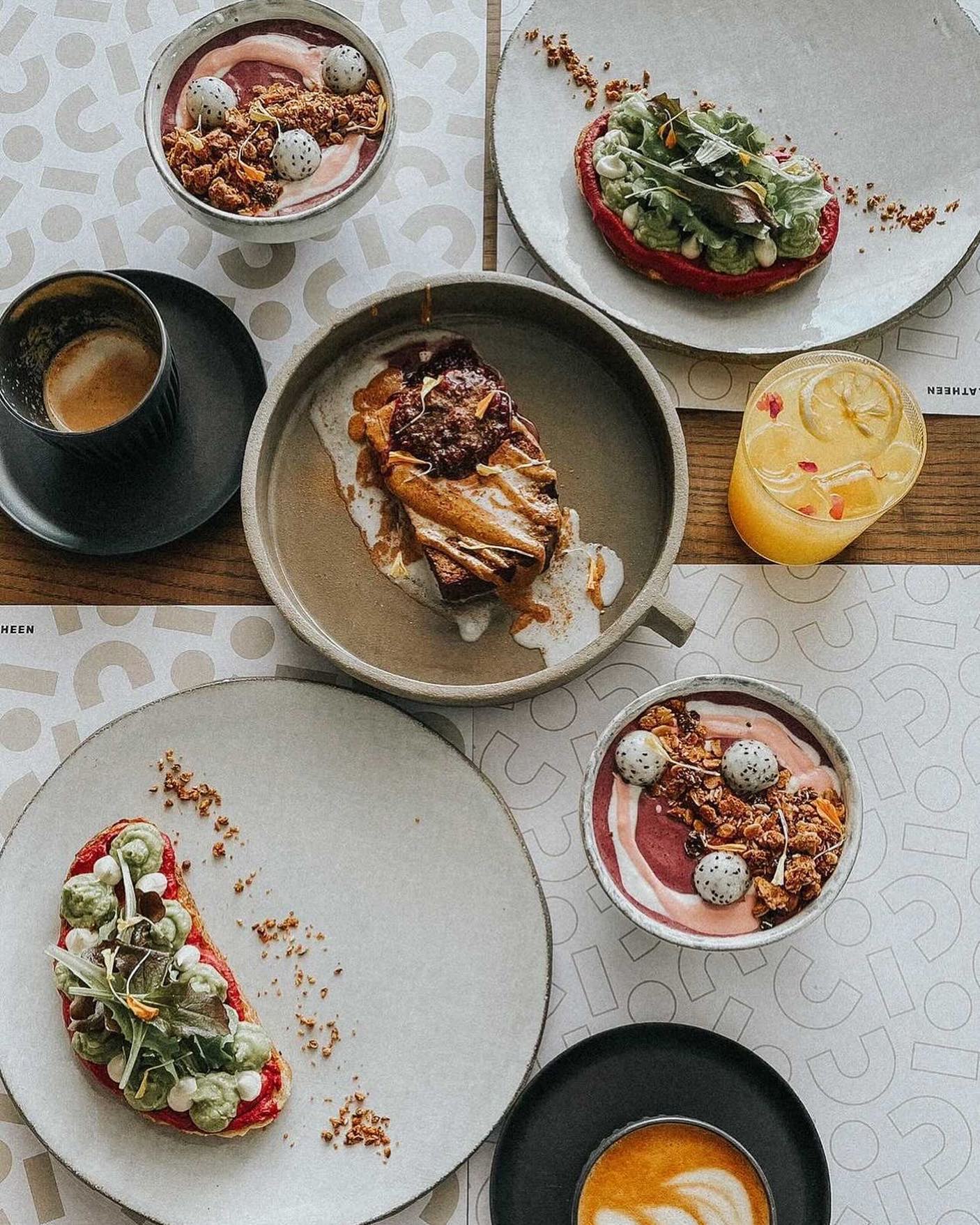 Located in the National Museum of Qatar, Thalatheen is a cafe which encompasses Qatari heritage, and is filled with culture, education and arts. Their goal is to bring people from different backgrounds together through their plant-based food, and turn their consumers into innovators. Furthermore, they are trying to increase the percentage of people following plant-based diets to 30% in Qatar by 2030, by providing a fast, accessible and easy path to vegan food.

Thalatheen is open from 9am to 9pm everyday, with the exception of Sunday, the one day the cafe is closed. They are also available on delivery apps Talabat, Snoonu and Rafeeq. 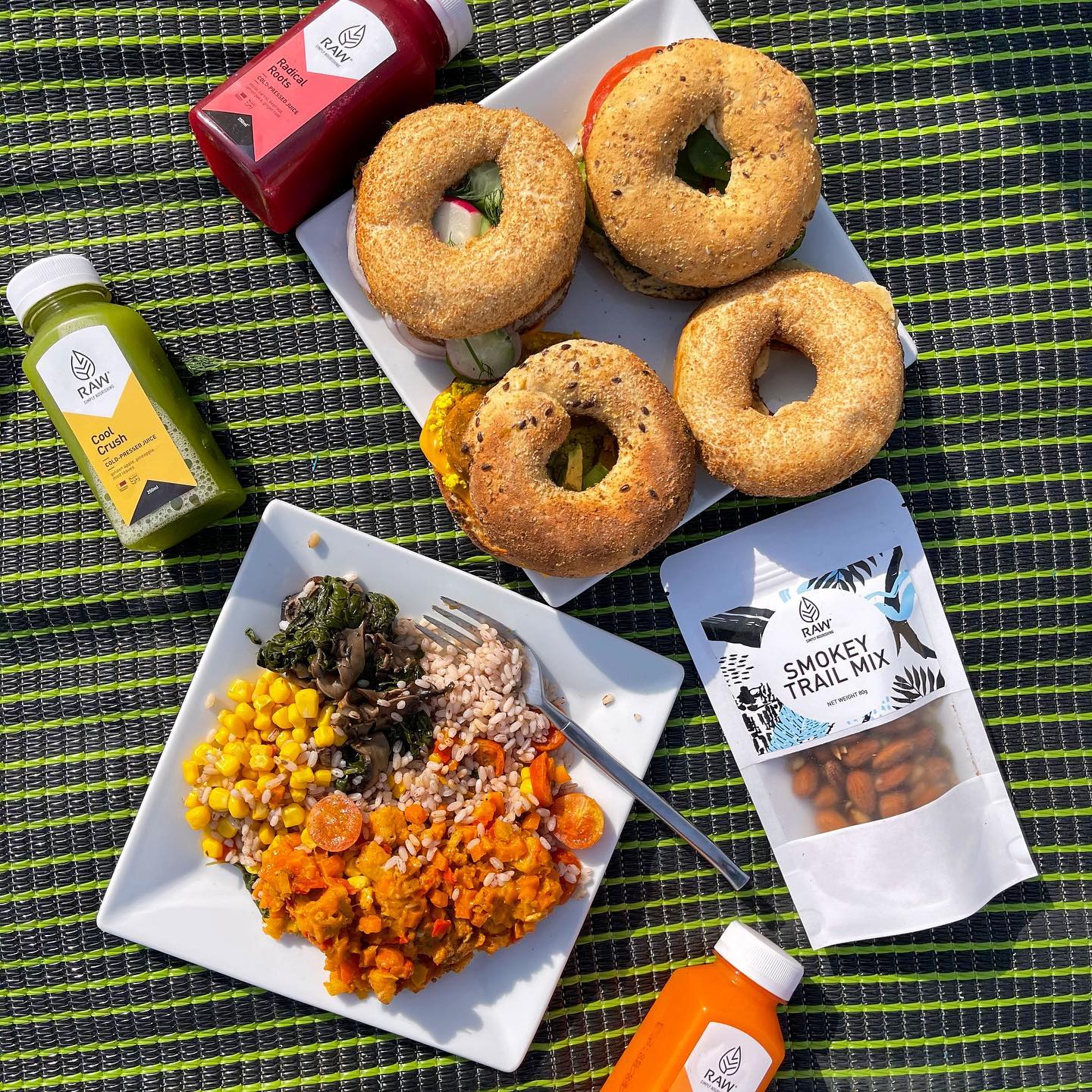 Raw ME is a plant-based beverage and food company that aspires to make plant-based items accessible to everyone. They have won several awards in both national and regional competitions for their juices, such as securing the semi-finalist position for the MIT MENA award, and placed second for the Firka Award.

They started as a family business in 2012, but their products, which at the time consisted of only juices, were only available online for office and home delivery, along with custom orders for institutions such as schools.

Now, Raw ME has branched out and provides a wide range of food and beverage products. They have a weekly menu, and provide meal plans, which consists of foods such as salad and vegetables. Holiday menus are also available, according to different occasions and seasons.

Asides from their standard food menu, with items such as cauliflower pizza dough balls, vegan tuna sandwich, mac n cheese, and salad, they also serve a large selection of desserts. These desserts include different types of ice cream, cakes, muffins, brownies, pies, and spreads. They also have a number of packaged fruits and packaged snacks, such as apples, nuts, kale chips and granola. Not to mention, their famous juices in a number of different flavors are available, alongside other drinks, such as protein smoothies, coffee and detox tea bags. Beauty water drops are also available for those that want to glow inside out!

Raw ME currently has a cafe in Lagoona Mall, as well as multiple pop-up stalls in different locations such as universities and markets like the Torba Farmers Market. Their cafe at the Lagoona Mall is open from 9am to 9pm on weekdays, whereas on Fridays and Saturdays it is open from 3pm to 9pm. They are also available to order on food delivery apps such as Talabat, Carriage and Rafeeq, as well as through their website. Raw ME juices and snacks can also be found in retail stores such as Mega Mart located in The Gate Mall, Spar Qatar in Tawar Mall, and selected Carrefour Qatar branches.

Asides from these six places, there is also an online initiative based in Qatar, FRESH Doha, that serves vegan food to your doorsteps. Orders need to be placed via Instagram. They recently started selling some of their items at Coffee District Qatar, but currently do not have a branch of their own.

There you have it! A list of the completely 100% vegan restaurants and cafes in Qatar so you won't have to scour the menu to look for the vegan section or vegan items...everything is vegan here. From budget-friendly fast-food to slightly pricier salads and bowls, these places have you covered.

By Qatar Living·0·6 days 20 hours ago
Reaching your ideal and healthy weight only requires a few simple alterations in your lifestyle including increasing the quality of the food you usually consume. 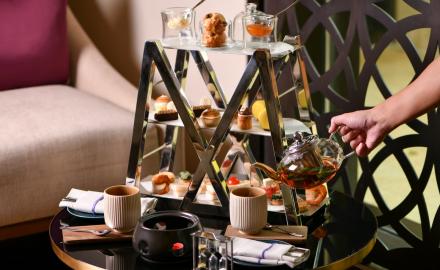