I am no authority when it comes to food in Qatar nor do I qualify as a serious foodie. However, I have been in Qatar my entire life and I happened to know a few good restaurants that can give you great meals for amazing value.

I would have claimed that I unoffically specialize in finding the greatest and cheapest restaurants in Qatar, but I don't that much anymore. Let me tell you one thing about me first though - I am the kind of person who sticks to favorites. I hate going outside my comfort zone when it comes to trying new kinds of food, hence why I'm not a serious foodie.

Having said that, I thought I would share three of my go-to desi restaurants in Qatar that can fix me a meal for cheap. Desi loosely translates to things or people from the Indian subcontinent. So here are my top three desi food outlets:

I can vouch for their Momos (dumplings) because that’s what they are famous for. They were so good that we had a second helping.  It's quite cheap at QAR14 for a plate of 10 Momos. They have fried and steamed Momos that are served with some tangy and spicy sauces. I personally prefer the fried ones - great for munching on.

The restaurant also serves plenty of soups under QAR10, but if you're trekking to Himalayan, it should be for their delicious momos.

It's a purely vegetarian place and in our opinion they have THE BEST Ghee Roast dosa in town. At QAR11, it is like having the cake (ghee roast) and eating it too, literally. Ghee roast is a basically a crispy thin dosa that's served with sides of sambar and assorted chutney, which is an extremely popular South Indian dish.

Vasantha Bhavan is known for their South Indian dishes, but they also serve some nice North Indian cuisines. I think they serve decent Chola Bhatura and they have a good selection of curries and breads.

The restaurant has super reasonable rates. I am a meat lover, but if I am in the mood for some vegetarian desi food, this is where you'll find me. And remember, it's a pure vegetarian restaurant - sadly no meat!

This is by far the best Pakistani restaurant in Doha, in my opinion, that can satisfy my taste buds and appetite on a budget. Tucked away in a congested neighborhood in Fereej Bin Mahmoud, Jamal's is considered a hidden gem. This is by far the most expensive outlet in my top 3 choices (around QAR30-40 for two people), but also the most fulfilling as they have a variety of dishes to choose from daily.

Jamal's also has a first-come-first serve policy. If you arrive late, you're not getting any food as the chef only makes a set amount of food daily.

Jamal's was originally famous for their biriyani, but in all honesty, there are better biriyani options out there now. However, their pot dishes and curries are to die for. Dal Chana Mutton, Chana Chicken and Chicken/Mutton Karhai are my usual favorites and if they have Aloo Paratha (potato-stuffed bread) and some Raitha (mint yoghurt) then I'm all set.

They also serve amazing kheer (rice pudding) and carrot halwa. What I love about Jamal's the most is their homey approach and their kind service.

Some of you may agree to disagree with my choices, but this is obviously my personal opinion. If you haven't been to any of these restaurants yet, you're missing out on some great desi food.

mm Vasantha bhavan u may tried in only in doha

next to kims hospital 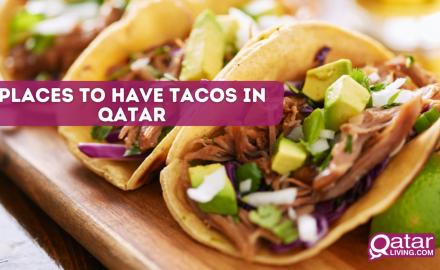 Places to get Tacos in Qatar 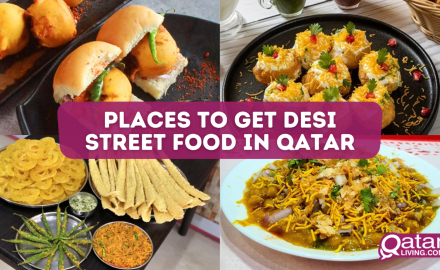 Places to get desi street food in Qatar 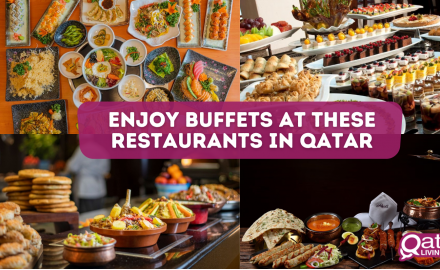 Enjoy buffets at these restaurants in Qatar