The Minister of Economy and Trade’s Consumer Protection Department (CPD), has released its first advertisement identifying a violator, after a year of stating that it would name and shame restaurants that have been closed for health violations.

The first violator identified was Shiraz Garden Restaurant in New Salata  which was closed for 2 weeks since October 2nd after it was found falsely selling whitefish fillets labeled as hammour.

In addition, 50 more restaurants were closed down in the industrial area, however these have not been named. Other well known restaraunts such as Thai Chi at Villaggio Mall and IDAM, the Alain Ducasse restaurant at the Museum of Islamic Art – have both been closed by the municipality for for some time this month.

​What are some restaurants you usually eat at?

Wow....Did they have such clean and shining kitchens as in the picture in the restaurants that they shut down at the Industrial area. If yes then they must have been shut down for overcharging rather then for health or cleanliness issues

I agree with this action ...

@brit: Did someone arrest him Because I didn't see him here in Ql for a long time ...

By britexpat• 8 years 5 months ago.

I hear that Rizks' Emporium is also under investigation :O(

By rashaddiab• 8 years 5 months ago.

Thai massage in Al Nasr St. food is amazing but the problem is cockroaches are full time employees over there!

By contactjaveed• 8 years 5 months ago.

By doha estate• 8 years 5 months ago.

Can i report some restaurants too ? LOL.

By Qatar Living·0·3 weeks 6 hours ago
Whether it is traditional jalabiyas and abayas for women or the thobe and ghutra for men, there are many shops that cater to this requirement. Here’s where you can shop for traditional Indian and Arab clothing for Eid 2022 in Qatar.

By Qatar Living·0·3 weeks 22 hours ago
It's that time of year, when the anticipation for Eid Al Fitr is building up along with Henna appointments from all across the region. 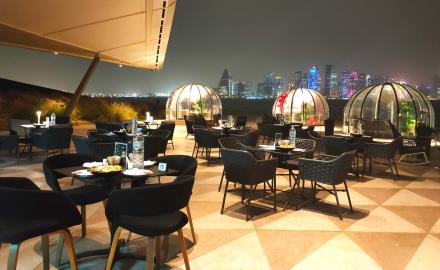 Voute Cafe: An exquisite dining evening with a view

9 Unique Cafés to explore in Qatar 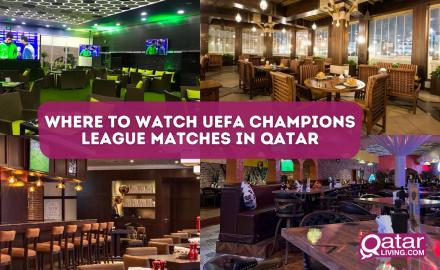 Where to watch UEFA Champion League matches in Qatar