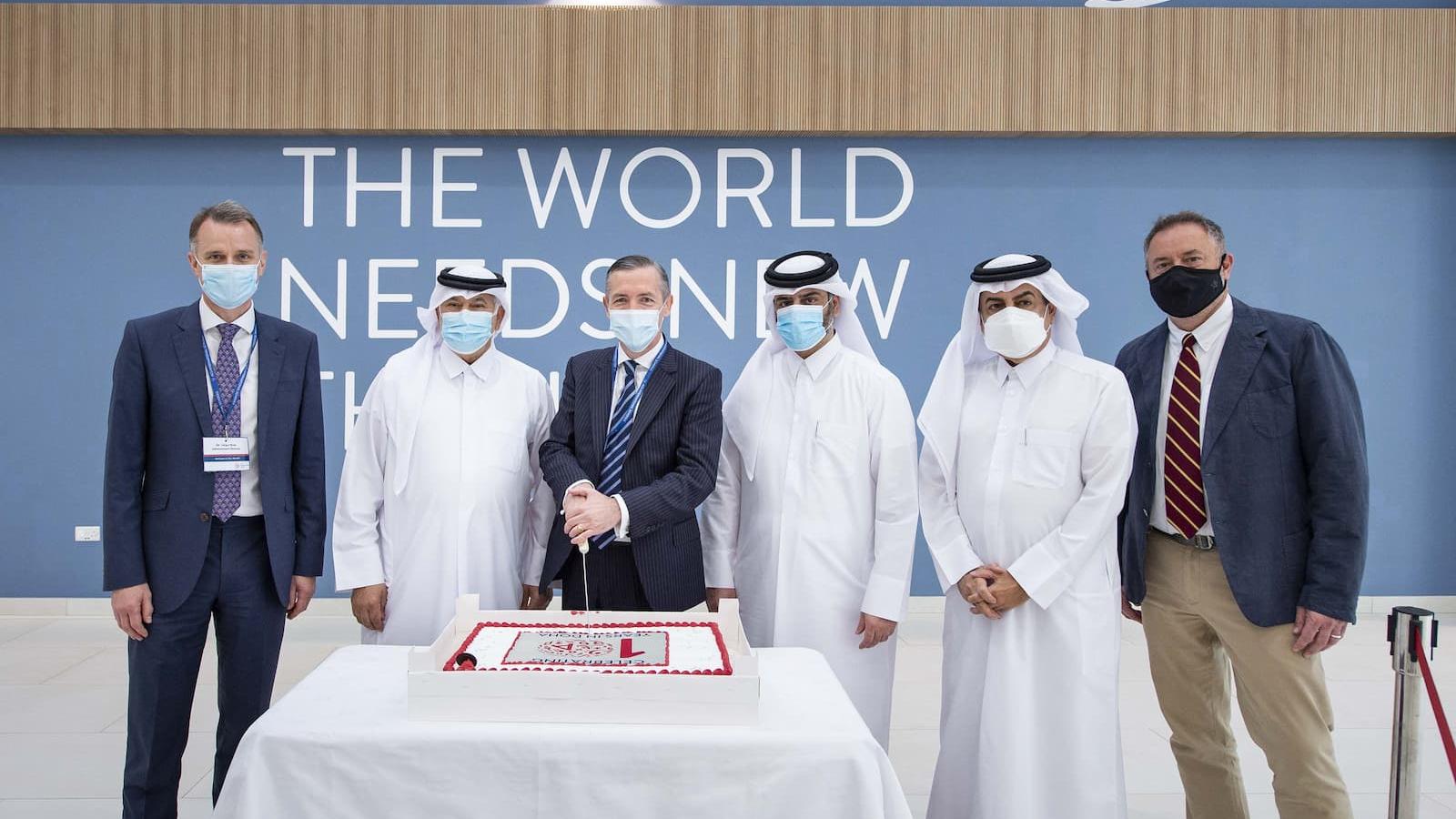 ACS International School Doha has marked its tenth anniversary in a series of events this month.

They were joined by Mr Tim Cagney, Chief Executive of ACS International Schools, and senior leaders from the school’s Head Office in the UK.

Speaking at the ceremony, Mr Rob Cody, Head of School, ACS Doha, said, “During the Covid pandemic, we were thankful that due to our large new campus being purposely built with many breakaway rooms, and learning centres, we were able to remain open for face-to-face learning, while maintaining a safe, rigorous, and dynamic learning environment.

“Now that we are moving to a gradual easing of restrictions, we’re able to use more of our outstanding facilities with extra-curricular programmes and purpose-built innovative spaces for our students – from Early Childhood to High School – to collaborate, and opportunities to bring in the wider communities and partners our school serves. We have bold ambitions to grow. This is an exciting opportunity for us in our new campus.”

With public safety measures and COVID restrictions throughout the majority of last year, for some guests, it was their first opportunity to visit the new campus, which opened in autumn 2020, and fully explore the student facilities including all-weather athletics track, fitness suites, new generation artificial football pitch, drama studios, music practice rooms, a state-of-the-art theatre, and the 25-meter swimming pool and learners’ pool. 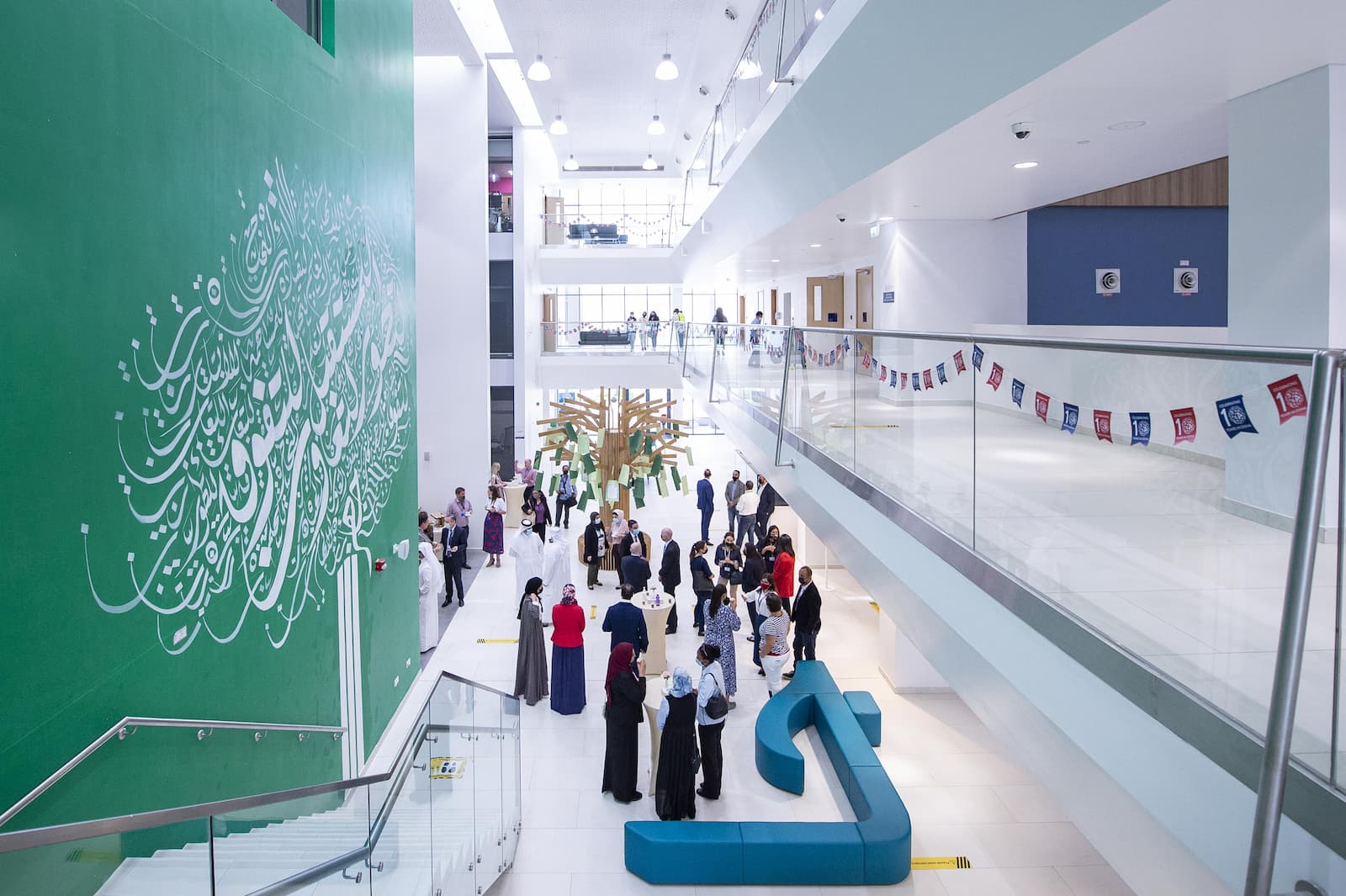 Tim Cagney, Chief Executive, ACS International Schools, said, “Our decade in Doha has truly cemented our commitment to Qatar. We not only recognize our role in contributing to the human development goals of Qatar’s 2030 National Vision; we see it as our responsibility. It’s a responsibility we take very seriously. It’s also something that aligns strongly with our own purpose at ACS International Schools, to inspire the world’s next thinkers and doers.”

Mr Cody and Mr Cagney both paid tribute to the school’s celebrated multicultural, inclusive, and supportive community of families and staff spanning over 70 nationalities, and to the invaluable support of ACS sponsor, Mr Mohammed Sultan Al Jaber, Chairman of Al Jaber Group W.L.L, whose organization constructed the new campus.

Mr Al Jaber said, “I am proud to have partnered with ACS Doha to deliver an international school that enhances Qatar’s educational offering and resonates so strongly with the National Vision 2030. Going from 200 students when the original campus opened in 2011, to its state-of-the-art campus with capacity for over 2,000, ACS Doha is committed to Qatar’s ambitions on being internationally recognized for the quality of the education it provides and has the experience to enrich the futures of generations of students to come. This campus offers enormous potential to inspire learners and educators alike.”

“With ACS International School Doha, not only are they celebrating 10 years in Doha, but bringing with them over 50 years of renowned international education. I would like to congratulate them on their success and wish them well as they start their new journey in this landmark campus,” commented His Excellency Jon Wilks, British Ambassador to Qatar.

During the VIP reception, ACS Doha’s leaders buried a time capsule in the school’s garden, filled with ACS students’ hopes and dreams for the next ten years.

Other activities included the opening of an anniversary garden, creating tiles to represent the flags of the many nationalities represented at ACS Doha, Early Childhood students making a quilt, and a special art project for Middle High School students.

ACS Doha also hosted celebratory events for its parent community, students and staff, including a special dinner honoring the many founding families who have been with ACS Doha since 2011.

By Qatar Living·0·3 days 22 hours ago
Explore a host of exciting activities you can indulge in with your loved ones during your summer weekends in Qatar.

By Qatar Living·0·5 days 21 hours ago
While there are many activities you can indulge in, we’ve compiled a list of five things that you are sure to enjoy at the Library.

By qatarliving·1·3 days 20 hours ago
The Summer Trade Fair at Katara Cultural Village will open on May 19 featuring 220 local and international enterprises.

By QLNews·1·2 days 21 hours ago
Covid-19 limitations are being eased with joint efforts of Qatar government institutions and co-operation of residents, according to the Ministry of Public Health.

By eShops·0·2 days 23 hours ago
Curl creams, shampoos, and chemical-free hair products for curly hair, find all in Qatar from these stores

By Qatar Living·0·3 days 8 min ago
The ultimate destination of Latin heritage and Mexican culinary, SenorRitas Tex-Mex, the largest specialty Mexican restaurant in Qatar, located in the Lusail area at the Cielo Hotel, has officially opened.
Post to Forum
Sponsored Posts 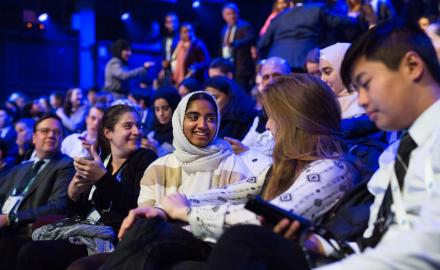 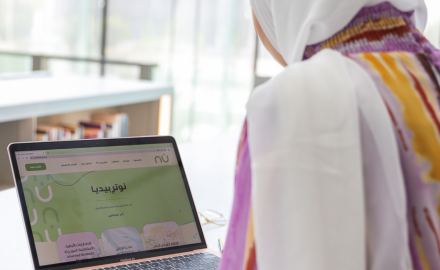 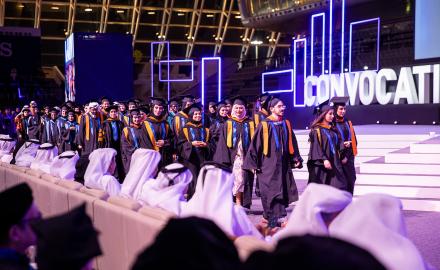