More than 100 teams representing 51 countries from around the world have convened in Qatar to participate in the fifth edition of the International Universities Arabic Debating Championship, hailed as the largest university debate competition in the world.

The five-day championship that began in Doha yesterday is organized by Qatar Debate Centre, an initiative of Qatar Foundation, and is held under the patronage of Her Excellency Sheikha Hind bint Hamad Al Thani, Vice Chairperson and CEO of QF. The competition will continue until Wednesday, the 20th of March.

Selections from the opening ceremony of the 5th International Universities Debating Championship.#QatarDebate#IUDC5 pic.twitter.com/2YD8t5gYbD

At least six teams from Qatar are competing in the event which saw more than 600 local, regional and international participants at the opening ceremony held yesterday at the Qatar National Convention Centre (QNCC), reported Gulf Times.

Aimed at strengthening the educational and cultural relations between the countries in attendance, the competition provides a platform to Arabic-speaking and non-Arabic speaking youth to engage in discussions and share their experiences with each other, The Peninsula reported.

"The championship is an opportunity to learn and practice Arabic language, which is fast becoming a language of research, literature and creativity,” Dr Hayat Maarafi, Executive Director, QatarDebate, said at the opening ceremony.

Our guests from all around the world have arrived to #Doha, ahead of their participation in the 5th International Universities Debating Championship.#QatarDebate#IUDC5 pic.twitter.com/daR53GVYgj

Among the teams from Qatar, two are from Qatar University, two from the Community College Qatar, one from Carnegie Mellon University in Qatar in addition to a team from Police Academy.

Noor al-Dulaimi, part of a four-member team from the University of Utah in the US, said she was excited to compete in such a great championship.

“We are participating in the championship for the first time and we are all excited about it. With my fellow teammates, we started the preparations for the competition from November 2018. The championship is also an opportunity for us to learn more about the Middle East and interact with several university students from around the world," explained al-Dulaimi.

At a press conference held on the sidelines of the event, representatives of the teams from Qatar shared their views on the championship and highlighted their experiences while gearing up for the championship.

A press conference with all the Qatari teams taking part in the International Universities Debating Championship.#QatarDebate#IUDC5 pic.twitter.com/jBlk3Oeom9

The representatives said that apart from debating the opportunity to experience different cultures and interact with teams from different countries is particulalry attractive about the event.

They further mentioned that the championship allows them to hone their public speaking skills, and become more tolerant to various ideas.

Dr Hafsat Abiola, President of the Women in Africa Initiative and a Nigerian civil rights activist who is currently in Qatar, also attended the first day of the championship.

Dr Abiola delivered an inspirational speech shedding light on the challenges faced by her family and herself during political tensions in Nigeria. She stressed the important role women must play by actively participating in all walks of life.

By QLNews·2·2 weeks 13 hours ago
From today, May 22, 2020, it is mandatory for all citizens and residents of Qatar to install the 'Ehteraz' app on their mobile phones. 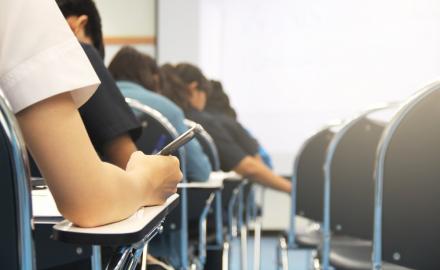 Tips for secondary school students for writing exams during COVID-19

The future of jobs for today's students