Last Saturday I took my son to attend his football training again … He used to go to the same training session with Evolution Soccer while he was in the nursery, back then he was not too keen and said he rather doing his Tae Kwon Do, not football. So I stopped the football and let him to carry on with his chosen activity. That was over 2 years ago. Few months back we went to the expatriates football match and he saw his previous coach, coach West, Captain the England team and told me he wanted to go back to his football again.

To cut a long story short, after I get in touch with the Academy Director, Mr. Westmoreland (kids call him Coach West), I took my son to Education City for his first session. I was being told that he would be in the under 8 group (year 2 and year 3). The training would be twice a week, every Saturday at 10.15 to 11.15 and every Tuesday at 16.30 to 17.30. Saturday’s venue is Education City, and Tuesday’s venue is Doha College.

In the car, he was rather nervous … Keep asking me whether he will know anyone on the football training. My son will turn 7yrs in October, he is a sociable kid and good in mingling with others but still going to a new activity is rather a challenging task for him. I told him not to worry about it … I am sure he will met someone he knows at the training session.

Arrived in Education City, parked my car and I went to registration table. Paid the fees and received a nice red Liverpool Jersey and a starter pack with a form that I have to fill up and submit the following week. While I queue for the registration … he keep chattering away and pointing out other kids that he knows. Two boys from his class were in the same training session , one of them in the same group with him. There were also a few kids from the same Tae Kwon Do training centre … and loads of them from the same school.

The community in Doha is not very big … when there is a good activities around, it’s always get around very quickly. You can tell by the number of parents bringing their kids to register for the course. Evolution Soccer formed in 2007 by Tommy Westmoreland. My son went took one package when he is younger, then he losing his interest and prefer doing his Tae Kwon Do.

Now he is a bit older (and brain washed by his Daddy’s TV EPL every week :-) ) he is more interested in kicking the ball thingy around!!

The lesson started with warming up … Coach West asked the kids to grab a ball each, and then they have to do some routine with the music. Later on he told the kiddies that before the training start, the kids have to do this routine. My son calls the warming up routine as ‘silly dance’.

Then the coaches chose his / her team members. Each coach responsible to 6 – 7 kids. There are 15 coaches. My son can’t remember his coach’s name. He actually wanted Tommy West to be his coach, after the training he said he is happy with his coach. He looks forward to next session with the same coach .

After the warm ups, the kids started playing ‘proper’ football with goals and stuff. They look like a swarm of bees chasing the ball :- ) Obviously they were being coached and seemed to enjoy themselves with all that running around. They got hot and sweaty, but plenty of breaks for water and rest.

I also found out that Evolution Soccer also cater birthday parties for kiddies. The fees range from QR 900 for 12 to 16 children up to QR 1500 for 25 to 36 children. That’s a good alternative from McDonald or Jungle Zone birthday party.

Session took about an hour, at 11.15am the kids were dismissed. My son chatter away in the car on the way home. He said he couldn’t wait to go to the Tuesday session in Doha College.

Anybody out there want to register their children you can visit this website :

You outdo yourself each time, both with the camera and with the words. very nicely done, and i am sure the evolution soccer guys should be thrilled to pieces right now...

novita, you have a British Husband and you call it Soccer?? For shame!

Hey Novi, nice write up n pics too . Just last nite I was online and some of the threads/posts were kinda giving me a headache. I saw ur name online n was just thinking, it would b nice to hear sumthin from u. I missed ur post in the evening, but saw it this morn. Thanks a lot. Just wanted to ask- What kind of parties do they organise?

his session starts at 1:15 PM, will take him back on Monday after school.

"The best way to predict the future is to create it".

...correct English, i.e. British English, but it's a changing world out there.

Thank you Tallg :) My son loved it now ... different attitude all together ... I dont have to push him to go lol.

PM ... you can come anytime in Education City every Saturday at 10.15 to 11.15 am (thats my son's training time). If you leave nearby why dont you pop in and we can chat while we watching the kids? You have my number anyway, call me if you decide to come on Saturday.

Nadt ... you should try again next year ... When i started with my son ... his training was in Al Jazeera academy. He stood in the middle of the pitch, sucking his thumb and wont do anything. His dad had to do some running around with him ...

By Mandilulur• 13 years 7 months ago.

Novi, thank you for the beautiful and uplifting topic and images - we needed that! The recent posts about/by Sofia and Overlook were like watching a fatal car accident - horrifying and nauseating but difficult to turn away from. You and your son have given our spirits refreshment and allowed us to focus on what is really important in life.

Great write up and photos Novia and I am with Amnesia on this one: F O O T B A L L

i might come and join you one Sat! wearing my Football tshirt!!!

Great pics Novi, he looked like he was really enjoying himself, ill have to show these pics to my son who as you know refused to get out of the car on saturday..Maybe next year..

Nice write up. Glad your son enjoyed it. Thanks for sharing Novita.

LOL QT - i just stuck two pages of a text book together so I can ignore it.... I am meant to teach the pronunciation of 'wanna' 'gonna' etc...

Yes right...kiss my English bum... that is NEVER happening in MY classroom!

and yes I will put a Y in tyre!

I took my son yesterday Saturday and enrolled him, he enjoyed his time ... Thanks

"The best way to predict the future is to create it".

Unfortunately "American English" seems to be more popular around the world.

I will come with you one Saturday and then you can throw a football at my head! LOL

Nov, I think you can become a very popular journalist ...

Now I'm thinking to send my kids to this soccer evolution, even maybe they are not interested ... :)

I dont write much thread because not much thing happening around Doha during Ramadan. But now Ramadan over and winter is coming, there are alot of event out and about in Doha. When i go to any of them, i surely will share it with another QL users.

I guess the parties they organize would be a football birthday party. I havent use them for birthday party yet, this year my son wanted a play station instead of birthday party. I was thinking maybe next year. If you really interested why dont you go to their website : http://www.evolutionsoccer.eu/ There is an icon on the left hand side for contact. You can inquire yourself to Tommy West, i am sure he would be more than happy to give you the details.

PS: Your little one is only little, i think you need to wait few more years in order to see her kicking around football. :-)

yes oryx, come on Saturday and i would be more than happy to throw football at your head :-)

Amnesia, thats the name of the academy Evolution Soccer. You will have to clarify that with Tommy West :P He also a QL member. I am sure he will read this sooner or later lol.

Ya nove my little one is too small, but I guess u dont know I also have a son who will be 4 on sat. not planning any party this year but just wanted to know, will check the website later, thanks.

Agietra, maybe you should bring your boy on saturday to education city (i know the place is not far from where you live) and see what he says about the activity :)

Mandilulur, Jack Mohan, and Greeker ... thank you for your kind words :-)

logic says, my son turn 7th this month. His session Saturday and Tuesday (Doha College). So we will never see each other lol.

Oryx, QT .... thank you for your compliment of my write up ... (yes i was being sarcastic you two lots hijacking my thread :P). 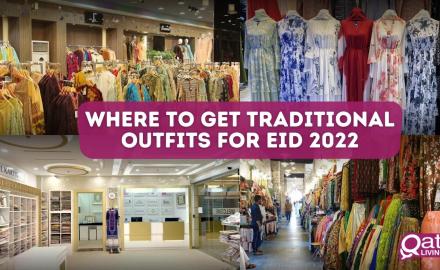 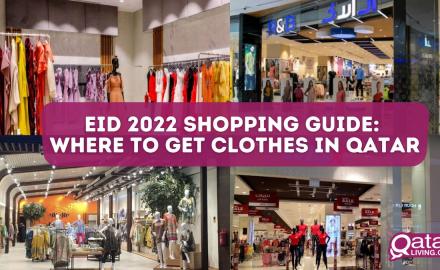 Eid 2022 shopping guide - where to get clothes in Qatar 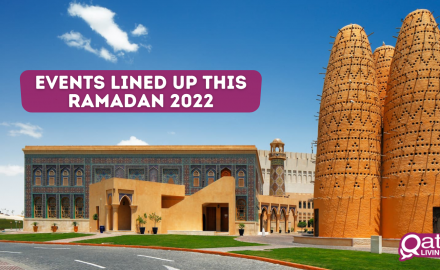 Events lined up in Ramadan 2022