The five Taliban leaders, who were released recently under a landmark exchange deal, celebrated Eid with their families for the first time in 13 years in Qatar.

Under the prisoner exchange deal between the US and the Taliban that was mediated successfully by Qatar, five Taliban leaders held in Guantanamo Bay prison for 13 years were released on May 31 and then flown into Doha on June 1.

At the exact time, an American soldier held captive by the Taliban since June 2009 was handed over to a US Special Forces team in Khost, Afghanistan.

According to several eyewitnesses, some of these Taliban leaders were also spotted on the first day of Eid at one of Qatar’s largest mosques, where they attended Eid prayers.

Since the Taliban leaders are in Qatar under a special arrangement, they did not have to meet the formal requirements applicable to foreigners to bring in their families.

When asked whether the released Taliban leaders liked Doha, where they now live, a senior Taliban source, who is close to them, said: “As you can imagine, these poor people have gone through a lot [of pain] in the last 13 years at Guantanamo Bay. It’s not about whether they like to be in Qatar or not. They’re just glad that they are out of that place and are now with their families. Alhumdullilah, they are all doing fine here.”

Unlike Sgt Bergdahl, who has reportedly started a desk job at the army headquarters and was set to paid around $350,000 for wages earned during his captivity, the five Taliban leaders are not expected to be given any such wages by the Taliban leadership.

In fact, their exact role in the movement was still being evaluated by the Taliban Shura, especially since they remained unaware of the internal dynamics of the militant group, which has changed over the period of the last 13 years.

Gasoline, they are probably too old and broken to commit any terrorists acts themselves, but I'm sure they can't wait to get back to Afghanistan to encourage younger people to kill infidels in their version of religion.

What a touching picture of him hugging his family, shame they could out beside it the men, women and children murdered I Afghanistan because of these men. Maybe show a mother hugging the skeleton of her dead son being reunited for Eid.

By Gasoline• 8 years 2 months ago.

Wait, the Taliban is in Qatar?! How long until they target Westerners and kidnap them or start blowing things up etc? This is not good.

It also makes me laugh someone would report my first comment. Being against murderers and torturers is a bad thing? Or maybe they think all those shias, (thousands of them) deserved to die.

It just make you sick.

“As you can imagine, these poor people have gone through a lot [of pain] in the last 13 years"

Well I guess the people they murdered because they didn't like their religion or those that opposed their barbaric rule of Afghanistan are not in pain any more because they are dead. No justice for those people from these scum of the earth.

Does anyone else find this quite disgusting? These are men implicated in the murder of thousands of shia muslims in Afghanistan as well as the torture and murder of many others. They also oppressed a whole nature which a vicious religious ideology and took women back to the stone age.

By Qatar Living·0·2 weeks 5 days ago
Here are some frequently asked questions on entry and exit from the State of Qatar under different scenarios, as on September 1, 2022.

By Qatar Living·0·1 week 58 min ago
With a mix of entertainment and recreational facilities, discover the new beautiful resorts & hotels in Qatar

By Qatar Living·1·2 weeks 1 day ago
Every Beautiful Game competition launched by Supreme Committee for Delivery & Legacy where a small group of football lovers stands a chance to win a full experience of visiting each match during the World Cup.

By Qatar Living·0·2 weeks 3 days ago
Given the diverse culture and the impeccable gastronomy map that Qatar has, we're all eyes and ears when it comes to the crème de la crème restaurants in the country. 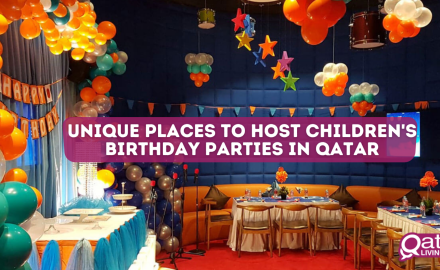 Unique places to host your child’s birthday party in Qatar 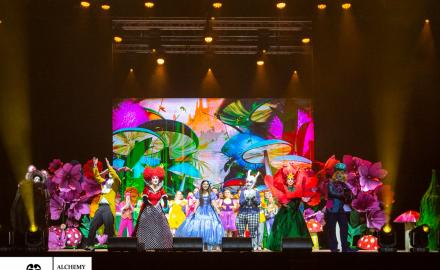