Scientists at Qatar Environment and Energy Research Institute (QEERI) have built a model to understand whether there is enough scientific evidence to indicate a direct correlation between the SARS-CoV-2 virus and the weather.

According to Research Associate Giovanni Scabbia, “there is evidence, at least in the statistical analysis, that points us in the direction that temperature and other climatic variables have some kind of impact on the way this virus is propagating."

About five months ago, Scabia and his colleagues at QEERI, part of Qatar Foundation’s Hamad Bin Khalifa University, began finding evidence in literature that the virus may also be affected by climatic variables.

While influenza viruses had been shown to display seasonal patterns, it was unknown if COVID-19 was similarly impacted by weather changes.

“It is common for most of the flu viruses, and even older coronaviruses like SARS, to get affected by variables in the weather. The usual trend of these viruses is that after a period of peak in the epidemic, their expansion slows down, and the strength of the virus diminishes,” Scabbia said.

Recently, scientists at Massachusetts Institute of Technology (MIT) released a study that indicates “90 percent of reported COVID-19 cases through March 22, 2020, occurred in world areas with colder and less humid late winters and early springs (temperatures: 3 - 17 Celsius, absolute humidity: 4-9g/m3). Less than 6 percent of total reported cases were recorded in countries with higher temperatures (above 18 Celsius) and absolute humidity (above 9 g/m3) for the same period. These results suggest that the COVID-19 virus may have reduced viability and would see its spreading capacity diminished in warmer humid climates that typically have higher sunlight.”

However, Scabbia cautions that this information must not be misinterpreted.

Even if the weather conditions might weaken the virus, it will be wrong to think that the virus will completely vanish because of the hot and humid climate in Qatar.

“We still need to follow the rules or guidelines laid out by governments,” Scabbia stressed.

To equip the general public with information for awareness and safety, the team at QEERI aims to build a website or an app that can allow people, in Qatar and across the world, to access the information that they are generating.

The information that Scabbia and his colleagues will make available on the awareness platform will come from a forecasting and analyzing tool that the team has developed.

They built a holistic model that takes into consideration all aspects of the policies laid out to address the pandemic – such as social distancing, quarantining, air travel, and many others.

The project is supported by funds of the Qatar National Research Fund through its 2020 Rapid Response Call.

“The idea was to build a forecasting model – for example, this model will give you the forecast of how many daily cases can be expected in the coming week. We can see that there is statistical evidence that we can produce forecasts with precise accuracy for any part in the world,” Scabbia described.

But he also highlighted that the model can be only as good as the people on whom the model is being built.

“If everybody starts to break the policies laid out by governments, like social distancing or quarantine, then the model will fail. Human behavior will always find a way to cheat the models and behave in an unpredictable way,” he says.

For the COVID-19 Situation Awareness platform, the team at QEERI is using the models and methodologies developed for renewable energy to assess and forecast the spread of COVID-19 as a function of meteorological, environmental, epidemiological, social, policy, and economic factors.

They are also using machine learning for time series forecasting to predict numbers of daily cases of COVID-19 at a future date in a specific location.

By Molten Metal• 2 months 4 weeks ago.

The cured people should be thankful and be kind towards everybody ...........

By natastreb• 2 months 4 weeks ago.

The hot, humid weather has weakened only the spread of the disease because most people just tend to stay at home when it's hot and humid. 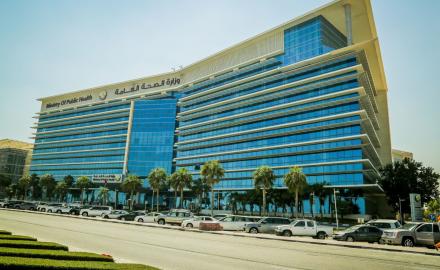 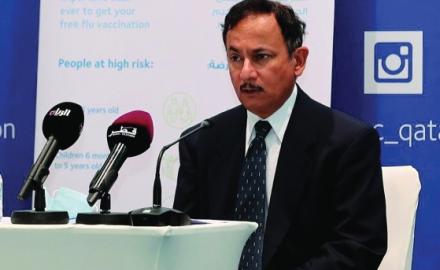 Flu vaccine free of charge for all: MoPH 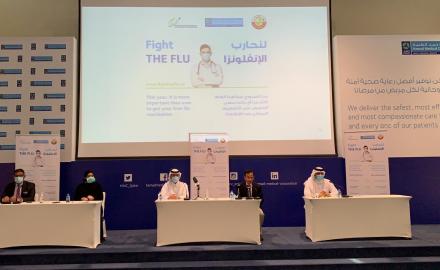