Let’s act fast when it comes to a stroke

While certain diseases and health conditions like the Cancer, are the most talked about, there are some silent killers that are equally and perhaps more fatal that could affect anybody at any moment.

Stroke is one of the leading causes of mortality in the world and is also the number one cause of chronic disability. In fact, according to World Health Organization a staggering 6.2 million people die every year due to stroke.

Every six seconds someone suffers a stroke somewhere in the world. #WorldStrokeDay #hamad

Our body is a complicated yet miraculous creation of God. Everything beats, pumps and functions for a specific reason.

A stroke occurs when the supply of blood which delivers nutrients and oxygen to the brain cells, stops suddenly due to various reasons, like a blockage in the blood vessels or bleeding in or around the brain etc.

What is a #stroke pic.twitter.com/zhzB42lqmM

How does your body get affected by a stroke?

When your brain doesn’t receive its usual amount of blood supply, it stops functioning. Then, the parts of the body which is controlled by the brain, ultimately stops working too.

In some cases, certain functions that the brain is responsible of also stop working. For instance, movements, speech, vision, memory, emotion etc.

Symptoms of a stroke

There is a basic test that could reveal whether one is affected by a stroke or not. Termed as “F.A.S.T” the test is as follows-

F- Facial weakness- Can the person smile? Is their mouth or an eye drooping

A- Arm weakness- Can the person raise both his arms?

The Hamad General Hospital opened a Stroke Ward in 2014 which has been since then, working around the clock to provide safest and most effective stroke care to its patients.

Hence, let us be aware of stroke and how to identify one so that we would be able to save ourselves and our loved ones in the nick of time.

By QLNews·0·4 days 7 hours ago
The results of the Qatar Census 2020 are expected to have a ‘significant impact’ on the Ministry of Public Health's development process, a statement by the Planning and Statistics Authority (PSA) has underlined.

By Qatar Living·3·4 days 1 hour ago
Al Khor Family Park is a great place to escape the city hustle and bustle. Although there is a small entrance fee, the family-friendly park is well worth a visit as there is so much to do and see.

By QLNews·0·3 days 7 hours ago
After nearly three and a half years since the Gulf crisis erupted, the first Saudi Arabian flight touched down in Doha last evening.

By QLSports·0·3 days 23 hours ago
League-leaders Al Sadd continued their impressive form in the ongoing 2020-21 QNB Stars League with a massive 8-0 rout of Al Sailiya in their Week 13 fixture on Friday to extend their lead on the 12-team tournament to 35 points.
Post to Forum
Sponsored Posts 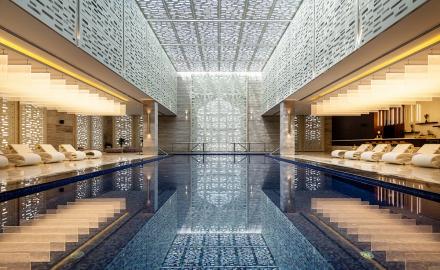 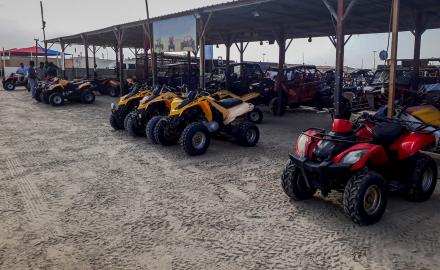