Electric cars in Qatar - heading for the future

Flashy SUVs, some making a big roar, some not so noisy - but all guzzling gasoline, whizzing through the traffic is a regular sight on Qatar roads. But that could all change in a few years as the Gulf state, rich in oil and natural gas, embraces and endorses clean energy solutions.

Beautiful cars would always be a feature in Qatar roads but instead of fossil fuel, they would soon be running on electric power, moving silently, like wind and leaving no carbon footprint behind.

Porsche recently launched their Taycan 2020 series in Doha at Porsche Centre and that could be a sign of things to come. There are other electric cars available in Qatar, such as Chevrolet’s Bolt EV and Nissan Leaf, but the entry of a glamour player like Porsche with a stunning car will definitely help Qatari heads turn towards a greener future if it has not already.

Fossil fuels such as oil, natural gas and coal account for around 80 percent of the world’s energy, producing electricity, heat, and transportation. But in the process it is also doing irrecoverable damage to the earth, the greenhouse gas --  gases in earth's atmosphere that trap heat -- emissions contributing to global warming and climate change that results in super cyclones and wildfires.

Replacing the regular internal combustion engine (ICE) vehicles on the roads with Electric Vehicles would help slow down the greenhouse gas emissions and Qatar, like the rest of the world, has to be serious about preserving the environment as it has no other choice. The country has reiterated its intention to move towards a sustainable future and has a proclaimed agenda called Qatar National Vision 2030. Set in 2008, Qatar National Vision 2030 aims at an ‘advanced society capable of sustaining its development and providing a high standard of living for its people.’

And environmental development is one of the four pillars of Qatar National Vision 2030.

Qatar launched the Green Vehicle Initiative in 2017 in an effort to reduce greenhouse gas emissions. The initiative aims at reducing emissions by 17 per cent by 2030 and also to make sure that at least 10 percent of the total cars on the roads should be run on electric power by 2022.

Qatar is also determined to make the next FIFA World Cup, which it will host in 2022, a carbon-neutral, eco-friendly event. Last December, Qatar signed a deal with German company Volkswagen AG who will help develop a fleet of self-driving electric shuttles for use in Doha in 2022.

Qatar has already said that electric buses will be used for mass transit during the World Cup and recently announced that 25 per cent of its public transport buses will be electric vehicles by 2022. And to ensure its smooth operation, the Qatar General Electricity and Water Corporation (KAHRAMAA), in coordination with the Ministry of Transportation and Communications, is working on establishing an integrated network of electric vehicle charging devices throughout the country.

And keeping in mind the grand plans of Qatar National Vision 2030, transport provider Mowasalat (Karwa) is working with the Ministry of Transportation and Communications to replace the regular taxis with electric powered ones. Plans are already in place to buy 140 Electric taxis which will operate from Hamad International Airport.

Meanwhile, in another major development, Qatar signed an agreement with French company Gaussin Advance Mobility to establish a factory, the first of its kind in the country, to assemble electric vehicles in Ras Bufontas Free Zone.

Hindrances in shifting to electric vehicles

Although the maintenance cost of electric cars is far less compared to the ICE cars, factors such as the cost of the vehicle, lack of awareness about the environmental hazards posed by fossil fuels, apprehensions about the feasibility of electric vehicles and availability of its charging stations etc, are preventing customers from buying them. Another factor against electric vehicles in countries like Qatar where petrol and diesel are cheaper is that the running cost of regular cars is already low.

Governments can do a lot in this scenario in encouraging people to buy electric cars by giving promotional offers on them and also by charging heavier taxes on regular cars. A wide network of charging stations, special parking facilities and cheaper spare parts are some other means by which governments can cajole people into buying electric cars.

So far, Qatar has not started actively urging its residents to buy electric cars, but providing more attractive choices like Taycan 2020, Porsche’s first fully electric sports saloon, and setting up charging stations for them are surely positive steps to encourage buyers to go for it.

Salman Jassim Al Darwish, the chairman and CEO of Al Boraq Automobiles who deals with Porsche cars in Doha, said more manufacturers will launch electric cars. “...In the coming years, markets will be having electric cars from all manufacturers; and that is the future,” Al Darwish said recently.

Cars made by companies like Tesla are technological marvels which are greatly in demand, especially in the US, and when launched in Qatar, they could greatly influence the market here as well. One factor that won’t work much against electric cars in Qatar as much as it does in some other countries is the buying capacity of the people. A huge majority of the Qataris would not have to think twice before going for an electric car because of their better buying power while plenty of expatriates would also be willing, especially if the government takes any strong measures to encourage people to use clean energy solutions.

Qatar has been doing the groundwork for emission-free transportation by introducing electric taxis and buses, setting up charging units, setting up factories to assemble electric vehicles and it’s just a matter of time before it encourages its residents more actively to go for the cleaner option. Because as Qatar National Vision clearly states there is no future if we don't care for the environment. 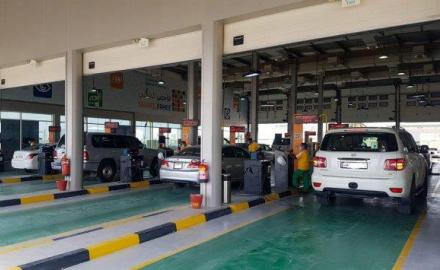 How to renew your Istimara (vehicle registration) in Qatar