The fifth and last round of Qatar Superstock 600 (QSTK600) and Qatar Touring Car Championship (QTCC) is all set to take place on March 29-30 at the Losail International Circuit.

Al Sulaiti mentioned, “I am very excited for the last round, for sure it is going to be full of action as always. This season, the championship will be decided between me and Abdulla and I am sure both will push and give a great show for everyone.  In the end of the day, everybody is a winner, this championship is great and we can see that all the riders are improving and pushing a lot”.

In the last two rounds of the championship, Al Qubaisi displayed great performance winning all the four races, reducing the gap with Al Sulaiti to only four points and breaking the lap time record of the championship. Hence, an exciting battle between both riders is expected.

“In the beginning of the season I didn’t expect that I will be fighting for the championship with Saeed and had chances to win it, but in the last two round I really cover the points.  I won the four races so now I am only four points behind Saeed so there will be a lot of action in this last round.  In the last track day, I prepared the bike for the last round, I did also a good lap time so I am ready for the race” said Al Qubaisi.

The third in the standings is Mashel Al Naimi with 140 points.  Al Naimi tested the bike in the last track day and he has more confidence for the last round. “During the last track day, the bike was perfect, better than in the last round, but I still miss something in the bike in the rear and I don’t feel enough corner speed and good grip in the exit. For this last round I will try to win a race as I didn’t win this season so I will push hard to win a race” commented Al Naimi.

In the Trophy category, first and second place of the championship are already decided from the last round.  Jassim Al Thani already clinched the title with a full mark in his points, 200 points and the Kuwaiti rider Mohamad Al Zaidan also secured the second place with 160 points, so the battle in this category will be for the third place, between Hassan Al Mansoori and Nawaf Al Shuaibi.

“I have the Trophy title already but I want to push in the last round to do a good race and try to fight with the front riders of QSTK. I just came now from Spain for testing and I feel much better with the bike, more control and hopefully for this round I do good lap timings and great race” said Al Thani.

In the Qatar Touring Car Championship, the championship title was already decided in the previous round and the QTCC title defendant, Abdullah Al Khelaifi took again the title for third time. Even Al Khelaifi already secured the title, he will push to take another double win and finish the championship with the maximum points.

“My goal is to win both races to have a perfect score this season. Also, since the title is secured, this round will be dedicated to try new parts and setup for next season. Having no pressure is always a good thing as I can enjoy the race a bit more”said Al Khelaifi.

The battle this weekend will be for the second place in the championship.

Although a total of six drivers can be the runner up of the championship, Mohamad Al Khaiat, Hamad Al Sulaiti and Ghanim Al Maadheed are the ones to have more options as between them there are only 4 points difference.

Free entrance for all the fans at the grandstand and also at the Paddock.

Qatar Superstock 600 and Qatar Touring Car Championship are organized by Losail Circuit Sports Club and Qatar Motor and Motorcycle Federation with Pirelli Qatar and Inside as sponsors of both championships.

By QLNews·0·2 weeks 12 hours ago
Qatar's Ministry of Interior (MOI) has reminded citizens and residents in Qatar to abide by the Cabinet's decision, regarding wearing facemasks upon leaving the house, for any reason, except when alone in a vehicle while driving. The decision has been effective from Sunday, May 17, 2020, until further notice.

By QLNews·0·1 week 4 days ago
The country's Cabinet has announced that the precautionary measures in place to protect the health and ensure the safety of citizens and residents will remain in effect.

By Qatar Living·0·1 week 14 hours ago
Although there will be no community events and gatherings this year, those celebrating can make the most of the unique time with their loved ones at home.

By QLNews·0·1 month 14 hours ago
His Highness the Amir Sheikh Tamim bin Hamad Al Thani yesterday visited the Research and Development Center at Barzan Holding Company to view production lines for the manufacturing of the (Savr-Q) ventilators.
Post to Forum
Sponsored Posts 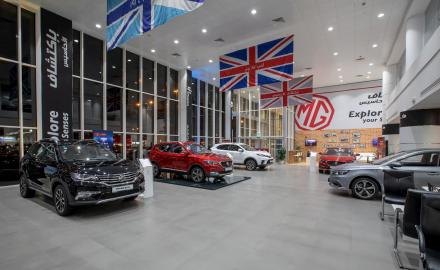 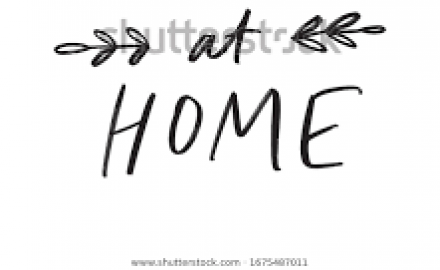