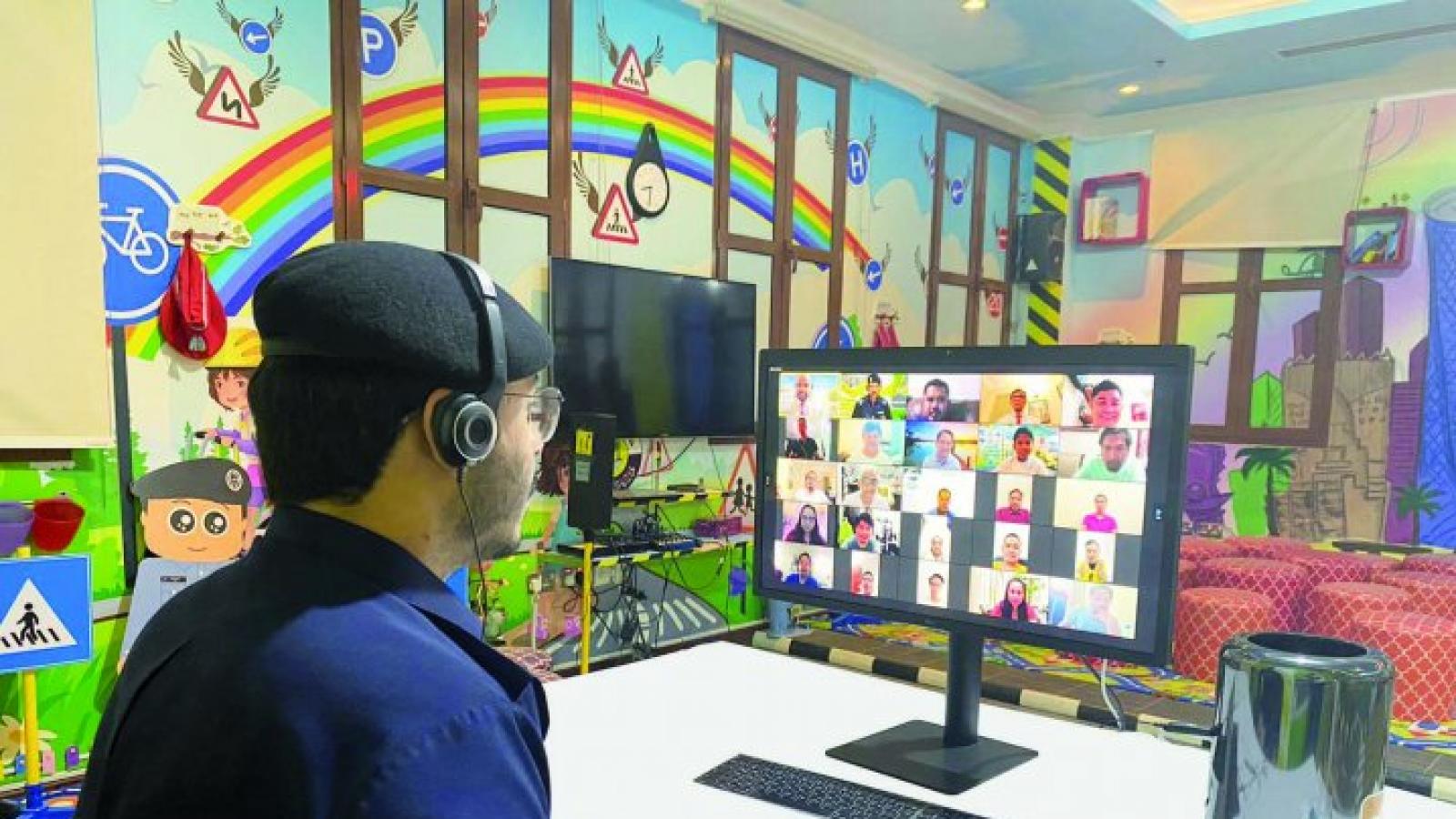 As part of its annual operational plan, the General Directorate of Traffic is hosting a series of online lectures with the aim of spreading traffic awareness among road users.

In addition to an awareness lecture for delivery drivers, the program featured a lecture that was presented to students at Ahmed Bin Mohammed Military College and also two lectures for the Filipino, Nepalese, Sri Lankan, Malaysian and Indonesian communities.

The lectures focused on traffic law and the importance of following it to achieve the highest levels of road safety.

Moreover, several traffic rules and instructions that the vehicle’s driver must adhere to were reviewed, including the importance of fastening the seat belt, adherence to the speed limits on the roads, not using a mobile phone while driving, and other safety requirements.

The awareness lecture aimed towards the communities highlighted many of the wrong violations committed by delivery drivers, such as swerving between cars or driving on the roads in groups, sudden entry, and changing lanes quickly and unpredictably, especially in internal streets.

According to the General Directorate of Traffic, the initiative falls within the frame of an annual plan encouraging road users to adhere to traffic rules and regulations to protect their lives and the lives of others by discarding bad traffic habits.

Furthermore, the Directorate is partnering with several companies to include as many delivery riders as possible.