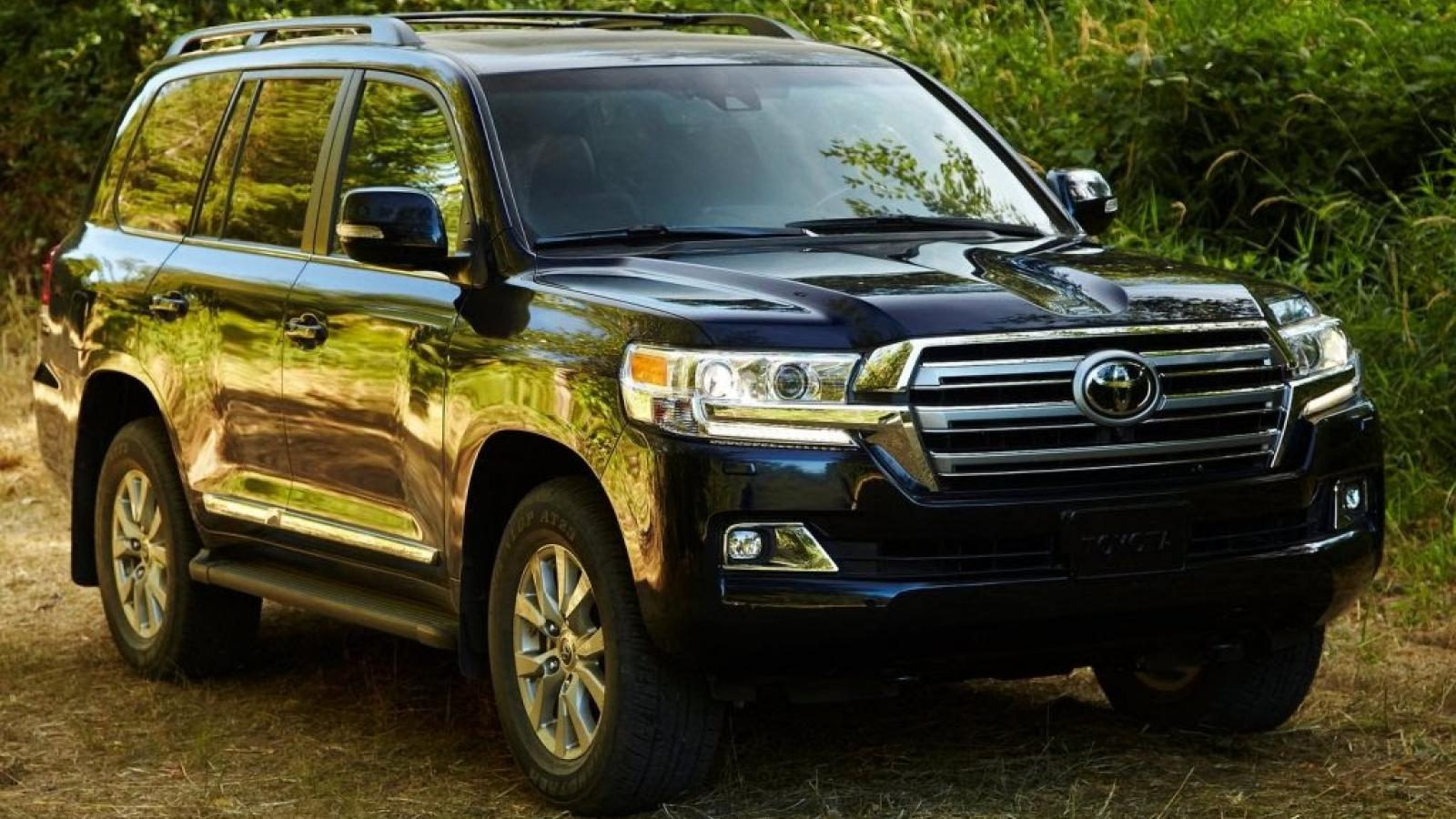 With the much-awaited reveal of Toyota’s flagship SUV, The Land Cruiser 2022, Qatar Living Motors decided to dig deeper into the history of one of the most loved SUVs in the country and the region.

The latest iteration of the wondrous Land Cruiser, the LC300, comes in two variations: a 3.3-liter V6 diesel engine that provided 302 hp and a torque of 516 lb-ft, and a supercharged 3.5-liter V6 gasoline engine that offers 409 hp at 480 lb-ft torque.

Both versions have a 10-speed automatic transmission engine coupled with a towing capacity of 3500kg.

Additionally, for the off-roading experience, the LC300 features locking differentials or limited-slip differential based on the model and Multi-terrain Select Modes.

With excitement at an all-time high for the Land Cruiser 2022, let’s take a look through the many iterations and generations of this popular SUV to see how it bested the test of time.

It was when the North Koreans invaded the south when Toyota was asked to build a four-wheel drive similar to Willys Jeep, leading to the creation of the Land Cruiser ancestor under the name of Toyota Jeep BJ. This was adopted by the Japanese Police after an initial refusal but it had to wait until 1953 to enter mass production before using the name of Land Cruiser in 1954. 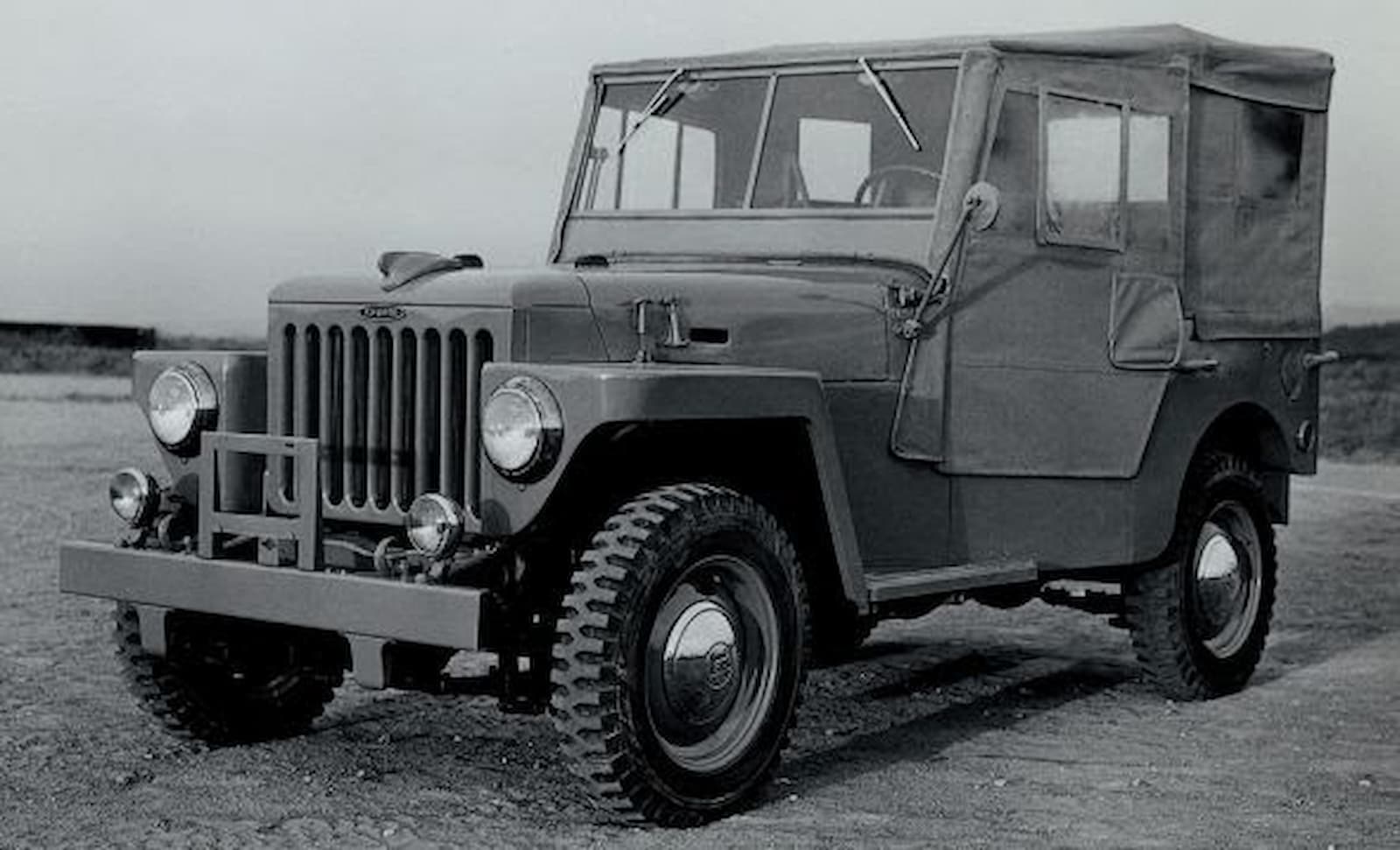 It was powered by a 3.4 Litre 6-cylinder Type B petrol engine, borrowed its suspension from the Toyopet passenger car and the chassis from Toyota’s Type SB truck.

The second generation, introduced in 1955, was named 20 Series. It had started to look more civil, with headlight and a bigger cabin for the comfort of all passengers. The 20-series got a new suspension system to accommodate road use and adopted the ‘indestructible’ F-series engine that stayed in production until 1992. US imports of the Land Cruiser sent it on new frontiers worldwide as Toyota’s flagship. 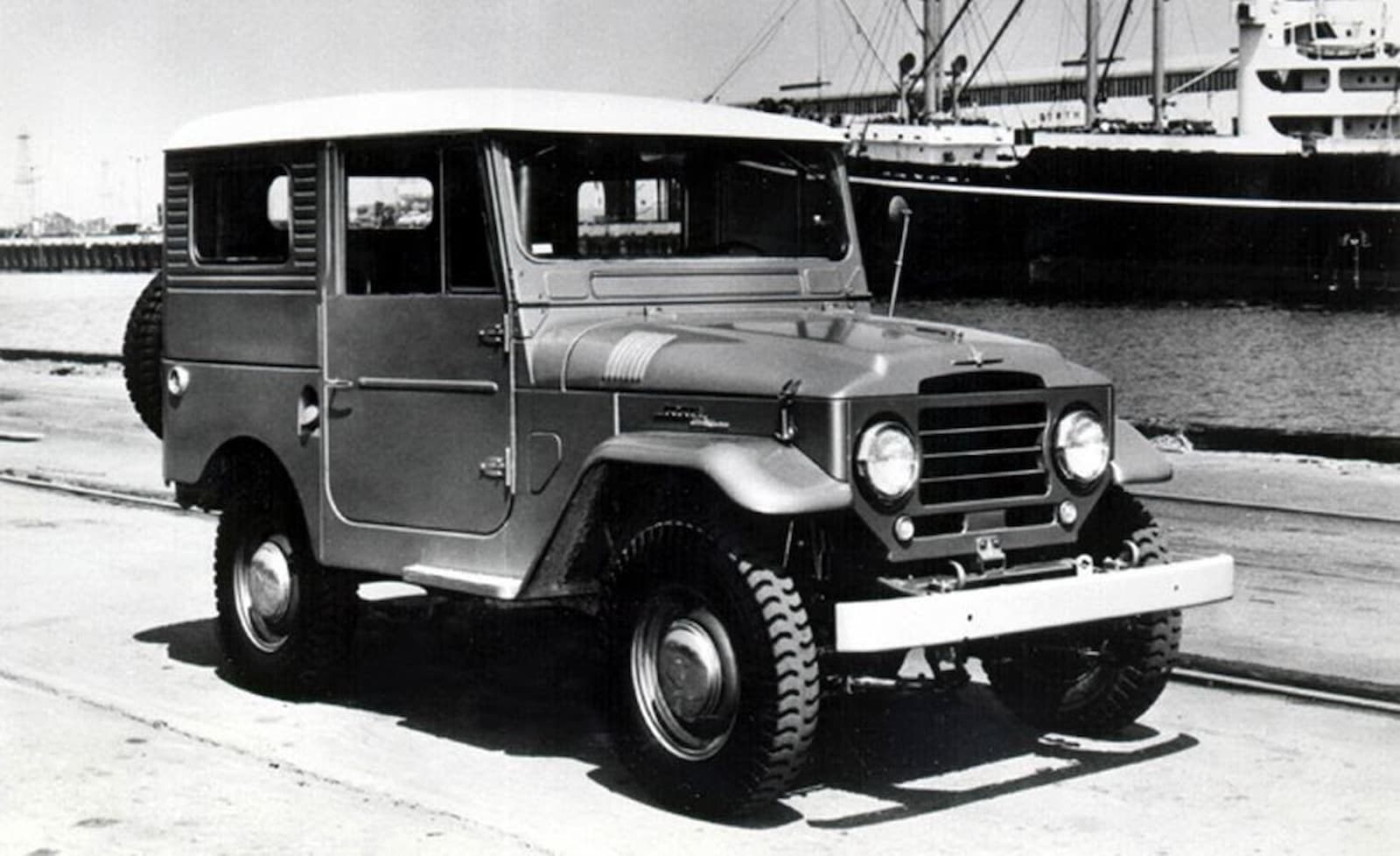 The Land Cruiser underwent a deep redesign for the 4th generation or 40-series  launch in 1960. The vehicle continued with the interior bare-minimum tradition, its body was made from pressed steel and while it kept the F-series engine, it was also offered in H-series diesel engine in 1974 and 4 Cylinder B-series in 1974. 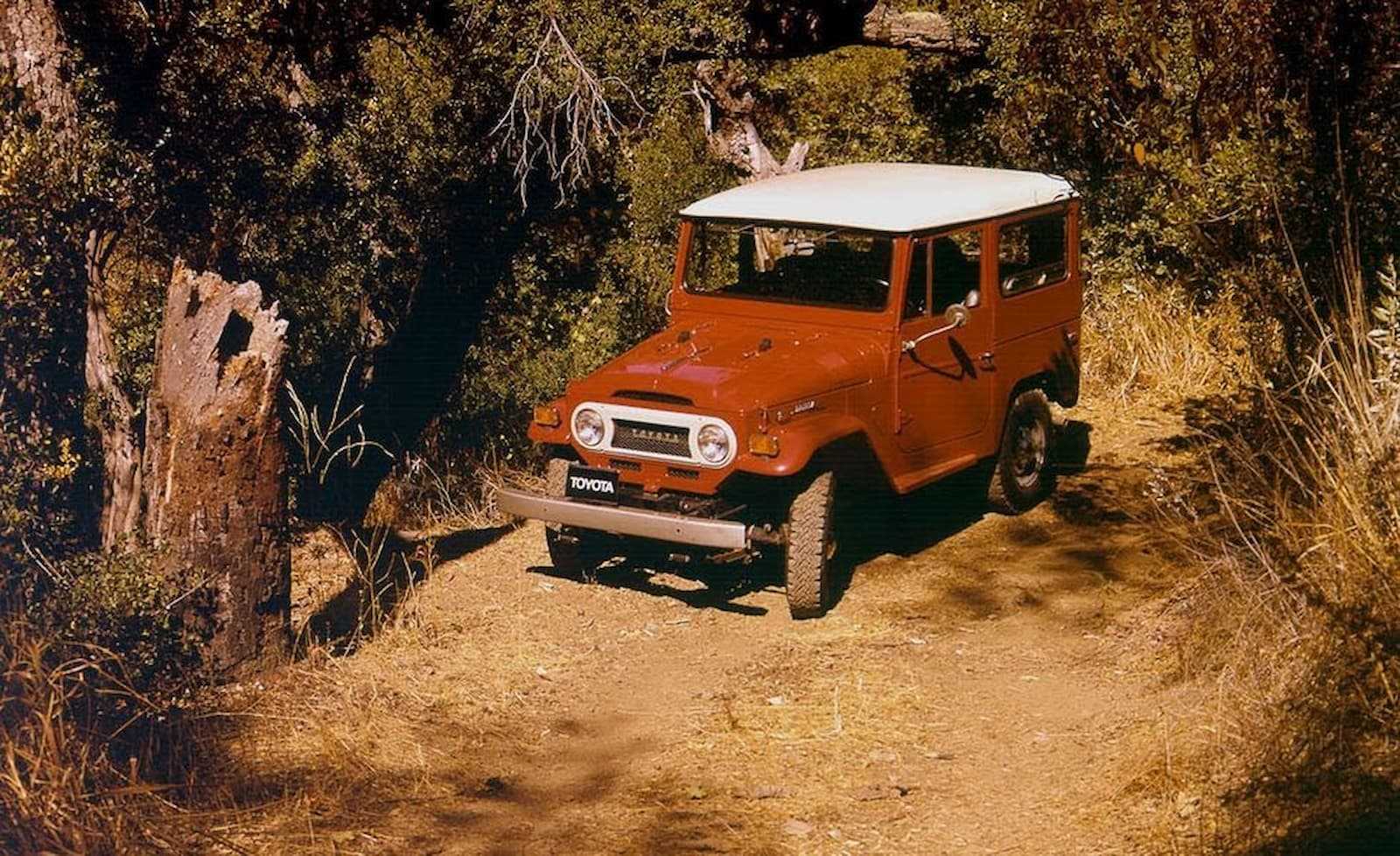 In 1984 came the 70 Series J-70 as the next flag-bearer, and Toyota, reacting to competition, divided production between two forms; Heavy and Light but adopted many forms that were very different from the outside compared to the previous generation, yet, it retained the feeling both in the cabin and the robust engineering.

The Hard models used a wide range of engines, from the initial F-series, B-series and H-series to the newer inline 5-cylinder diesel engine, V6 petrol engine, and the huge V8 diesel engine with turbo-charger. 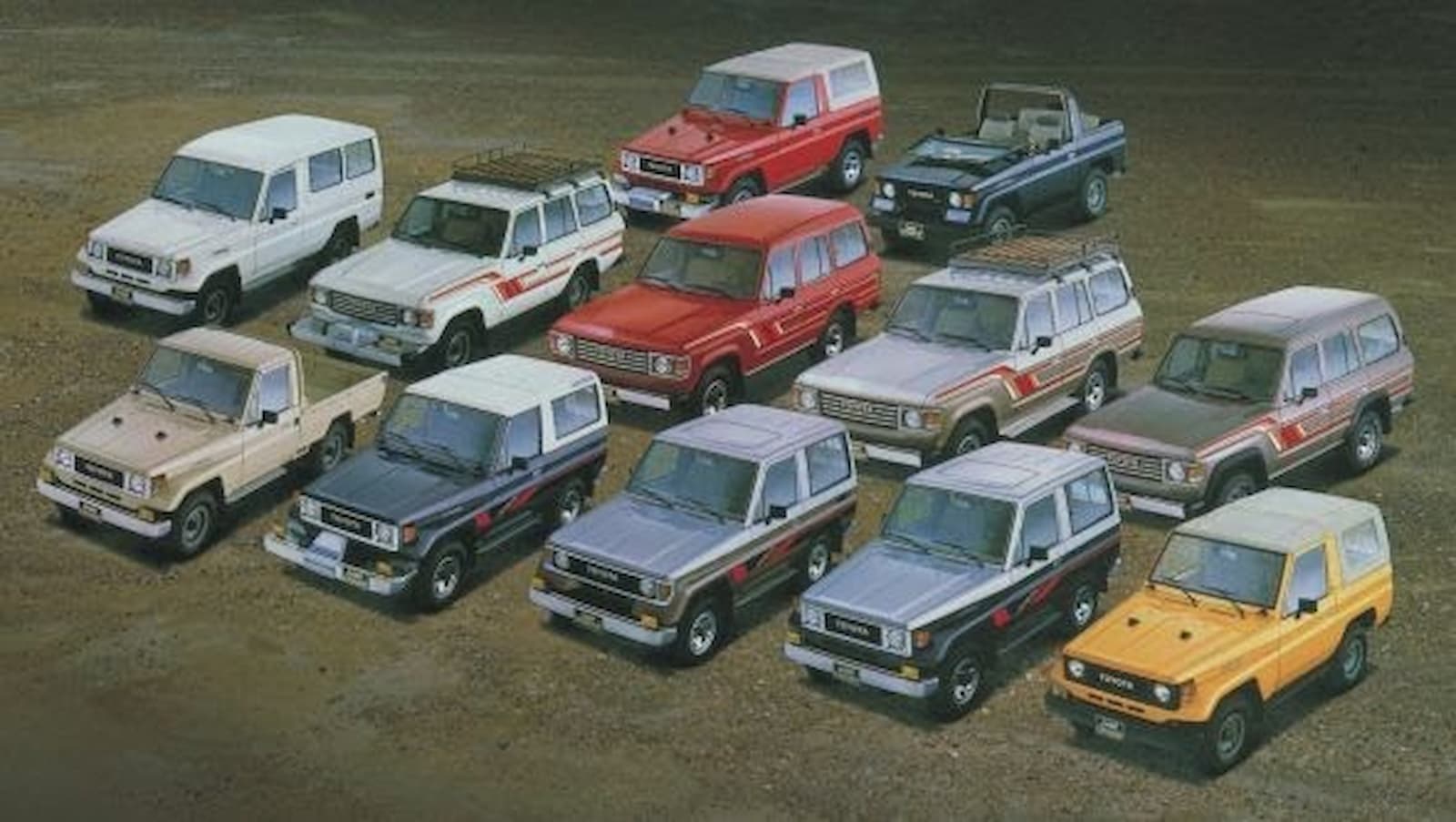 The Light models were named Bundera before the change to Prado in 1990 and only used 4-cylinders engines and 3 wheelbases compared to Hard models’ 5 wheelbases. The lower architecture helped to use suspension suitable for normal roads and off-roading with no compromise.

In 1990, the Light models were discontinued in favor of 90 series and became an independent brand under the name Land Cruiser Prado. However, the Hard model of 70 series stayed until 2007 when it underwent the first big development in 23 years as it was aesthetically improved with better-looking headlight and dashboard. It was later modified again for twin airbags. The 70-series is still in production in some factories around the world. 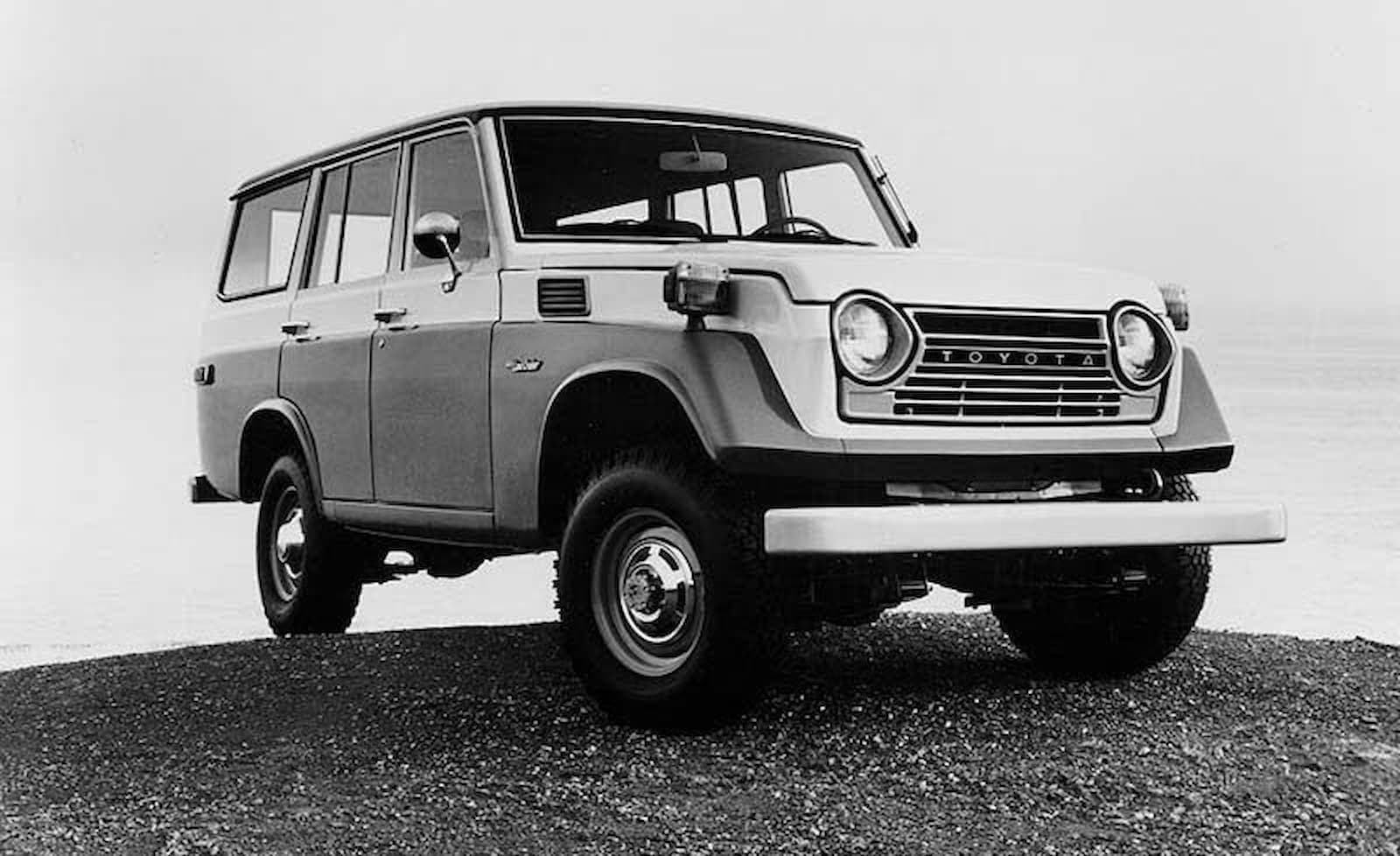 The 55-series was replaced with 60-series in 1980 adopting a box-like look and designed for a better driving experience on roads yet it had stayed true to its Land Cruiser legacy and used 4 wheel drive with live axles. This series received a facelift in 1988 with modern-looking headlights and interior. The engine was replaced with 3F-Type 4.0-liter engine that offered high horsepower and torque. 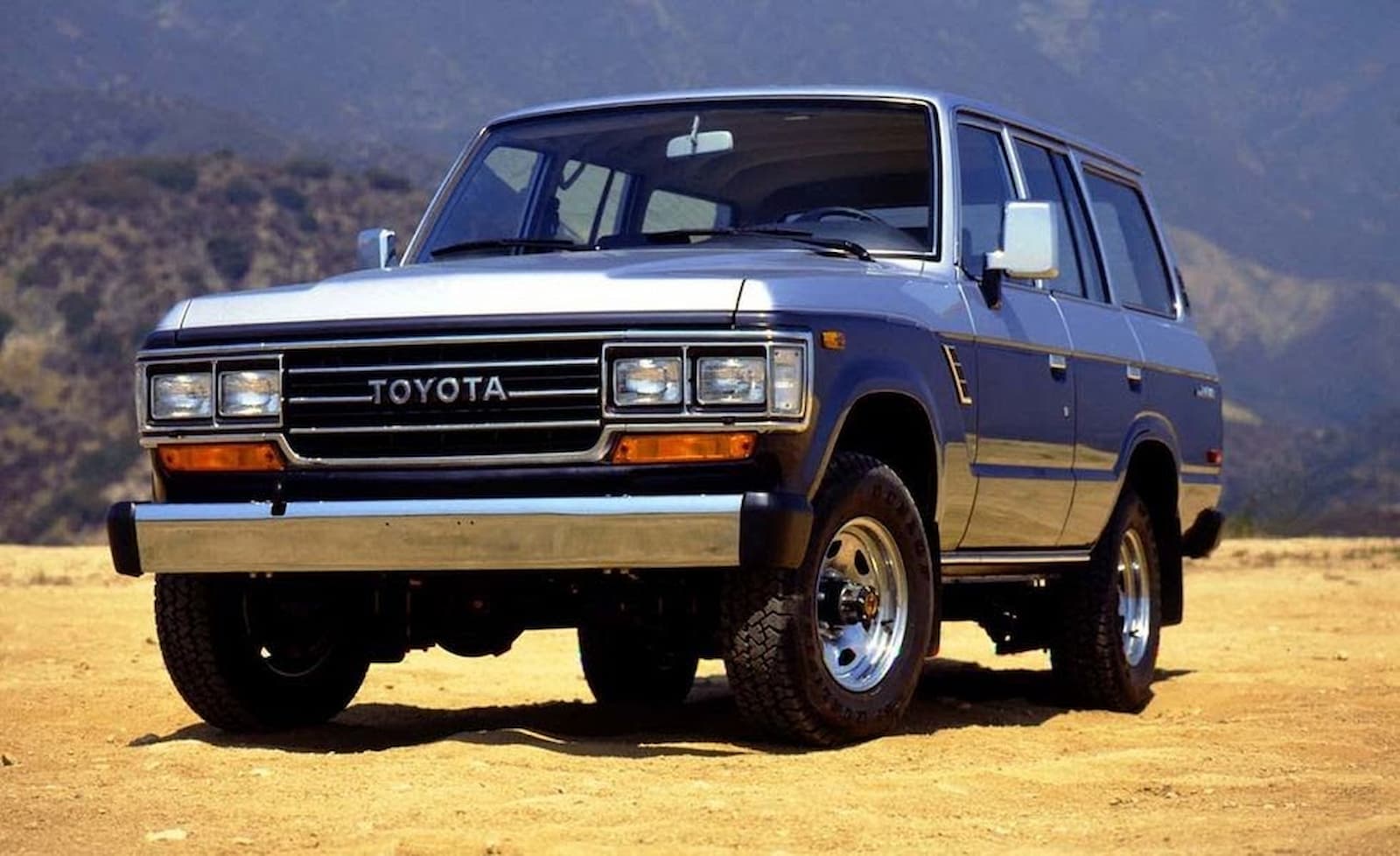 The 100-Series was introduced in 1998. For this iteration, the outer look remained much like the previous model, but it was vastly improved internally. It started using new V8 4.7-liter engine providing 230 horsepower with far better rigidity, and a new front suspension. 5 hp was incorporated in the slight upgrade in 2003 with another change in 2006 that saw the rise to 275 hp. 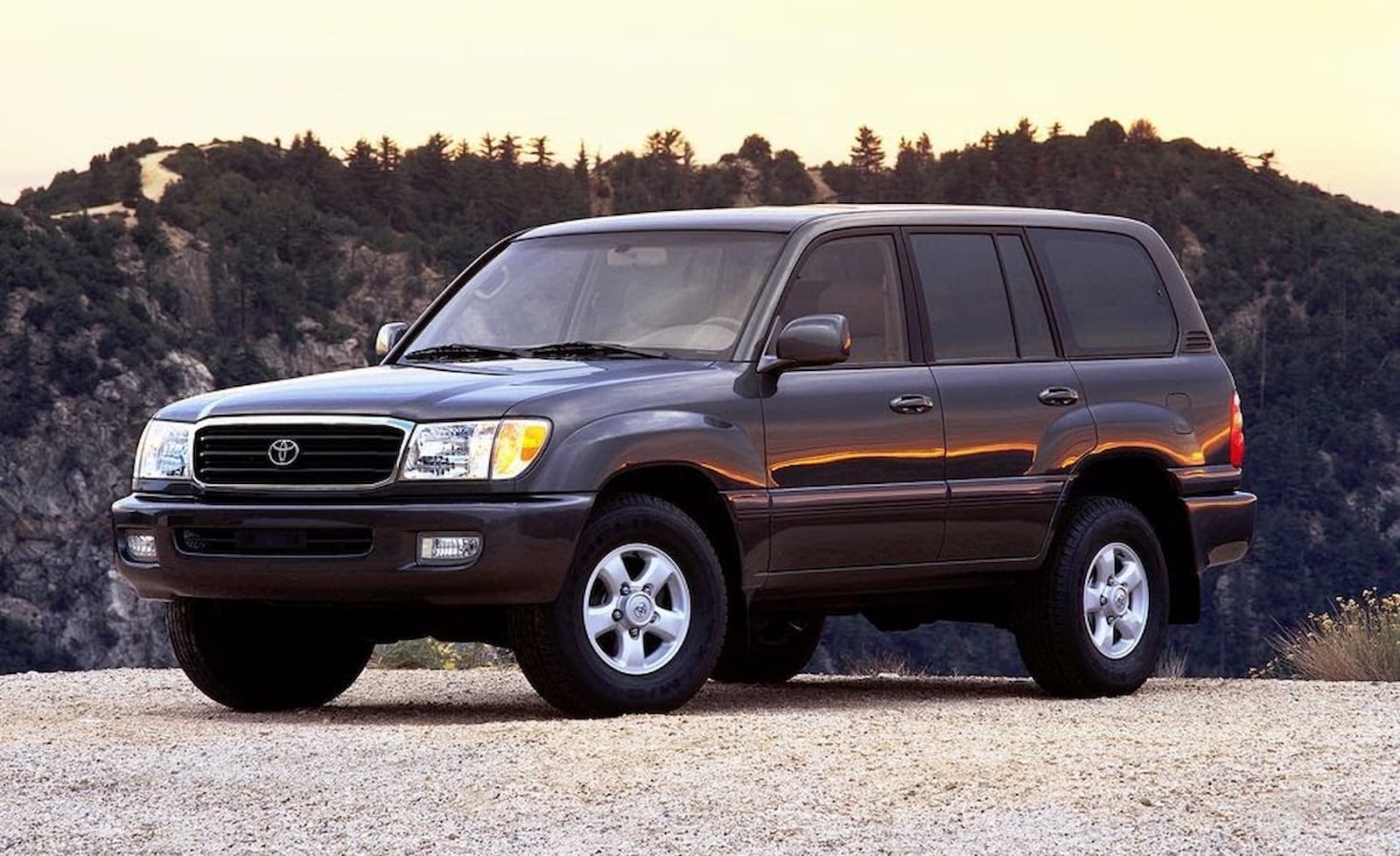 The 120-series Prado was revealed at the Paris Motor Show in 2003 and used advanced electronics. It featured the world's first electronic systems to assist driving uphill and keep the car composure downhill. This was also the first time the car was designed outside of Japan and featured a new aerodynamic, breathtaking aesthetic. 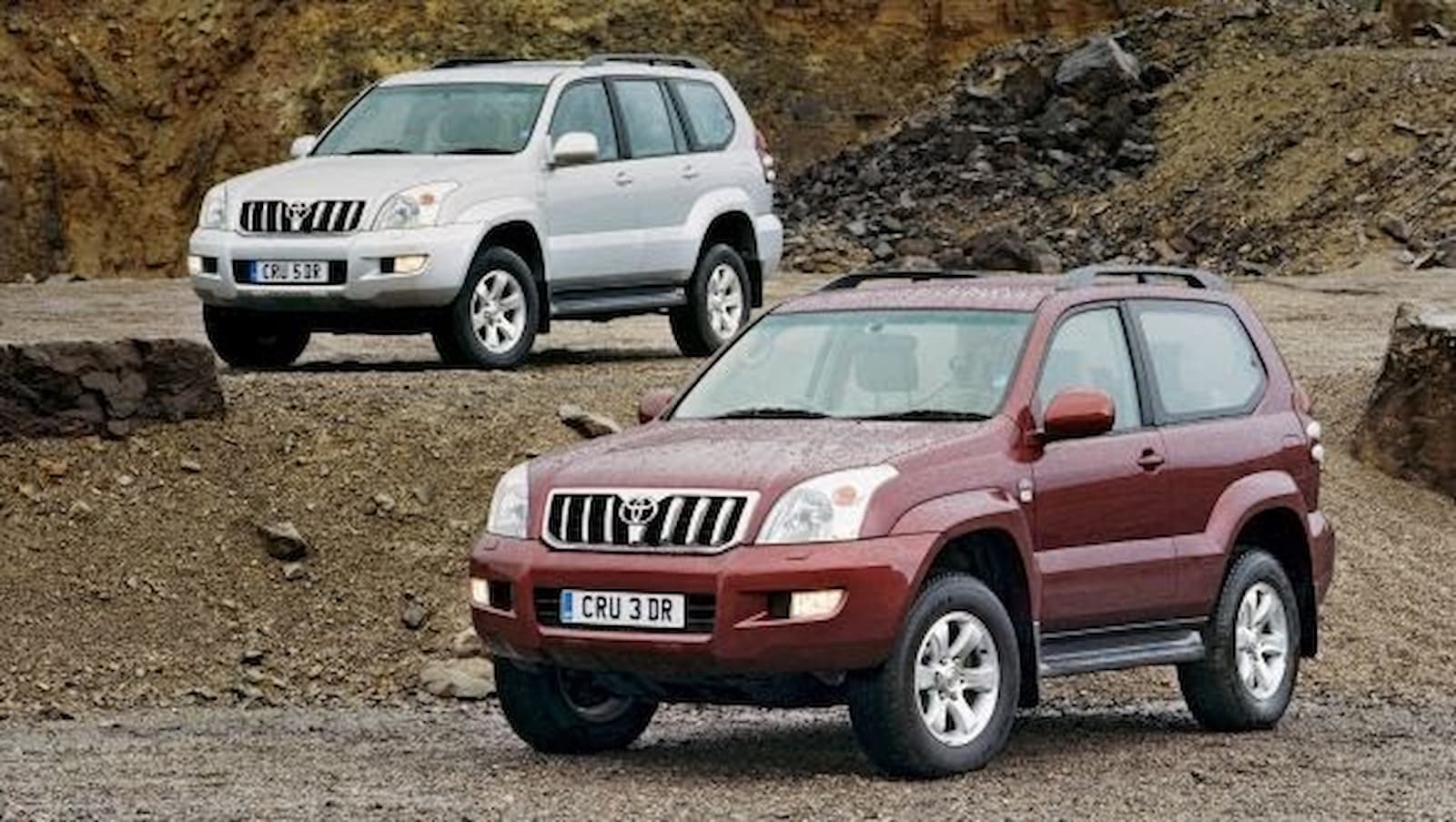 The year 2009 saw the launch of the Toyotas Land Cruiser Prado 150-series, which was sold in 190 countries worldwide. It was designed in France like its predecessor and adopted a stronger, dynamic shape with finer ergonomic interior and a wide range of passive safety measures. It came with an upgraded engine that was an amalgamation of the previous models, three of them worked on gas and two on diesel. 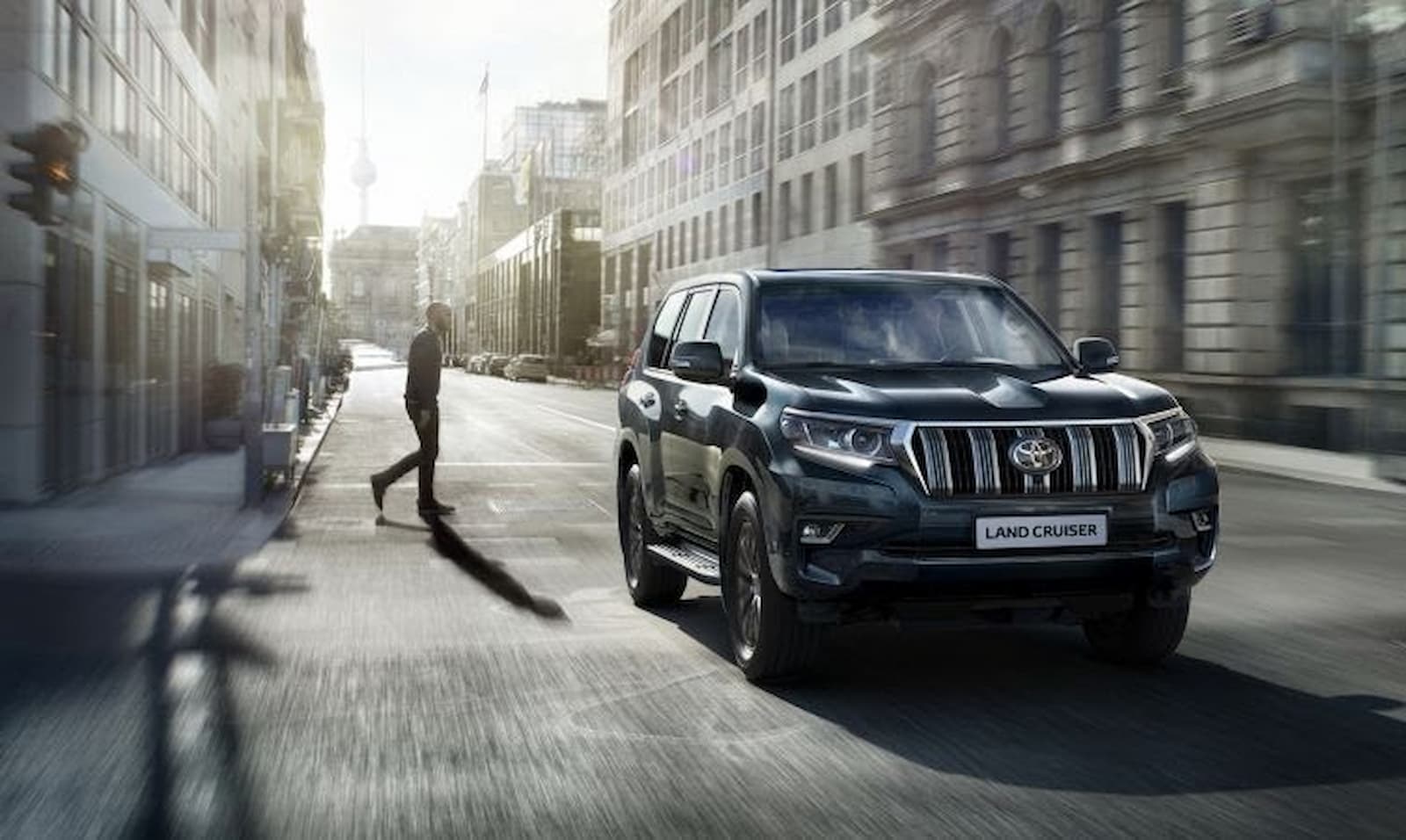 The Land Cruiser 200-series debuted in 2008 and evolved on the 100-series. It used a 381 hp 5.7-liter V8 engine along with a 6-speed auto transmission and utilized many electronic assisting systems for smooth drive over any surface. This model underwent another facelift in 2016 with a sharper look and acceleration from 0-100 km in almost 7 seconds. 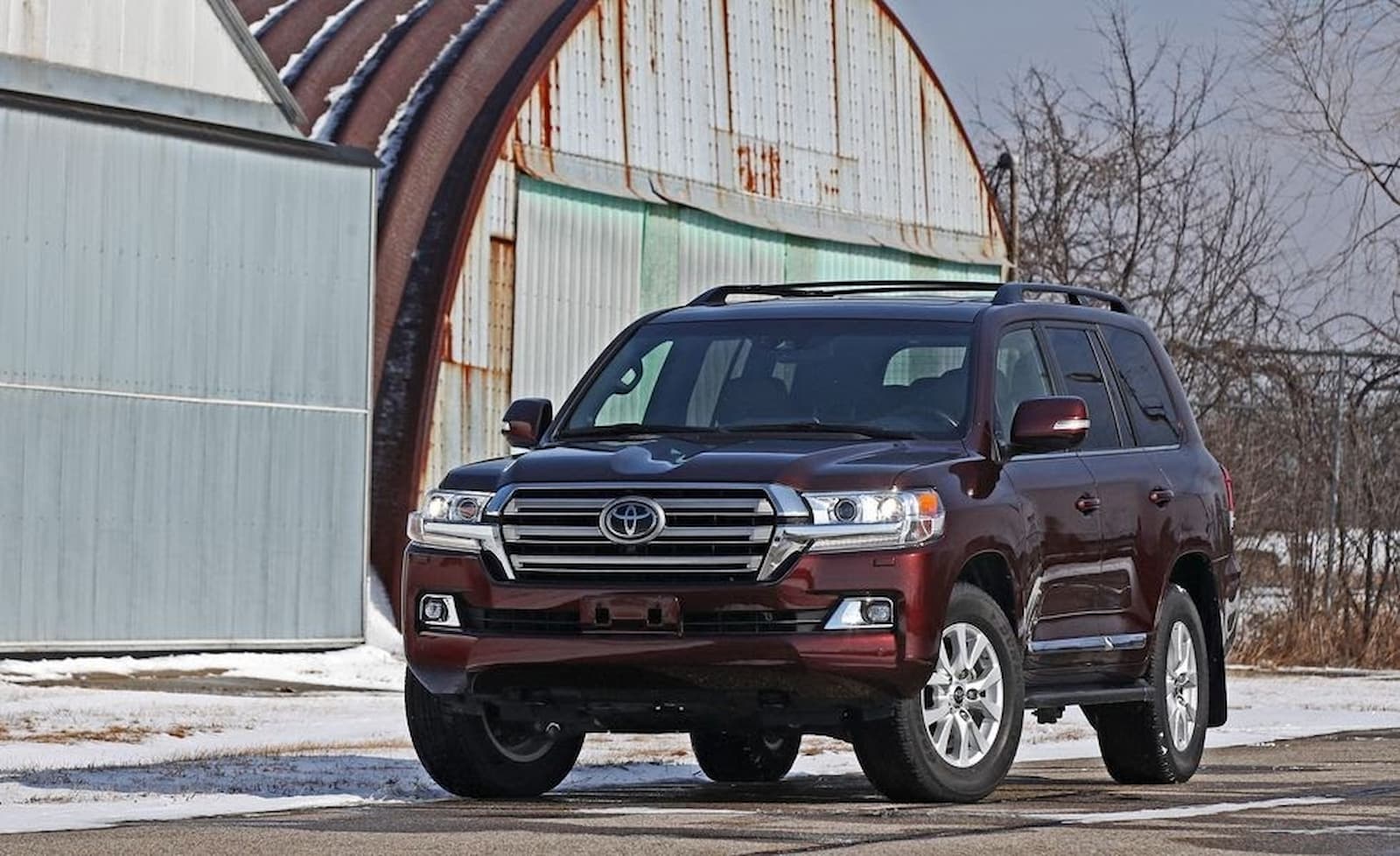 please finish off your article with current 300 series in last.

By Qatar Living·0·3 weeks 23 hours ago
The most traditional spot in Qatar is none other than Souq Waqif. Let's explore a series of things you can do there!

By qatarliving·0·2 weeks 3 days ago
Finding a suitable restaurant during Eid can be challenging, that's why these few picks will not let you down, and provide you the right space (and right food) for your Eid gatherings

By Qatar Living·0·2 weeks 5 days ago
Whether it is traditional jalabiyas and abayas for women or the thobe and ghutra for men, there are many shops that cater to this requirement. Here’s where you can shop for traditional Indian and Arab clothing for Eid 2022 in Qatar.

By Qatar Living·0·2 weeks 4 days ago
This Eid 2022 vacation, explore a variety of outdoor and indoor activities that you can do with your friends and family in Qatar.

By Qatar Living·0·2 weeks 3 days ago
We’ve compiled a list of five beaches you can visit for Eid 2022 and enjoy a pleasant afternoon or evening on the Eid weekend.
Post to Forum
Sponsored Posts 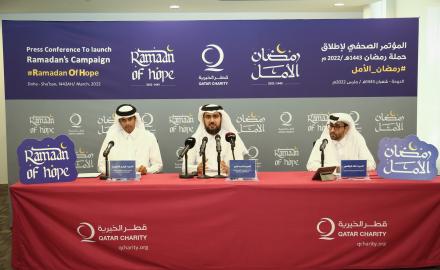 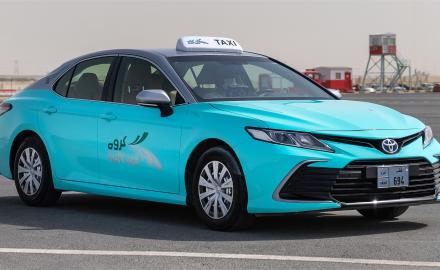 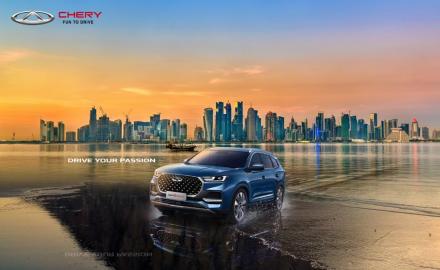