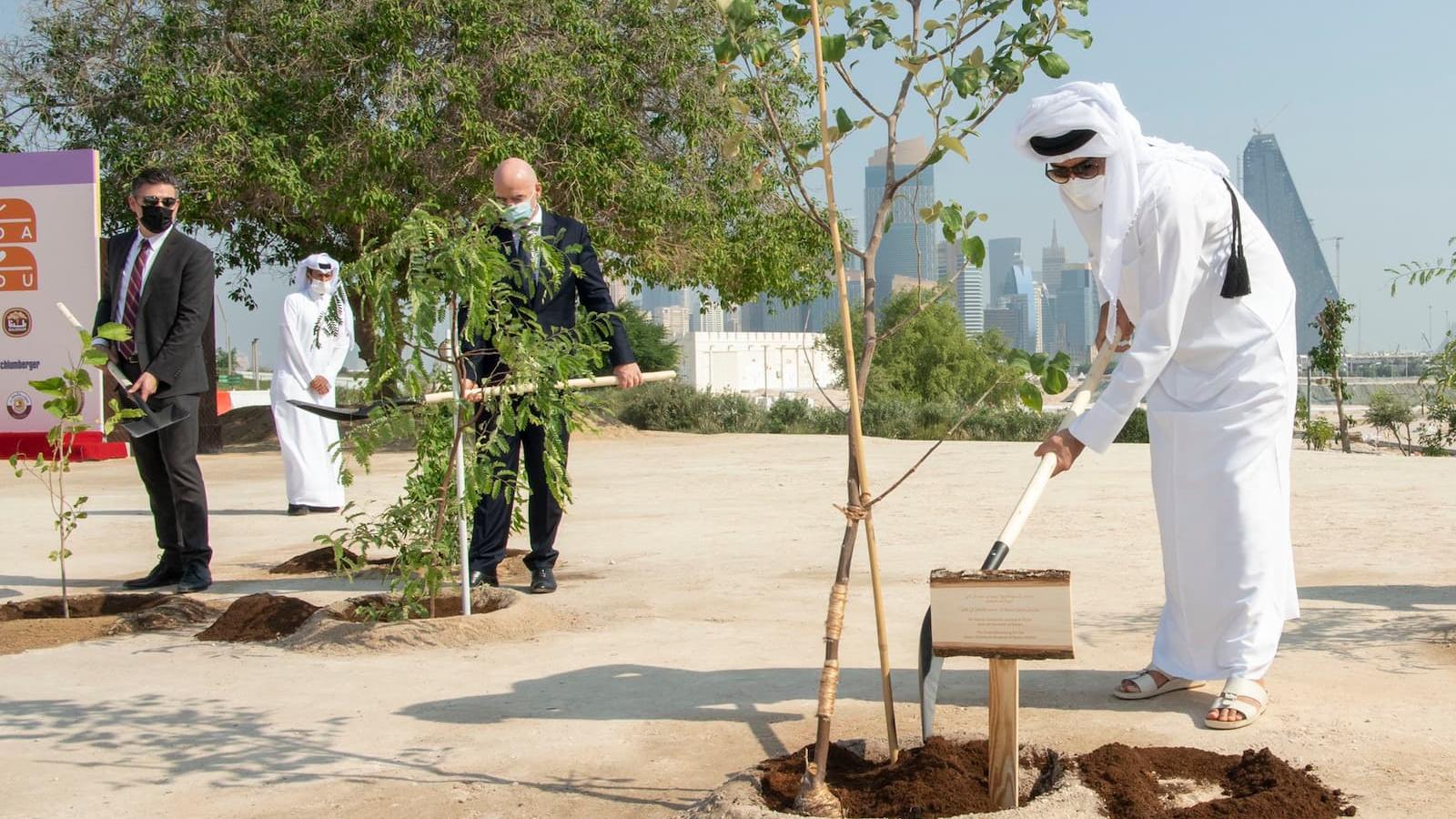 HH the Amir planted this morning a Sidra tree, marking the inauguration of the Children's Museum "Dadu" project of Qatar Museums. 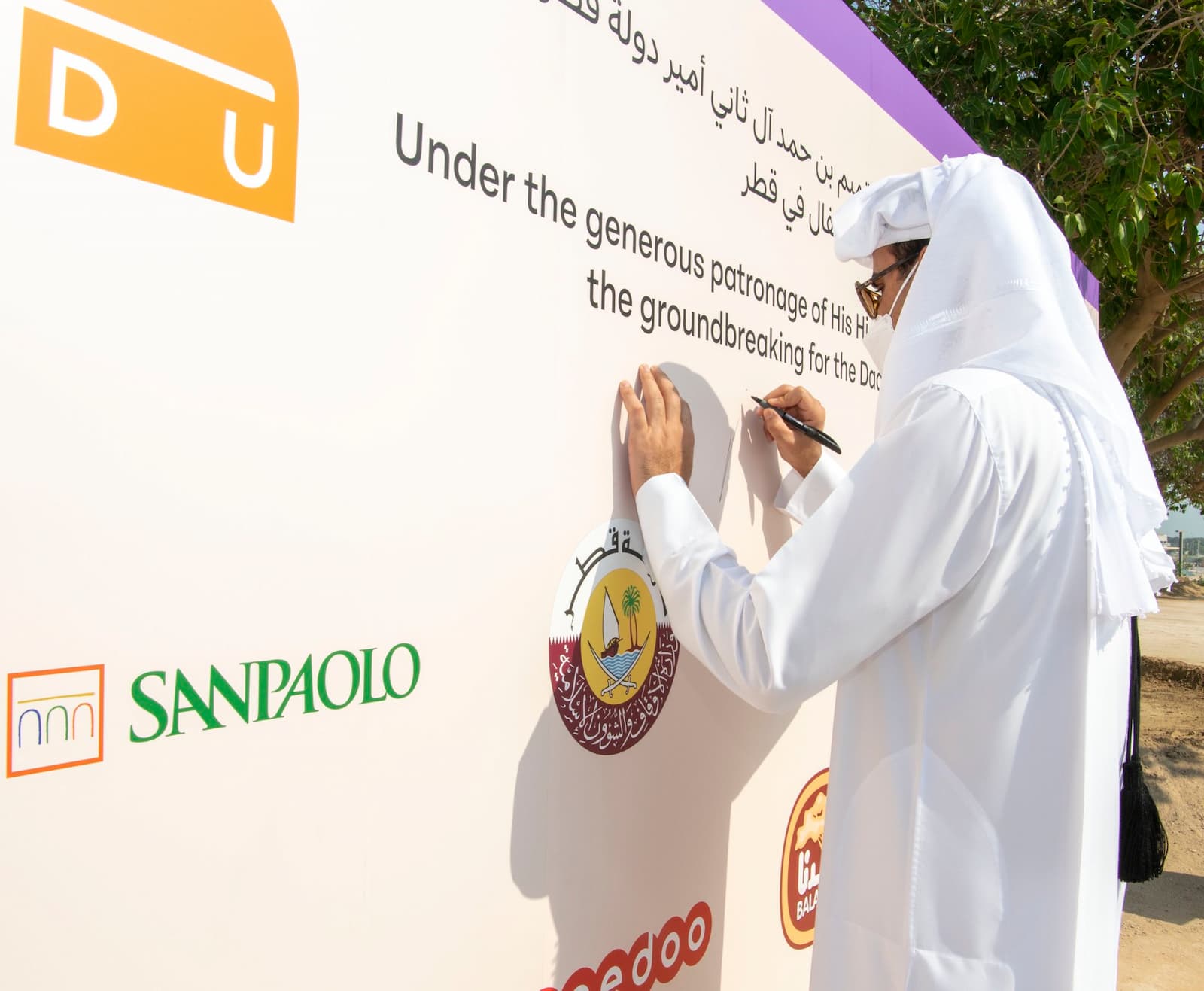 The Amir planted the 600,000th tree under the country's million tree initiative.

The tree was planted in the presence of representatives of the founding members of the Children's Museum "Dadu." 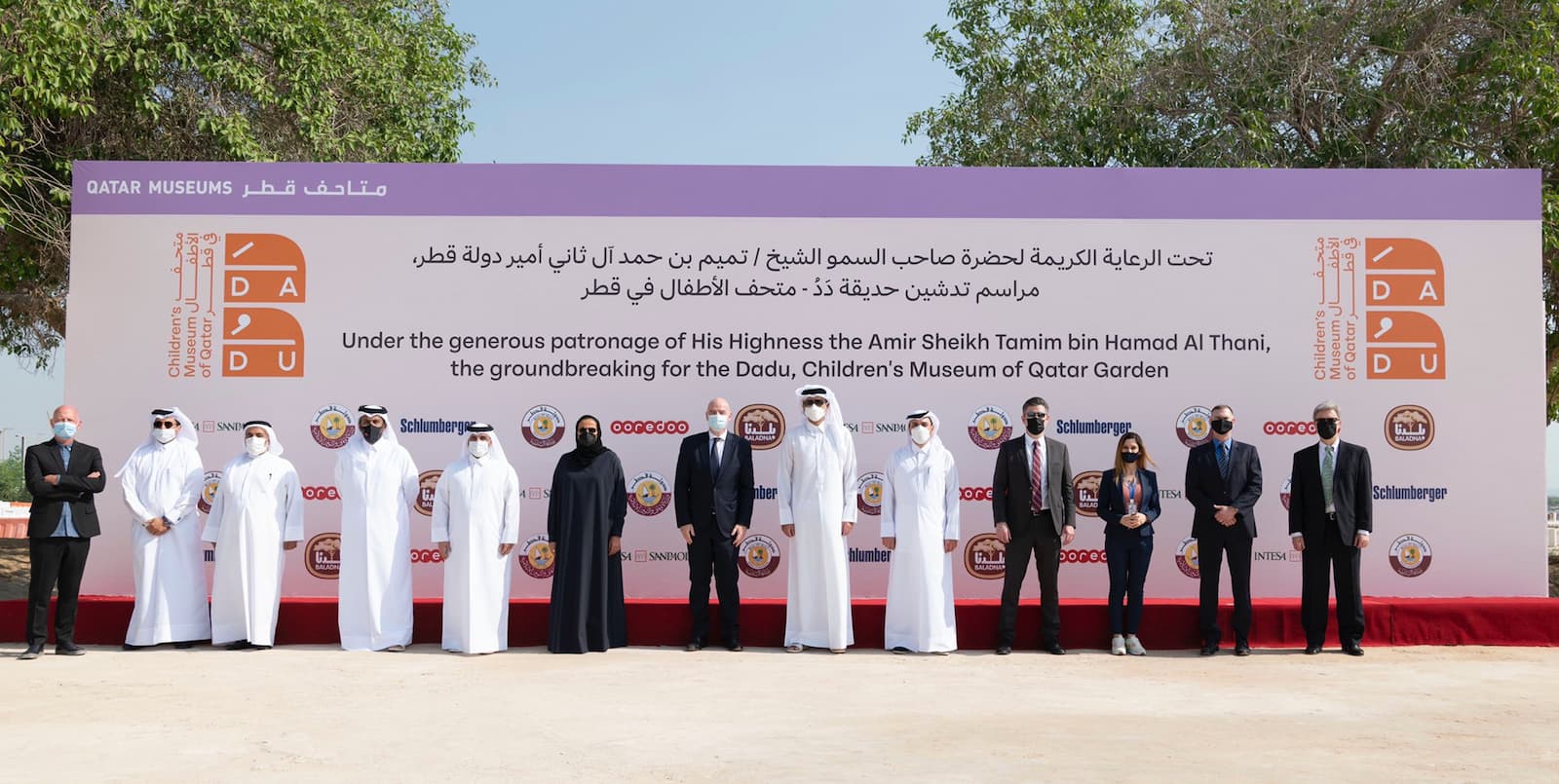 Following the planting of the tree,  HH the Amir listened to an explanation about the objectives of the initiative to plant a million trees and the Children's Museum garden project, and the various activities related to the program.

HE Sheikha Al Mayassa bint Hamad Al Thani, Chairperson of Qatar Museums Board of Trustees, HE Gianni Infantino, President of the International Football Association FIFA, and a number of Their Excellencies the ministers and senior officials accompanied HH the Amir at the event.