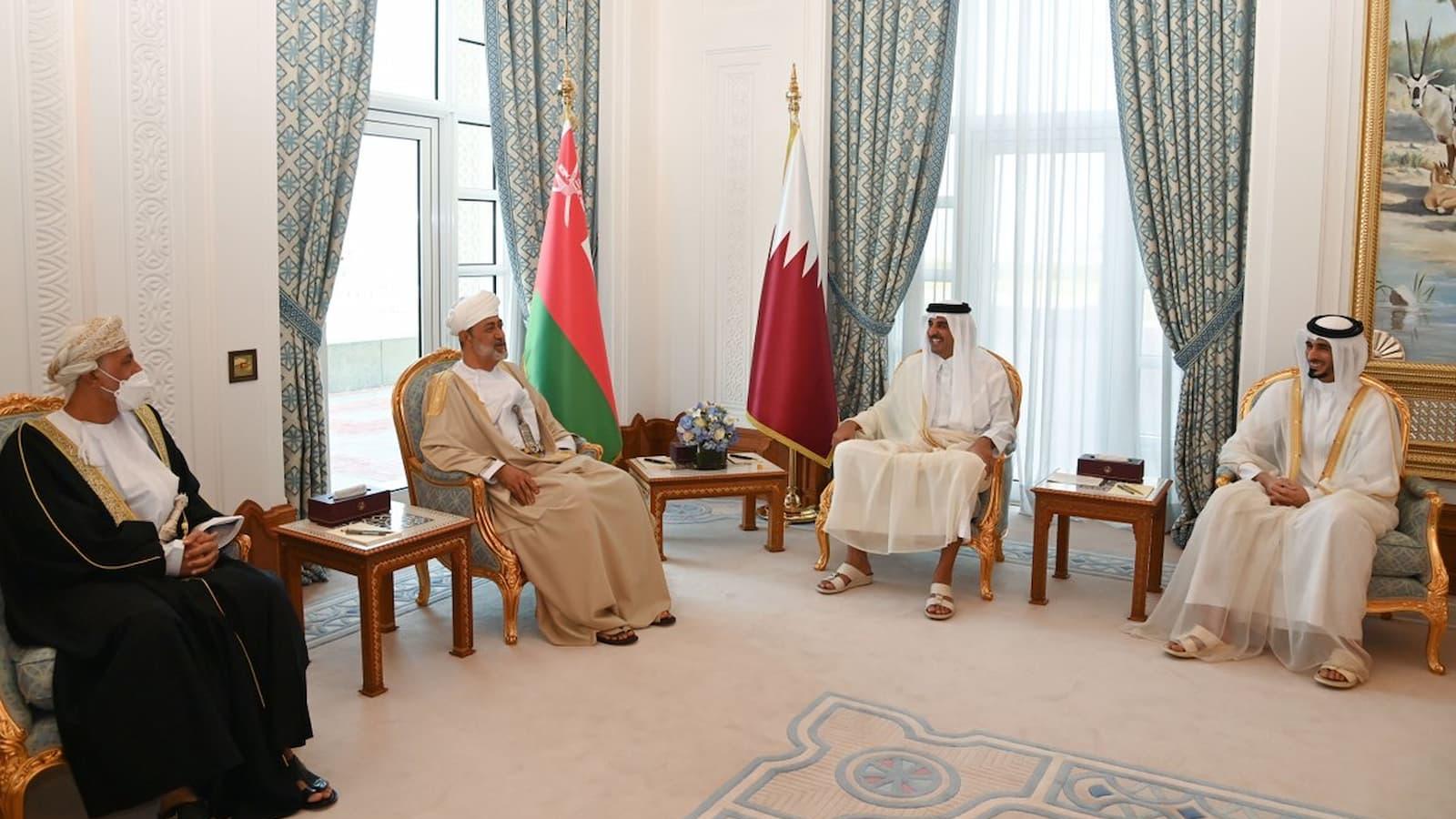 At the start of the session, HH the Amir welcomed HM the Sultan to Qatar and wished him a good stay. He also wished for the bilateral ties between Qatar and Oman to grow and develop further in all domains.

The Sultan of Oman thanked HH the Amir for the generous hospitality and said he looked forward to increased cooperation between the two nations to mutually benefit their peoples.

The meeting delved into Oman-Qatar relations and explored ways of cementing them further, especially in the areas of politics, economy, investment, tourism and transport.

HH the Amir and HM Sultan of Oman witnessed at the Amiri Diwan the signing of a number of agreements between the governments of the two countries. #QNA pic.twitter.com/BxtXSB82n1

A number of Their Excellencies and dignitaries from both sides joined the session.

Later, HH the Amir and the Sultan of Oman also witnessed the signing of several agreements between the governments of the two countries.

HH the Amir and Sultan of Oman visited Al Bayt Stadium, which will host the opening matches of the 2021 FIFA Arab Cup and the World Cup 2022. #QNAhttps://t.co/03PIXYQ5PY pic.twitter.com/Z0SqFf8zCA

As part of his visit, the Sultan of Oman also accompanied HH the Amir for a visit to Al Bayt Stadium, which is set to host the opening matches of the upcoming FIFA Arab World Cup Qatar 2021.

HH the Amir and HM the Sultan viewed models of the World Cup 2022 stadiums and the training facilities and fan zones, in addition to being equipped with the latest cooling technologies.

His Highness and HM the Sultan were briefed on Al Bayt's stadium architecture, its capacity, and the atmosphere it will provide to sports fans.