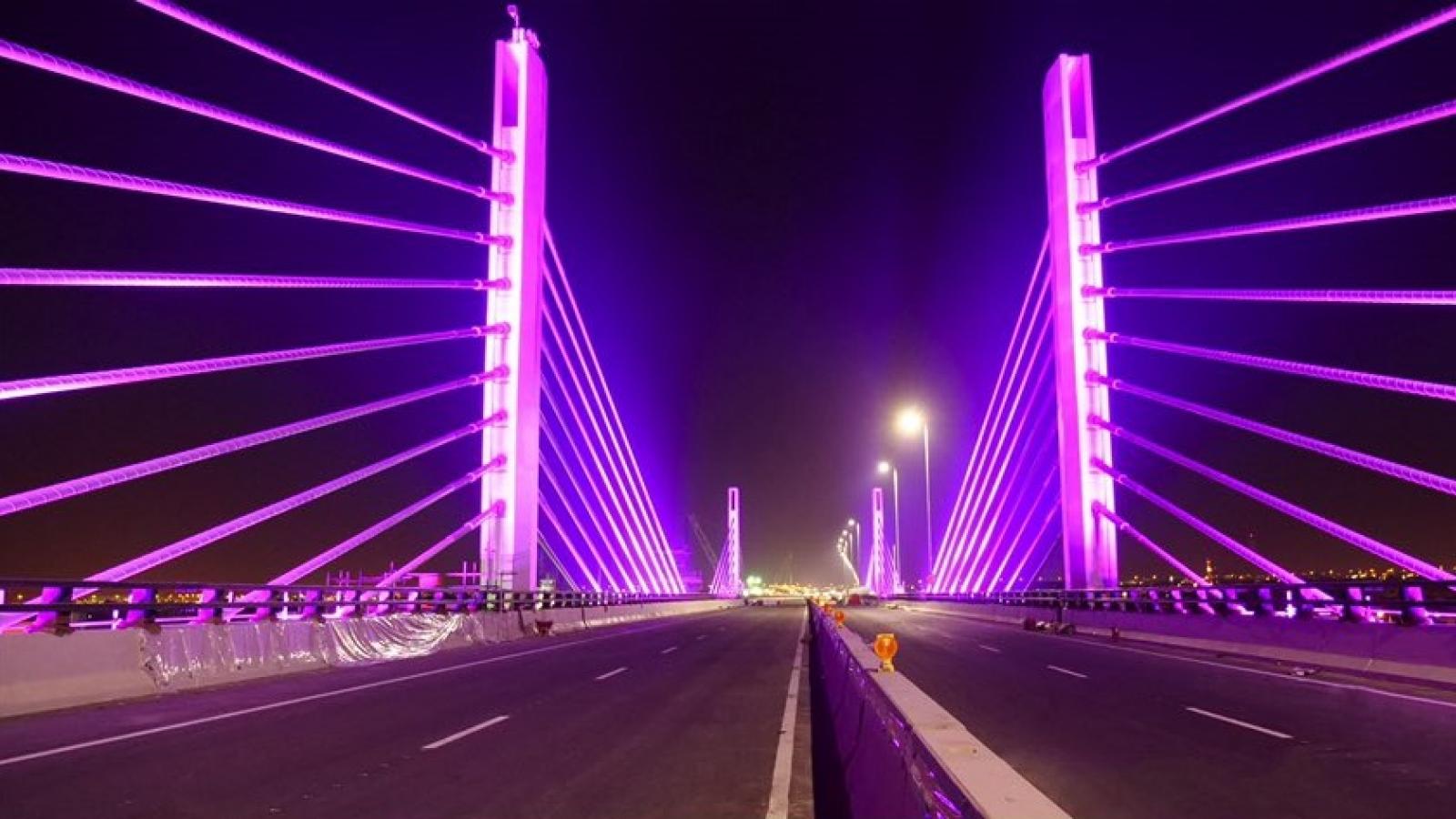 Ashghal announces the opening of the first phase of the Sabah Al-Ahmad Corridor with a length of 13km from Umm Lekhba Interchange in the north to Bu Hamour Bridge in the south shifting traffic along the road in order to complete the project and open it fully to traffic in the first quarter of 2021.

The Corridor has been named after Kuwaiti Amir HH Sheikh Sabah Al Ahmed Al Jaber Al Sabah and symbolizes the strength of the ties between the people of Qatar and Kuwait.

Ashghal says that seven new bridges opened, bringing the number of bridges to around 21 out of 32 bridges that make up the vital road.

The new openings will deliver a free traffic flow along the road passing over 12 at-grade intersections, which will cut the travel time by more than 50%.

HE Dr. Eng. Saad bin Ahmad Al Muhannadi, President of the Public Works Authority ‘Ashghal’, said that “The opening of the first phase of  Sabah Al Ahmad Corridor came despite many challenges that the country has recently witnessed, among them is the unjust blockade and the COVID-19 pandemic, which is evidence that the work progress is proceeding without interruption thanks to the country’s endless support and overcoming all obstacles to support infrastructure projects to complete them according to the deadlines.”

Eng. Youssef Al Emadi, Projects Affairs Director, said that Ashghal mentioned that “the completion of the first phase of the Sabah Al Ahmad Corridor as it came about a year and a half after the launch of the project in February 2019, indicating that the project is expected to be completed in 2021 to add a new achievement to the Public Works Authority.”

Eng. Ali Darwish, from the Highway Projects Department said, “The Cable-Stayed bridge is the first of its kind in Qatar and opening it provides a free flow of traffic between Al Waab and Bu Hamour passing by Haloul and Faleh bin Nasser Interchange on Salwa Road, pointing out that it was opened on a temporary asphalt layer to temporarily accommodate traffic in both directions until traffic is later diverted to the northern part of it, in order to preserve the quality of the final layer of asphalt.”

#Ashghal: The Cable-Stayed bridge was designed pillar less for a distance of 150 meters, supporting the bridge with 120 cables and 754 precast concrete pieces of more than 200 tons and setting up 20 columns and 16 piers to reach the highest point of the bridge to 30 meters pic.twitter.com/YozgJy9zdM

The Corridor will also facilitate access to the 2022 FIFA World Cup stadiums.

Earlier, Qatar's Prime Minister and Minister of Interior Sheikh Khalid bin Khalifa bin Abdulaziz Al Thani toured the Sabah Al Ahmed Corridor Project. The PM reviewed the progress of the project thus far and was briefed on several aspects including the project's advantages, its integration with the Doha Metro network, and the project's landmarks.