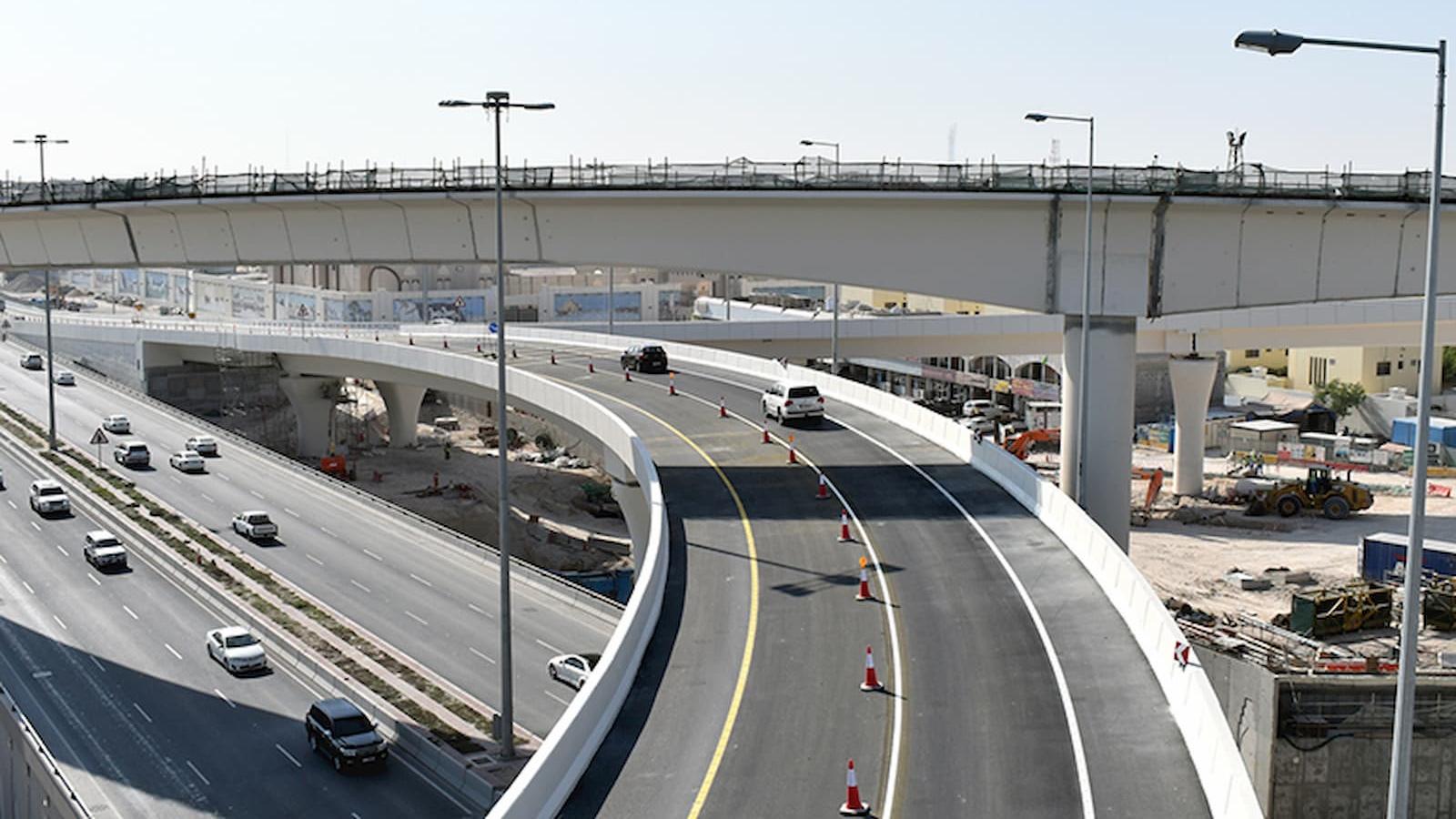 According to Ashghal, construction works are in full swing for the project, also known as the Landmark Interchange. About 65 percent of the works have been completed so far.

The flyover features two unidirectional lanes from Al Markhiya to Doha. It can accommodate about 4,000 vehicles per hour.

By offering a parallel route to Khalifa Street toward Doha, the flyover will also lessen congestion at Immigration Intersection.

Moreover, the opening of this flyover will particularly benefit Duhail, Madinat Khalifa, and Al Markhiya residents as well as motorists traveling from Al Corniche to Doha and Al Gharrafa through 22 February Street. 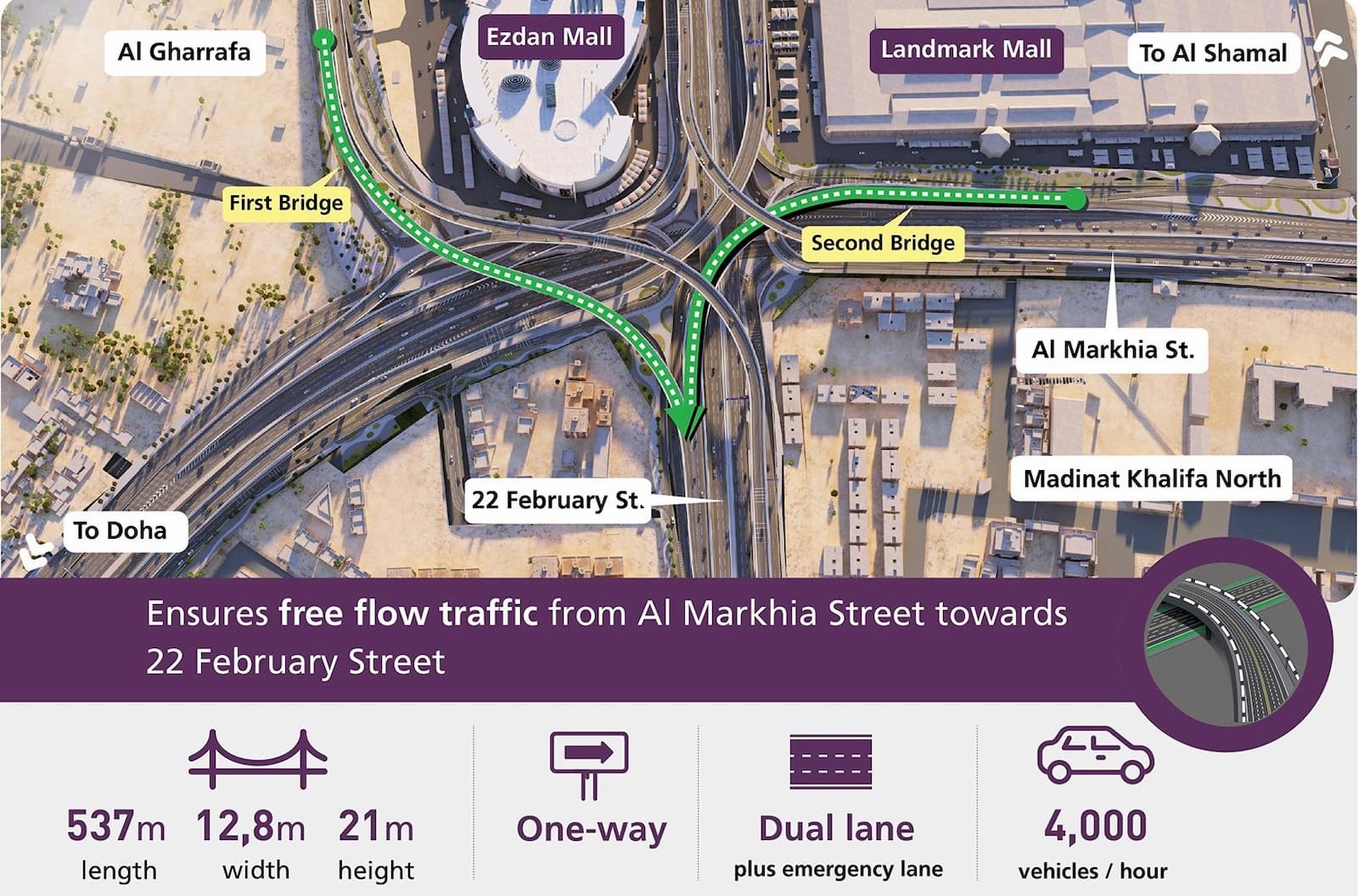 The new route will also be of convenience to road users moving between commercial facilities, complexes, and several educational and health institutions as well as to those coming from Qatar University, Ashghal said.

Ashghal opened the first bridge of the Umm Lekhba Interchange two months ago.

The first flyover runs from the new Al Hateem Street to 22 February Street.

The Umm Lekhba project will be completed by the last quarter of this year and will greatly shorten travel time for its users by over 70 percent.

Furthermore, the interchange will ease congestion on Doha Expressway, especially at the Al Gharrafa and Al Duhail intersections.