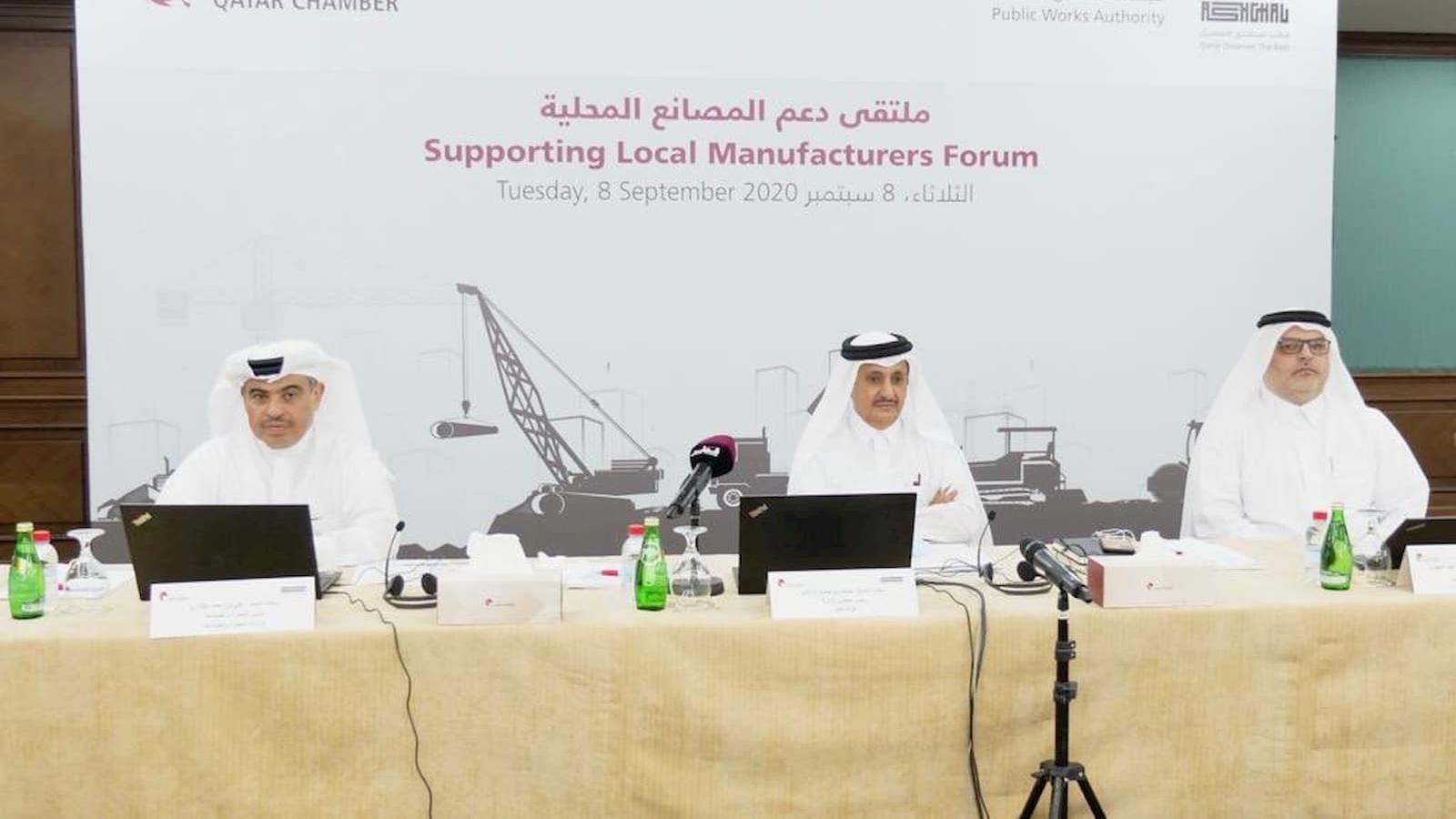 Ashghal to use local products worth QR25.6 billion over next five years

By QLNews • 2 weeks 6 days ago
Share
×
In recent years, Qatar has gone above and beyond to achieve self-sufficiency across various fields. The country has maintained a strong focus on unlocking local potential and supporting the growth of local products.

Qatar’s Public Works Authority (Ashghal), together with Qatar Chamber, organized the significant event, which aimed to encourage local manufacturers to actively participate in government projects, particularly in Ashghal initiatives such as the development of schools, health institutions, highways, infrastructure-related works, treatment plants, and beautification projects, among others.

The Forum was held via video conferencing in the presence of His Excellency the Minister of Commerce and Industry Ali bin Ahmed Al Kuwari.

According to the Ashghal President Dr Saad bin Ahmad Al Muhannadi, the reliance on local materials has boosted in the last five years from 38 percent in 2016 to 70 percent this year.

The local market has benefited from about QR20 billion from infrastructure and building project budgets between 2016 and 2020, he highlighted at the forum.

The value of materials from the local market over the next five years to meet the requirements of infrastructure projects and buildings is estimated at QR25.6 billion, Dr Al Muhannadi announced.

“By relying on local materials and manufacturers in most of the authority’s projects and increasing the percentage of the local component, we aim to contribute to enhancing the competitiveness of the national industry and diversifying investment activities, and supporting local production activities in the infrastructure and contracting sector to compete with their counterparts globally, in line with Qatar National Vision 2030,” he said.

The forum complemented the Ministry of Commerce and Industry's efforts to support local industries and enhance the competitiveness of local products at the national, regional and international levels.

The event sought to further enhance reliance on national products in Ashghal’s projects in addition to introducing Qatari manufacturers to the authority’s projects and their requirements of various materials.

Total value of materials needed by #Ashghal's infra. projects between 2021 & 2025 is QR 32billion, of which QR 24.5 billion can be supplied from local market. Local factories & investors can benefit from an QR 7.5 billion by meeting Ashghal’s needs of materials currently imported pic.twitter.com/NXjxtZuF8V

Speaking at the forum, Projects Affairs director at Ashghal, Youssef Al Emadi said the value of projects signed in July 2020 was QR3.6 billion, while the value of opportunities available for local product is QR1.35 billion.

QR32 billion is the total value of the materials required by Ashghal’s infrastructure projects between 2021 and 2025, according to Al Emadi. Out of this QR24.5 billion could be supplied from the local market.

Ashghal qualified 150 companies through Ta’heel and that the number of qualified companies “increases significantly every year,” he said.