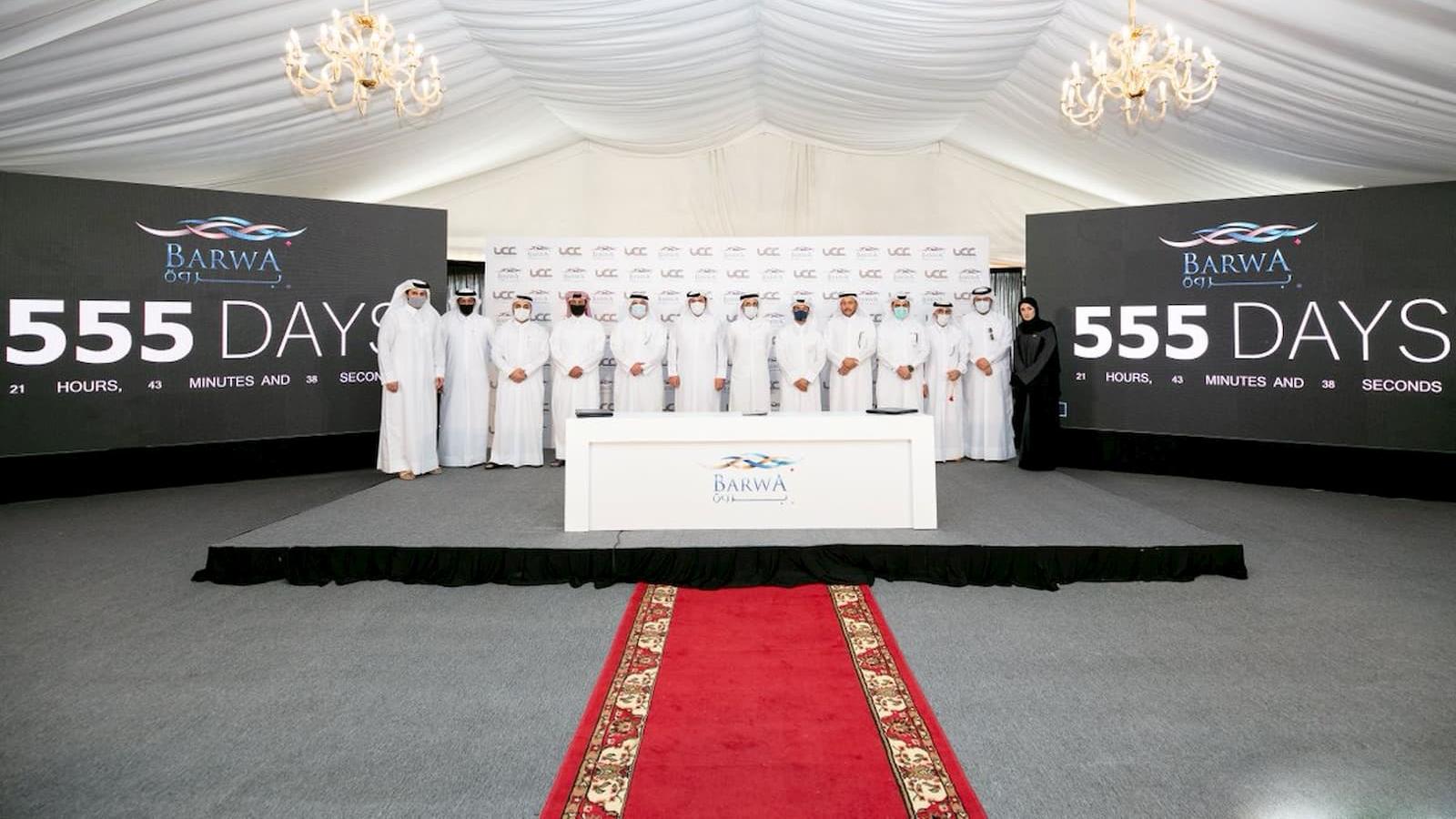 The two residential projects are ‘Madinatna’ for families and ‘Barahat Al Janoub’ for workers.

A special ceremony was held yesterday where Barwa signed an agreement with UrbaCon Trading and Contracting (UCC) for the construction of the two projects.

The residential project for families, Madinatna will cover an area of 1,141,689 square meters.

It will comprise residential buildings supported by integrated facilities associated with modern cities. The project will offer other services, such as a hypermarket, retail stores, mosques and public utility facilities.

Featuring smart city technologies, Madinatna will have as many as 6,780 apartments including two-bedroom and three-bedroom units.

The residential project will be able to house approximately 27,000 people.

In a statement, Barwa said that the strategic location of Madinatna in Al Wakrah Municipality, Umm Bishr area, will be "a great privilege for those who will benefit from the project in the future."

The other project, Barahat Al Janoub, will span over an area of 773,457 square meters.

It seeks to offer a fully integrated city for workers with each unit supported by smart city technology. There will be 16,848 rooms, where up to four persons can be accommodated.

The project will be able to offer accommodation to approximately 67,360 workers.