The February 22 Road, which is a section of the Shamal Expressway, continues to witness severe traffic congestion despite the recent decision to reduce the speed limit from 100 kmph to 80 kmph, according to Gulf Times.

Traffic Department has closed the entries to the road from the Passport roundabout to Al Soudan intersection to ease the congestion. But this arrangement has resulted in congestion on the side lanes and motorists are complaining that it takes double the time to negotiate the road.

A number of nationals told the paper that the recent decision had not realised its objective of reducing traffic congestion on the road but has led to slowing the traffic flow not only on the main road but also on the side streets after the traffic patrols closed the entries to the main road.

Citizens are calling for reconsidering the decision to reduce the speed limit and look for viable solutions to overcome the situation and reduce traffic accidents. They pointed out that the situation could be worse when the schools reopened after the spring vacation.

Many stated that the Traffic Department has to restore the previous speed limits and increase the number of radars. They also remarked that the lowering of the speed limit was leading to weariness among motorists due to the delay in reaching their destination.

Qatari national Abdulaziz Ahmed said that the problem was not about speed but the poor design of the road as well as the absence of emergency lanes. Another national stated that three lanes were insufficient considering the heavy traffic flow on the road and called for widening it with more lanes on both sides.

80 km speed is very good. I seen less accidents now on express way. what will happen if they increase the speed to 100 ? you save only 10 min...?? . I also request the traffic department to introduce speed/distance sensor all over. what happen is only where the camera found, people act very smartly otherwise still some peoples are follows with 100 km.

February 22nd street does not seem to be a futuristic design, as it has only three lanes and has no scope for adding additional lanes on either side. But a little modification like the C ring road could solve the problems. May be the existing lane width is too much and should be reduced to add an extra fourth lane which can be used for exiting the expressway. Entering the expressway is not a big concern but should still be looked into by adding flyover bridges. These flyovers could be made similar to the temporary steel bridge made on E Ring Road.

I am happy with 80km speed. This is very wise decision by traffic department.

Qatar should implement a system where public can report / provide suggestions for improving / easing current facilities.

Hope the above suggestion from "SHAKSTAR" reaches the authorities.

I strogly agree on that.

The main issue with the expressway are its entry and exit points. Those those who have to enter or exit it have to wait at traffic lights,,especially the al waab and salwa road intersections. All in intersections should be free-ways so that cars can freely enter and exit the expressway without having to then wait at traffic lights. For example, when you are traveling at a speed, whether its 80 or 100, and you have to exit to join salwa road and all of a sudden have to stop at a light and give way to other traffic before joining salwa road. What happens is that traffic builds up and the queues reach up to the expressway. There should be bridges connecting all major roads crossing the expressway, so that cars exit the expressway and without stopping join the other road. I think 80 to 100 makes no difference at busy times, as average speed is around 40 or 50. Even if you find a gap and speed up, you will still have to slow down as the whole traffic is moving slower at peak times. At busy times, I bet if you do an average speed check while driving through the D-Ring road, you may at times drive at 100 or above, but you will really find your average to be less than 80 for your time on the D-Ring expressway. Its about time the highway/ traffic department starts seriously building bridges and create more freeways to ease the congestion.

You kidding? Who is following lanes in Qatar? Only if they are fenced with barriers, high barriers...

From first thought all lanes are same speed, inside should be 80, middle 100, and outer lane 120, this would hopefully keep the drivers doing 60kph off the outer 2 lanes 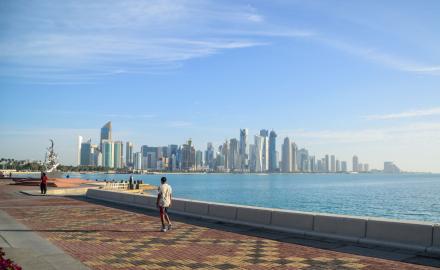 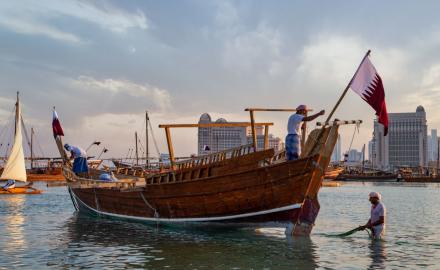 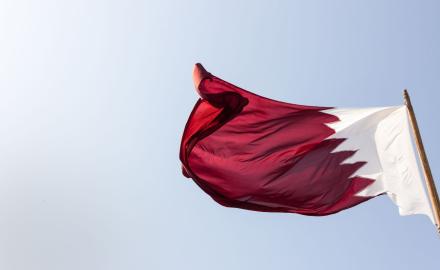