In a first for Qatar Airways, an all-female crew operates a flight from Brussels to Doha

If on March 10, you flew on the Qatar Airways flight from the Belgian capital city of Brussels to Doha, you may have been surprised to notice a distinct lack of male staff on the plane.

It was a very significant event for Qatar Airways because the Airbus A350 plane was manned entirely by women staff, right from the pilot to the cabin crew, reported Gulf Times.

The airline had recently announced a ten-year partnership with the International Air Transport Association (IATA) for the launch of the ‘IATA Diversity & Inclusion Awards,’ which promote greater gender diversification in the aviation industry.

Qatar Airways has committed itself to support the awards for the next decade, as it recognises the need to encourage women to succeed and excel at all levels of the industry. The first winners will be announced at the IATA AGM in June.

“We're committed to promoting gender diversity, both within our airline and the industry as a whole. Our flight from Brussels to Doha is a testament to our wider goal of ensuring that women are equally represented at Qatar Airways and recognises that the most advanced societies include women in the highest ranks of leadership,” Qatar Airways CEO Akbar Al Baker was quoted as saying by The Peninsula.

“Women in transport are under-represented, constituting less than 5% of female pilots globally. We need to change this and strengthen women’s employment in the aviation sector. Qatar Airways’ flight with an all-female crew is an excellent example of how to bring down stereotypes and encourage more women to join the sector,” Violeta Bulc, the European Commissioner for Transport, told Qatar Tribune.

Speaking on the day of the flight, Member of the European Parliament Isabella De Monte, said: “Qatar Airways’ all-female crew flight departing today from the capital of Europe, the historical land of social rights and gender equality, highlights the airline's commitment to align with the spirit of the EU-Qatar Comprehensive Air Transport Agreement,” she said.

“Such an initiative sends a clear message to the world. Gender equality is about concrete actions, and I praise Qatar Airways’ commitment to making concrete steps in that direction,” De Monte added.

It would be great, if passenger also females.. hehehe..

By pioneerpec• 1 year 7 months ago.

More and more women want to work and capture areas where men dominated..

the future is exciting...

How happy would I be ....coz it would be my wife who is gonna be bald with responsibility and I will be full hair at home - health and fit :)

By QLNews·0·2 weeks 13 hours ago
The COVID-19 vaccine will be provided free of charge to Qatar residents, a senior health official said in an interview with Qatar TV.

By QLNews·0·2 weeks 6 hours ago
Qatar announced today that the foreigners and foreign firms will be allowed to own real estate in more areas across the country to attract overseas funds as well as to diversify the economy.

By Qatar Living·0·4 weeks 6 hours ago
With sustainability at the heart of the preparations for FIFA World Cup Qatar 2022, the Supreme Committee for Delivery & Legacy (SC) is on track to achieve its commitment to deliver the first-ever carbon neutral FIFA World Cup and leave a legacy of climate action for Qatar and the region.

By QL Videos·0·2 weeks 2 days ago
For this edition, we put ourselves up for another challenge. We head out to X-Ten Archery to learn more about the art of the bow and arrow. 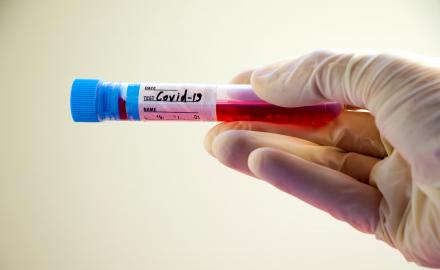 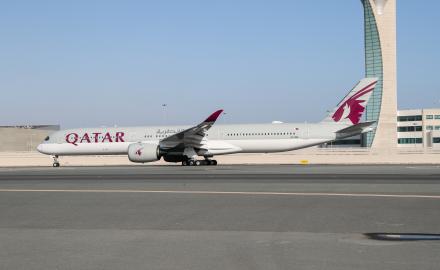