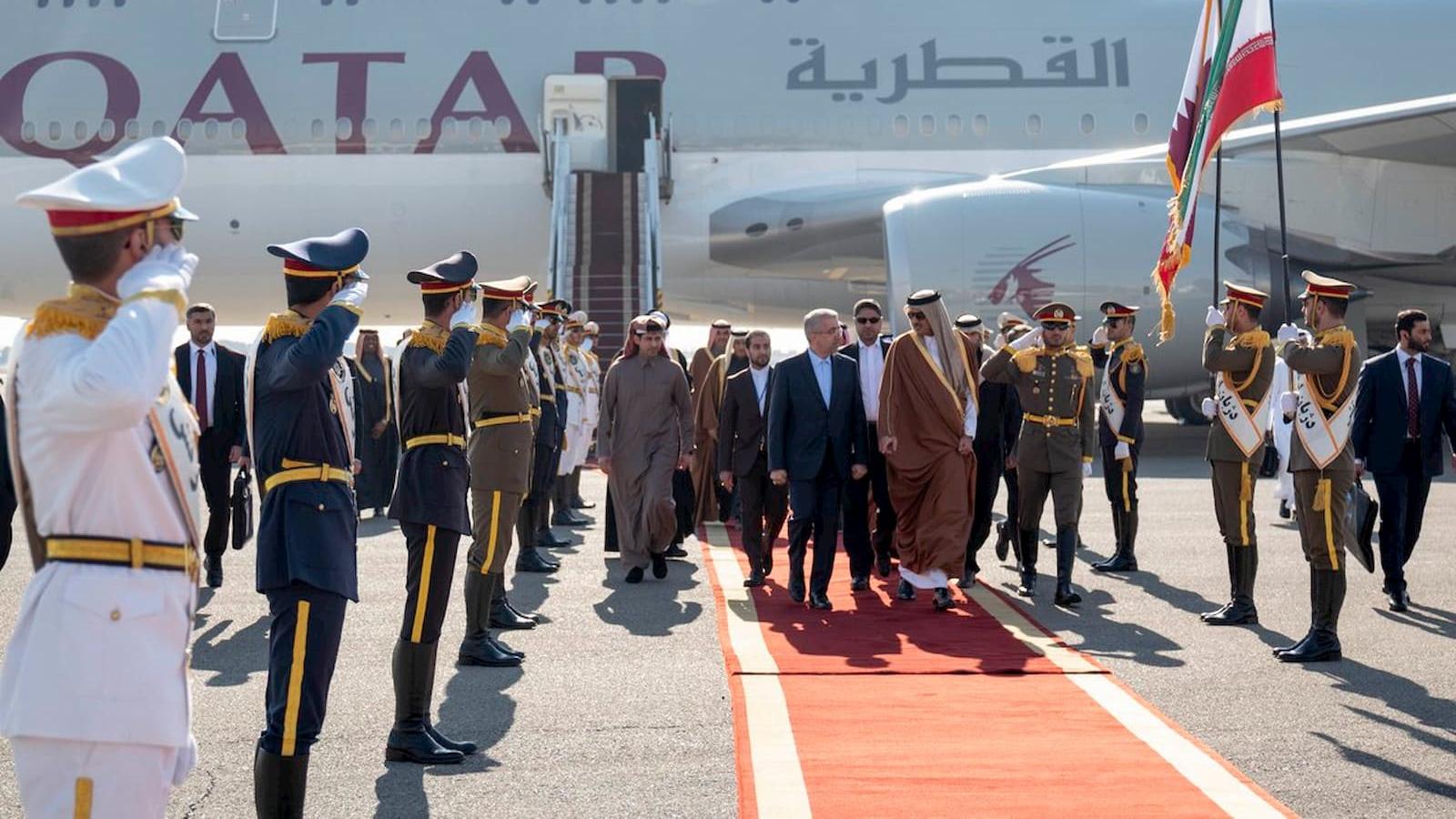 HH the Amir arrives in Iran

HH the Amir, accompanied by an official delegation, has arrived in Tehran on an official visit to Iran.

During his visit, HH the Amir will hold talks with Iranian President Dr Hassan Rouhani and senior Iranian officials "about bilateral relations between the two countries and ways to promote and enhance them, as well as about the latest developments in the region and international issues of mutual concern,” according to Qatar News Agency (QNA).

HH the Amir heads to Tehran for an official visit to Iran, to discuss bilateral relations between the two countries and ways of promoting and enhancing them, as well as the latest developments in the region and the regional and international issues of mutual concern. #QNA pic.twitter.com/BYCfPtAZqb

HH the Amir had earlier stressed the need to maintain regional security and stability in a telephonic conversation with US President Donald Trump after heightened tensions in the region this week.

Under HH the Amir's wise leadership, Qatar has been working hard to push for a peaceful solution to the US-Iran conflict.

During the meeting, they discussed current developments in the region, in particular, the recent events in Iraq, as well as calm measures to maintain regional stability and security.

HH the Amir is the first national leader to visit Iran since the tensions erupted on January 3, reported Al Jazeera's Assed Baig from Tehran.