The two leaders engaged in discussions focused on enhancing bilateral ties between Qatar and Botswana.

The President of the Republic of Botswana @OfficialMasisi and his wife @njmasisi have arrived in Doha and have been welcomed at the airport by His Excellency, Mr Ali bin Ahmed Al Kuwari, the Minister of Qatar Commerce and Industry. #Qatar #MokgweetsiWaLona #MovingBotswanaForward pic.twitter.com/veDR7mUNI0

The talks looked into ways of further developing the Qatar-Botswana bond by means of collaborative projects in a number of fields, in particular the areas of investment, minerals, infrastructure, and air transport, according to Qatar Tribune.

HH the Amir and the Botswana President also exchanged views on a number of regional and international issues of common concern.

President of Botswana arrives in Doha for an official visit to the country. HE was welcomed upon arrival by Minister of Commerce and Industry, HE (Non-resident) Ambassador Extraordinary and Plenipotentiary of Qatar to Botswana, and Ambassador of Botswana (non-resident). #QNA

Furthermore, the two leaders witnessed the signing of some Memorandums of Understanding (MoUs) to facilitate cooperation in the domains of defense, youth and sports, culture, and political consultations, reported Gulf Times.

GRAND WELCOME FOR PRESIDENT OF BOTSWANA AT AMIRI DIWAN pic.twitter.com/iKtH4SvF1G


A number of ministers and members of the official delegation that arrived in Doha with the President of Botswana joined the session where the different MoU’s were signed.Earlier upon his arrival at the Amiri Diwan, the Dr Masisi was accorded an official reception.

HH the Amir also hosted a luncheon banquet in honor of the visiting president and his delegation. 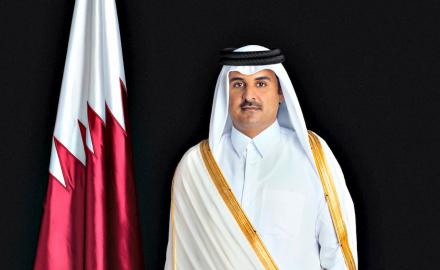