Over the years, Qatar has always stood firm with the Palestinian people in their quest for a solution to the crisis.

Now, HH The Amir Sheikh Tamim bin Hamad Al Thani has once again stressed the importance of achieving a just, comprehensive and lasting solution to the long-standing Palestinian issue.

He said it could be achieved only through negotiations and by ending the Israeli occupation of Arab territories within a specific time-frame, reported Gulf Times.

One should respect the relevant resolutions of international legitimacy and the principle of a two-state solution agreed upon by the international community. A Palestinian State should be established on the 1967 borders with East Jerusalem as its capital.

These instructions came during a speech delivered by Abdullah bin Nasser Al Fahid, Acting Charge d’Affaires at Qatar’s Embassy in Vienna, on behalf of HH The Amir.

He was speaking during a ceremony at the United Nations to mark the International Day of Solidarity with the Palestinian People, reported The Peninsula.

HH The Amir condemned Israel’s continued rejection of the peace option, escalation of aggressive practices and violation of ‘the inalienable rights of the Palestinian people’ only served to raise tension in the region and threaten international security and stability.

He also listed Israel’s illegal and unjust measures — its continued efforts to build unlawful settlements in Palestinian territories, confiscation of Palestinian land, use of excessive force against unarmed Palestinian civilians and the unjust siege on the Gaza Strip.

These measures did not serve the cause of achieving a lasting and comprehensive peace in the Middle East, HH The Amir said, according to Qatar Tribune.

Sheikh Tamim said Qatar would continue to provide various forms of material and political support to the Palestinian people.

HH The Amir’s speech pointed out Qatar had increased its financial support to the United Nations Relief and Works Agency for Palestine Refugees in the Near East (UNRWA) given the vital role undertaken by the agency since its establishment to secure the basic needs of millions of these refugees.

By QLNews·0·5 days 4 hours ago
In order to ensure the safety of society and an effective vaccination process, MoPH had explained that invitations for the vaccination will be sent in a gradual and phased manner.

By QLNews·2·4 days 2 hours ago
Qatar's national team player and Al Duhail's forward, Almoez Ali, has recently been appointed a national ambassador for the United Nations Educational, Scientific and Cultural Organization (UNESCO) to support football as a global heritage of humanity.

By QLNews·0·4 days 7 hours ago
The Primary Health Care Corporation (PHCC) has begun administering Moderna's COVID-19 vaccine in three of its health centers. These are Al Wajba, Lebaib, and Thumama.

By Qatar Living·0·3 weeks 5 days ago
For this edition, QL Team took a ride through the mighty dunes in the exclusive off-road Monster Bus. This is an experience you would never want to miss, says the team.

By QL Videos·0·3 months 4 days ago
While there may be several other luxury and sports cars that catch your eye, you may wonder what it is about the Land Cruiser that makes it a popular pick by many in Qatar?

By QLSports·2·1 week 3 days ago
The 2020-21 season QNB Stars League’s Week 16 fixtures, held on Saturday and Sunday (February 13 and 14, 2021), witnessed hot action. A total of 11 goals were scored over six matches, all of which ended in victories.
Post to Forum
Sponsored Posts 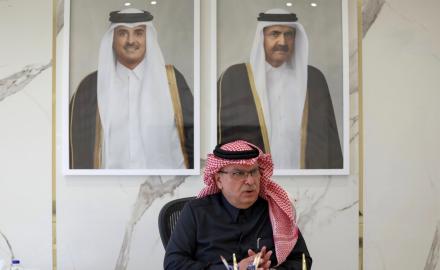 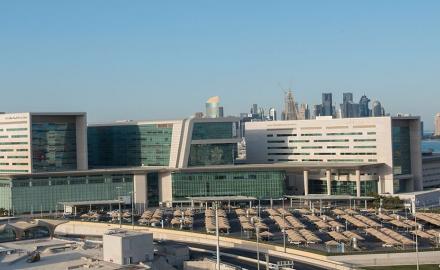