One of the most renowned media networks globally, Euronews, will set up an office in Qatar, according to Qatar News Agency (QNA).

This follows from a strategic partnership agreement signed between Media City Qatar and Euronews yesterday.

The deal marks a significant milestone in the Media City Qatar’s ambition to attract the top media networks from across the world to the country.

Under the agreement, Euronews will establish a regional office as well as a media academy in Media City Qatar.

The aim is to hone the skills of young media professionals and students through high-quality training programs.

As a trusted news source for over 28 years now, Euronews will bring its expertise in storytelling and journalism to Qatar.

The Euronews Academy in Qatar will see the creation of an e-learning platform, which will feature innovative e-learning modules and trainings in English and Arabic. 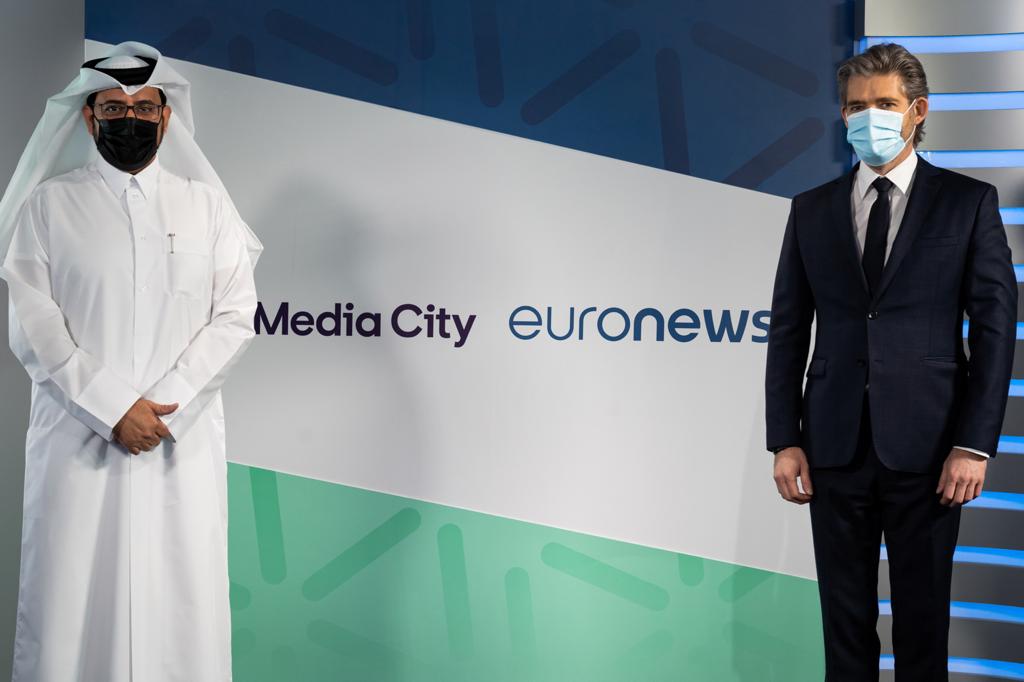 The Euronews office in Media City will conduct onsite trainings and run an educational program in conjunction with local universities.

Chief Executive Officer of Media City Qatar Mohamed Badr Al Sada commented, "This partnership represents an important step towards establishing Media City as one of the favorite destinations for worldwide known media institutions and technology companies. We aspire to sign more strategic partnerships of this kind and hope that this will lead to greater development in the media sector throughout the region.”

Chief Executive Officer of Euronews Michael Peters said, "We are proud to be partnering with Media City Qatar to launch our ambitious Euronews Academy program in the region. Euronews has for nearly three decades now been an example of trusted fact-based impartial journalism.”

“We are excited by the opportunity we have to share our expertise and know-how with young generations of budding media professionals based in Qatar,” he added.

Media City Qatar was established by Amiri Decree No. (13) issued in 2019 to further enrich Qatar’s media industry and become an international hub for businesses, organizations and entrepreneurs with a focus on traditional and digital media, technology, communications, research and development.

By QLNews·0·6 days 25 min ago
The Primary Health Care Corporation (PHCC) has begun administering Moderna's COVID-19 vaccine in three of its health centers. These are Al Wajba, Lebaib, and Thumama.