Meet the man who wants to do a complete run around Qatar, alone, in seven days

The human heart is a wonderful thing. Once you decide to set it on a seemingly impossible task, it suddenly becomes much more doable.

Come Sunday and Frenchman Pierre Daniel will put his heart and soul into a mission that is ambitious and has never been attempted before — do a complete run around Qatar, alone.

Simply put, he aims to cover the 439km-route on foot, with no outside help or assistance. He will carry his own rations and precious water, at times sourcing it from nearby farms and wells.

Seven days later, if Pierre successfully completes the quest, he will be celebrated as a glowing symbol of human endurance and even get a chance at becoming an official Guinness World Records holder.

Has Pierre, who works as a Brand & Marketing Lead at the Aspire Zone Foundation, really thought this through? When asked, the Frenchman’s reply was an emphatic Yes.

“I was quite active from a very young age. I started playing ice hockey really early and 20 years later, I played in the Premier League as a goalkeeper for the Les Ducs D’Angers Elite team. In recent years, I’ve changed my lifestyle to include even better nutrition and exercises. So yes, I think I’m ready for the challenge,” he told Qatar Living.

But it is not just simple ‘lifestyle’ changes that has given him the confidence to attempt doing the virtually impossible.

However, it was his participation in the World’s Toughest Footrace — the Marathon des Sables — in April 2017 that gave him so much confidence.

“Thousands of runners from across the world took part in the competition. To my great surprise, I was among the top quarter of the field. Doing so well at this legendary race gave me more confidence. I’ll be attempting something similar in Qatar, but the key difference is that I’ll be getting zero support from my team. I insisted on that,” he said.

So how is Pierre preparing for the race and what challenges does he see ahead of him? The answer was clear and concise.

“I’ve lived in Qatar for the last 10 years. Beginning in 2012, I’ve walked the lengths and breadths of the country alone. I’ve walked from Doha to Dukhan, Doha to Dakhira and from Al Zubara Fort and the Inland Sea back to Doha at night. Each time, I walked non-stop and that’s been an experience. I’ve also extensively cycled all over Qatar and I can say I’ve a fair knowledge of the terrain,” he said.

“Of course, there’re a few sections I haven’t been to before. I don’t intend to go there either. I’ll not use a GPS to guide me during the run and will stick to old school compass and maps during the journey,” Pierre added.

The history of the world is the history of a few who had faith in themselves. Pierre believes he has it in him to create history. Come February 24 and he could very well become the man who conquered the impossible.

…how his running career began

A close friend invited me to be a part of a charity cycling association called the Qatar Sandstormers. Although I’d never cycled before, I bought one and was soon cycling across Europe. I also started competitively riding for Qatar-based Carbon Wheels Cycling.

The same friend got me hooked onto triathlon when he asked me to cover the cycling leg of an event at Aspire Zone. Soon, I was competing in a series of Half Ironman Triathlons.

…his training ahead of the ‘Alone’ Run

I’m a certified coach and a physical instructor. So I do my trainings myself. I have a person I call my ‘fitness guru,’ who trained me during Aspire Zone’s 50km Ultra Marathon and the Marathon des Sables. He is a fountain of knowledge and I still call him up for expert opinions.

…the reason behind choosing February to attempt the run

Honestly, I was supposed to Run in December when the weather was a lot cooler. However, we were perfecting an online interface to help the public track my progress through the country’s terrain and it took time.

The interface was really important because people would then be able to track my progress live and also be able to see Qatar’s beauty like never before.

What was in the beginning a very personal project soon turned into something much bigger. So we had to make some compromises. The February window will undoubtedly make the challenge harder, but I’m ready for it.

Although I’m yet to complete my first challenge, I’ve already thought about bigger and crazier feats.

One of my plans is to scale the highest mountain in the Alps — Mont Blanc — this year. There’s also a plan to do the Race Across America with a group of friends. It’s a team relay cycling race that covers around 4,500kms, across 12 US states.

I can do the same but my intention is not for world record, it’s for money.

By QLNews·0·1 week 4 hours ago
The results of the Qatar Census 2020 are expected to have a ‘significant impact’ on the Ministry of Public Health's development process, a statement by the Planning and Statistics Authority (PSA) has underlined.

By QLNews·1·6 days 3 hours ago
The updated list now contains 38 health facilities that can conduct the PCR test for COVID-19 in Qatar.

By Qatar Living·3·1 week 22 hours ago
Qatar Living speaks to the Qatar-based blogger and the founder of Elegant Agency, Rola Rizq, to learn more about her success story.

By Qatar Living·3·6 days 22 hours ago
Al Khor Family Park is a great place to escape the city hustle and bustle. Although there is a small entrance fee, the family-friendly park is well worth a visit as there is so much to do and see.

By QLNews·0·6 days 4 hours ago
After nearly three and a half years since the Gulf crisis erupted, the first Saudi Arabian flight touched down in Doha last evening.

By QL Videos·0·1 week 1 hour ago
Hilton Doha’s The Pearl Residences offer the perfect solution with its combination of luxury, comfort and elegance.

By QL Videos·0·1 week 22 hours ago
Now you can enjoy freshly baked pizzas at IKEA Restaurant.

By QLSports·0·6 days 20 hours ago
League-leaders Al Sadd continued their impressive form in the ongoing 2020-21 QNB Stars League with a massive 8-0 rout of Al Sailiya in their Week 13 fixture on Friday to extend their lead on the 12-team tournament to 35 points.
Post to Forum
Sponsored Posts 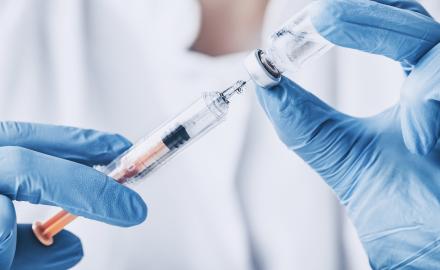 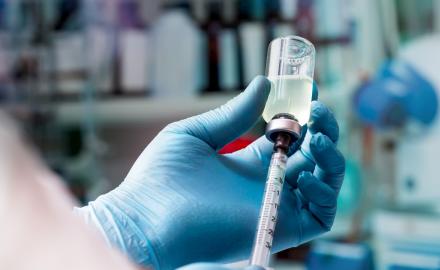 People 60 years of age and above now eligible for the COVID-19 vaccine: MoPH