Eight stadiums will host matches during the FIFA World Cup Qatar 2022. Three of those venues – Khalifa International, Al Janoub, and Education City – have already been unveiled, with the remaining five sets to be completed long before the tournament kicks off on November 21, 2022.

The FIFA World Cup Qatar 2022 Sustainable Stadiums report compiled by the Supreme Committee for Delivery & Legacy (SC) outlines the sustainability features of each of the tournament venues in relation to design, construction and legacy.

Below are ten key facts which highlight the sustainable features of Qatar’s stadiums: 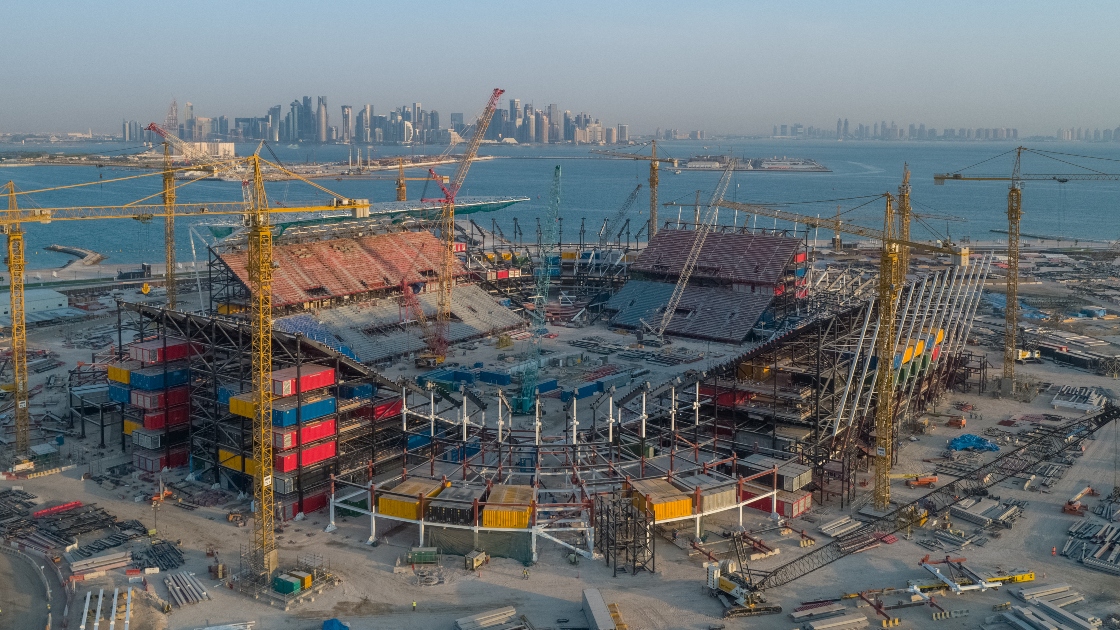 Modular design means more than 170,000 seats can be donated

The FIFA World Cup demands increased seating capacity compared to Qatar’s local needs – and the solution to this challenge is modular stadiums. More than 170,000 stadium seats will be removed from several venues after the tournament, with the SC planning to donate them to countries which lack sporting infrastructure – meaning the legacy of Qatar 2022 will be felt far and wide. Thanks to the modular design, it will be easy to disassemble facilities, transport them to a new location and reuse them.

Made primarily from shipping containers, Ras Abu Aboud Stadium will be completely disassembled after the tournament, with its parts being repurposed to provide sporting facilities after 2022. In addition, the land occupied by the stadium will be transformed into a waterfront development that overlooks the iconic West Bay district of Doha.

Stadiums will be operational year-round

Retractable roofs and advanced, energy-efficient cooling technology mean the stadiums can be used year-round. After the tournament, parts of some stadiums will be repurposed into community facilities such as hospitals, schools, retail units, and hotels. In addition, some stadium precinct areas will feature running, cycling and horse-riding tracks, among other facilities. Three public parks are already open to the public: Al Janoub Park, Al Bayt Park, and Al Ersal Park.

Doha Metro is fast, cost-effective, and environmentally friendly. A combination of the metro, trams, and buses will connect passengers directly to all stadiums. A single journey on the metro, which was used by thousands of fans during the FIFA Club World Cup Qatar 2019™, costs just QAR 3 (US$ 0.82).

15% of building supplies for the stadiums were sourced from recycled materials. In addition, the project has prioritized using local resources wherever possible in order to support Qatar’s economy. Indoor spaces are finished with non-toxic paint, while light-colored exteriors increase reflectiveness, minimizing heat retention and reducing the heating of the urban environment.

90% of waste generated at Al Janoub and Al Rayyan Stadiums during the demolition of the old structures was reused or recycled. All the stadiums are designed for effective waste management during operation. Waste segregation and recycling takes place on-site, while wastewater is recycled from on-site workers’ accommodation for dust control and toilet flushing.

Green landscaping provides a cooling effect as it absorbs much less heat than other built materials such as pavement or asphalt. The Qatar 2022 stadiums and surrounding precincts will house 850,000m² of new green space – equivalent to 121 football pitches. In addition, more than 16,000 trees have been planted, including water-efficient plants. The green spaces are irrigated using recycled water and provide a habitat for native birds, lizards and other fauna.

A host of measures mean Qatar’s stadiums are 30% more energy-efficient than minimum requirements mandated by ASHRAE 90.1 – which is administered by the American Society of Heating, Refrigerating, and Air-Conditioning Engineers. Passive energy efficiency features include thick insulation and smart site orientation, with each stadium being strategically located to make the most of the shade available.

Active energy efficiency features include efficient cooling and ventilation systems, LED lighting, and state-of-the-art building control systems that monitor and report issues so they can be rectified quickly and not compromise efficiency. The stadium’s energy is delivered through an energy centre which enables the load to be controlled and has installations such as thermal tanks and cooling towers that help to achieve an optimum level of efficiency.

Water vapor collected from the cooling system will be used for irrigation, while recycled water will be used for dust suppression. Efficient fixtures have been installed for sinks, showers, and WCs. The venues will use 40% less water than the minimum requirements set by the International Plumbing Code. 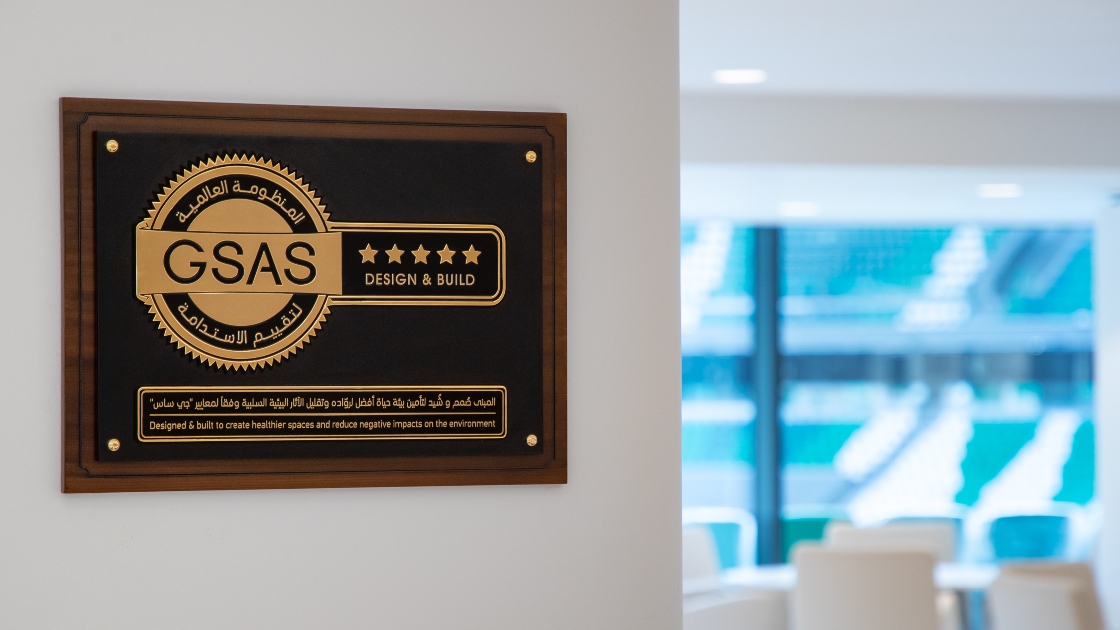 According to the mandatory requirement of FIFA, each Qatar 2022 stadium must achieve a four-star rating under the Global Sustainability Assessment System (GSAS), which is managed by the Gulf Organisation for Research and Development. Education City Stadium and Al Bayt Stadium recently became the first Qatar 2022 tournament venues to achieve a five-star rating. The sustainability certification system facilitated by GSAS measures a stadium’s design, construction, and operation stages. In addition, stadium energy centres are rated for efficient design and operation by the seasonal energy efficiency ratio.