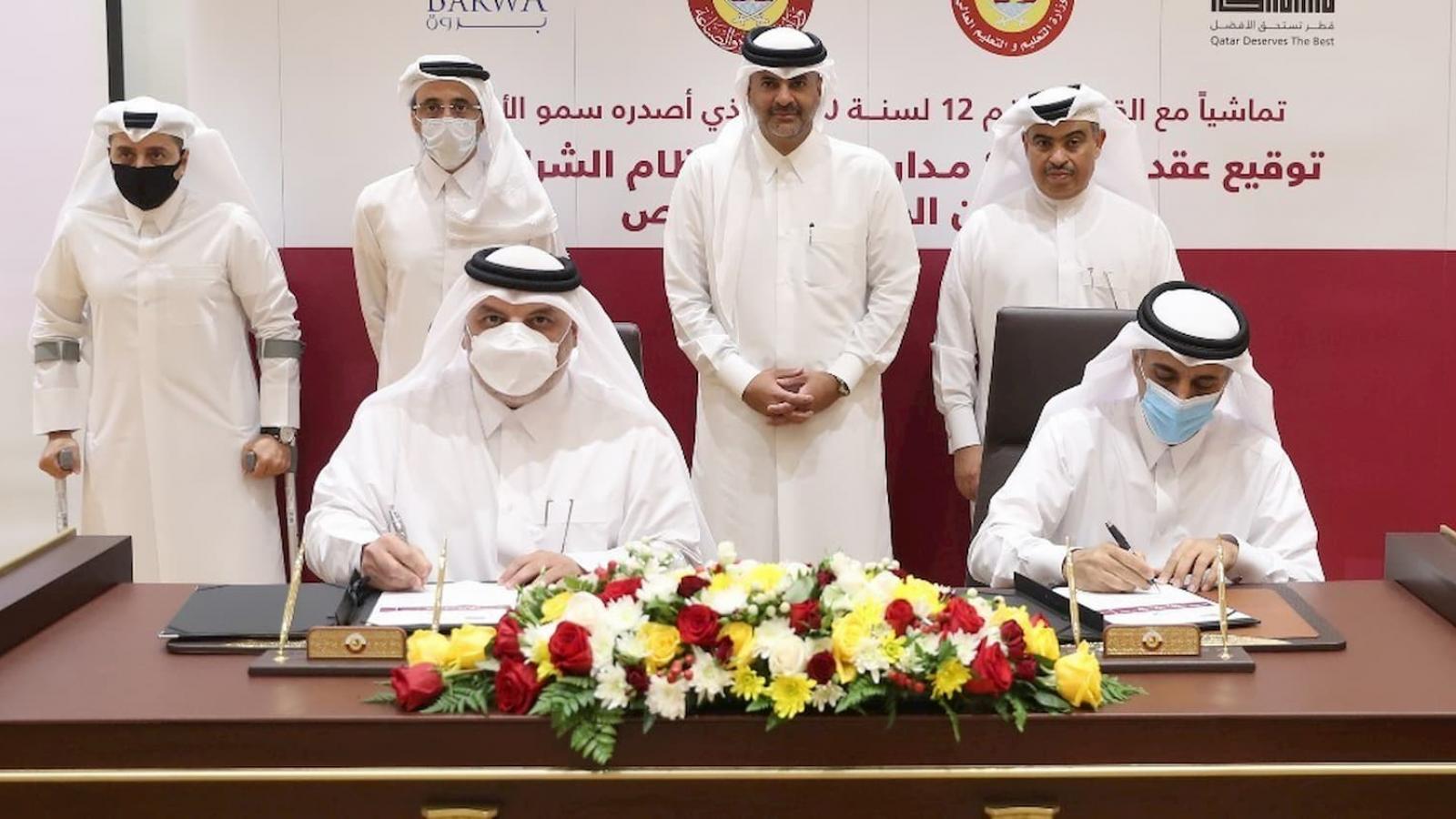 Education has always remained among Qatar's top priorities. In addition to creating educational opportunities locally, but it also continues to empower millions of children around the world through its initiatives supporting education.

To meet the demands of the growing population, Qatar has focused on setting up more educational facilities across the country in recent years.

HE Prime Minister and Minister of Interior during the signing of a contract to establish 8 public schools under the partnership system between the public and private sectors #QNA pic.twitter.com/t0qQc4DkEu

Several ministers, senior officials from Ashghal and Barwa Real Estate Company, and a number of stakeholders and representatives of the executing company were also present on the occasion.

Under the contract, Dar Al Uloom Real Estate Development Company will construct the schools and provide maintenance and operation services to the schools for 25 years.

The eight schools include:

- a middle school and a secondary school for boys in Al-Kheesa, Rawdat Al Hamama

- a middle school for girls in Bu Fesseela

- an elementary school for girls and a model school for boys in Al Wukair.

The schools will be able to accommodate as many as 6,000 students and provide employment to 720 staff.

Each school will consist of 30 classrooms to accommodate about 786 students.

Based on the approved design model, the schools will have many educational facilities, including: science labs, language labs, information technology, sports and art halls, multipurpose halls, gyms, libraries and classrooms, coupled with external facilities such as shaded parking, sports fields, and service buildings.

The construction of the schools will comply with the sustainability criteria represented by the GSAS 3-star system, which seeks to promote the application of green building requirements in the design and construction.

The Qatar Building Code for people with special needs will also be taken into account.

Commenting on the occasion, HE the Minister of Commerce and Industry Ali bin Ahmed Al Kuwari appreciated the directives of HE the Prime Minister that recognizes the role that the private sector plays as a strategic partner to achieve Qatar's vision for the future.

"This agreement represents an inspiring model for the partnership between the public and private sectors, especially as it mainly aims at supporting the nation's education system," he said.