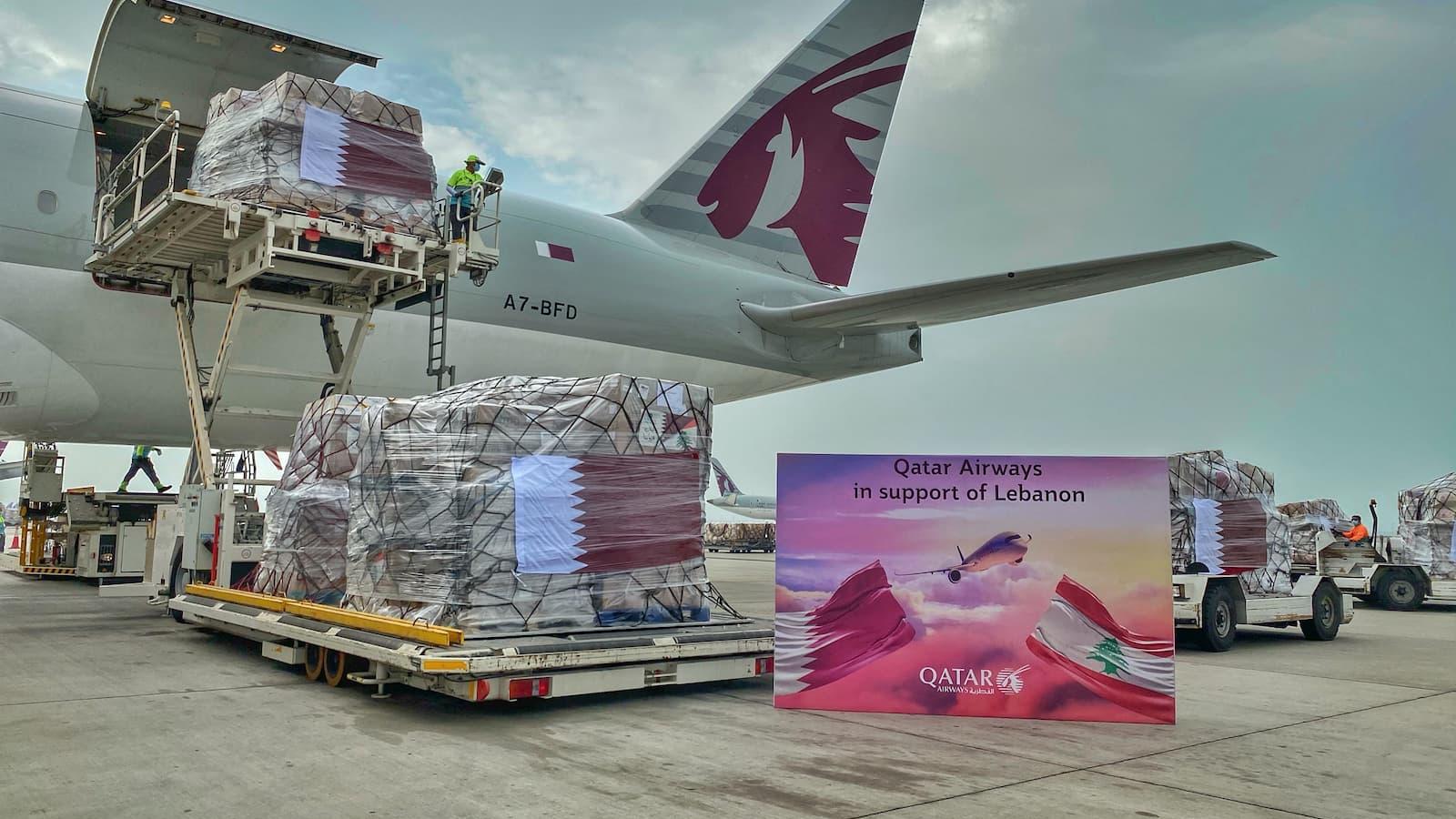 Qatar Airways delivers over 45 tonnes of essential supplies to Beirut

Joining the country’s humanitarian efforts to alleviate the suffering of the Lebanese people following the Beirut Explosion, Qatar Airways yesterday announced that it has tied up with Qatar Charity (QC), Monoprix Qatar and Talabat to launch an aid program in support of Lebanon.

The program will allow citizens and residents of Qatar to donate essential supplies to those affected by the tragedy.

Under this program, Qatar Airways will carry the donated supplies free of charge from Doha to Beirut.

#QatarAirways has partnered with @QCharity, @MonoprixQatar and @Talabat to deliver the aid programme, with essential supplies being transported free of charge from Doha to #Beirut by Qatar Airways Cargo. pic.twitter.com/H8cgYhtLs3

The airline yesterday delivered more than 45 tonnes of goods donated by its employees.

“We are delighted to extend our aid program to members of the public in Qatar. Today’s freighter is one of three that we will fly to Beirut,” he added.

#QatarAirways partnered with @QCharity and #AliBinAliGroup to deliver more than 45 tonnes of essential supplies from Doha to #Beirut. Our GCEO and @HIAQatar CCO Eng. Badr Al Meer were joined at the airport by the Chargé D’affaires, Ms. Farah Berri, while the aircraft was loaded. pic.twitter.com/vWfiEqFRdm

Hamad International Airport (HIA) chief operating officer Badr Mohamed Al Meer and the chargé d’affaires at the Lebanese embassy in Qatar, Farah Berri, were also present when the aircraft was being loaded.

Since the devastating incident in Beirut, Qatar did not waste any time to mobilize efforts to offer assistance to Lebanon.

In addition to sending urgent medical aid, including two fully equipped field hospitals to treat those injured in the explosion, a search and rescue team from Qatar’s Internal Security Force also made its way to the Lebanese capital.

Qatar’s leadership, its people, and several companies have come together and generously poured out humanitarian aid and donations in different ways.

The ‘Lebanon in Our Hearts’ fundraising campaign has raised more than QR94 million.

His Highness the Amir Sheikh Tamim bin Hamad Al Thani also urged the international community to stand by the Lebanese people and provide support to them amid the extremely grave conditions.