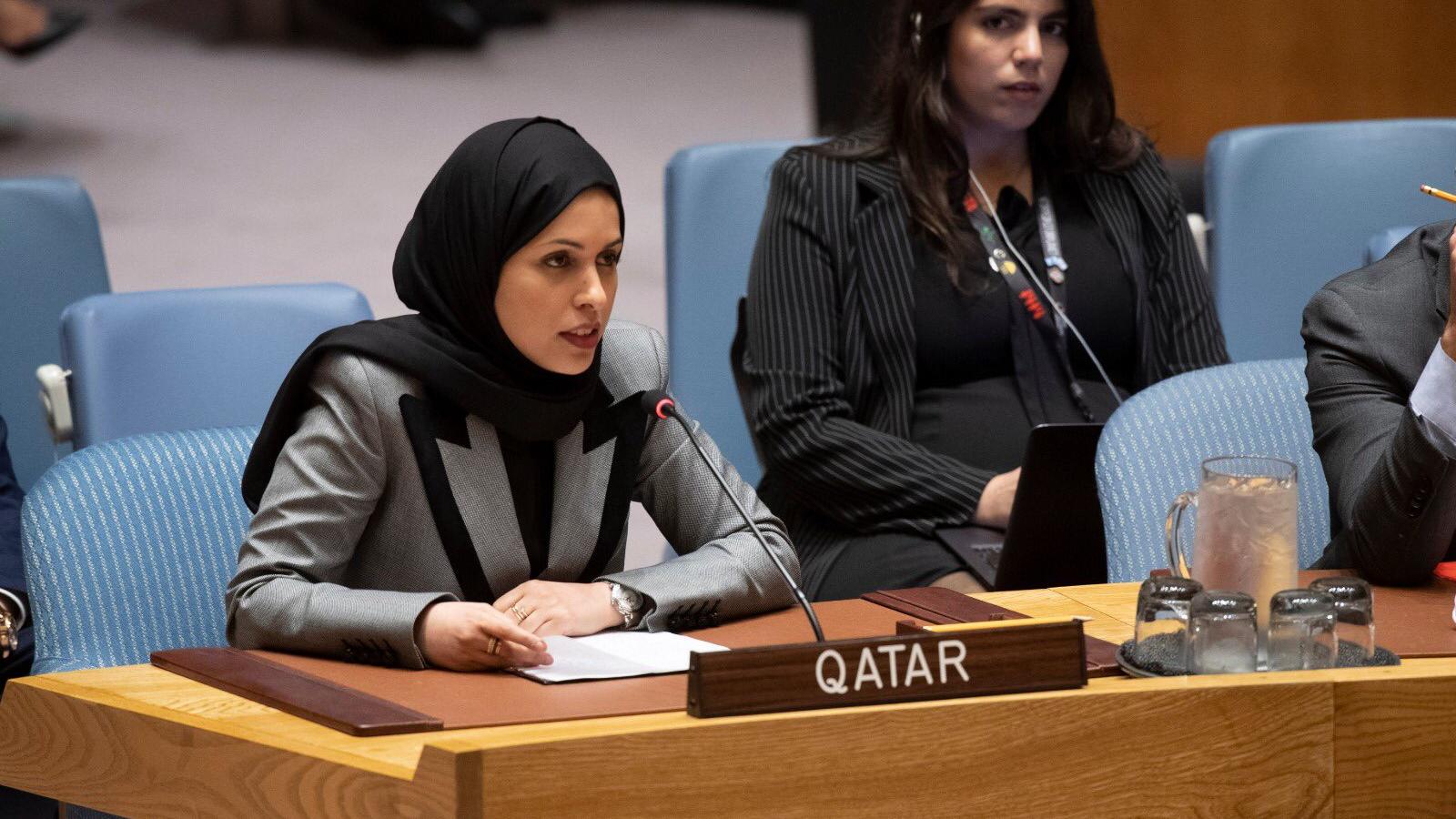 Qatar renewed its call for unconditional dialogue with the siege nations to resolve the fabricated crisis while underlining the failure of these countries to provide any evidence of their claims.

This came in a statement delivered by Her Excellency the Permanent Representative of the State of Qatar to the United Nations (UN) Ambassador Sheikha Alya Ahmed bin Saif Al-Thani.

HE expressed the views at "The Situation in the Middle East, including the Palestinian Question" debate held at the UN Security Council meeting.

Qatar also reiterated that these countries' insistence on imposing illegal measures and unfair blockade contradicts the UN's efforts in the field of preventive diplomacy and the promotion of peaceful resolution of disputes.

The country also highlighted that the illegal actions taken by the blockading nations go against the Charter of the United Nations, international law and human rights.

Qatar renewed calls for unconditional dialogue with the countries of the blockade to resolve the fabricated crisis, stressing their failure to provide proof of their allegations. Qatar said that their insistence on imposing unilateral illegal measures contradicts UN-led efforts. pic.twitter.com/A3YFXAlyL8

HE also called on the Security Council to take the necessary measures to stop the violations and alleviate tensions that have only had more catastrophic effects on international peace and security.

She added that what confirms the bad intentions behind the blockade as well as the attempts to offend the State of Qatar, is a failure for the blockade countries.

HE Sheikha Alya Al-Thani explained that the State of Qatar, to ensure the security and stability of the region continued to affirm its readiness to resolve the crisis through unconditional dialogue based on mutual respect.

In this context, HE drew attention to the State of Qatar's appreciation for the sincere efforts of HH the Amir of the State of Kuwait Sheikh Sabah Al Ahmad Al Jaber Al Sabah.

She added that after testing several solutions that did not lead to the goal that the esteemed Council and the world seek, stressing that it has been confirmed that the settlement of the Palestinian issue will be achieved only according to the criteria and foundations agreed upon by the international community.

This would only happen with the ending of the Israeli occupation of Palestinian and Arab territories, including the occupied Syrian Golan and Lebanese territories, the acceptance of a two-state solution and the establishment of an independent and viable State of Palestine on the 1967 borders, with East Jerusalem as its capital, living side by side with Israel in peace and security, HE noted.

The solution must be in line with the relevant Security Council resolutions and the Arab Peace Initiative, and the need for the return of refugees, halting settlement, dismantling Israeli settlements in the occupied territories and lifting the siege on the Gaza Strip and the rest of the Palestinian territories, HE added.

The complete statement by HE Sheikha Alya is available here.

By QLNews·0·5 days 9 hours ago
The Ministry of Public Health (MOPH) has announced that Qatar has become one of the first countries in the world to launch a new saliva-based COVID-19 test for all children who require testing for the virus.

By QLNews·2·6 days 18 hours ago
The Corridor has been named after Kuwaiti Amir HH Sheikh Sabah Al Ahmed Al Jaber Al Sabah and symbolizes the strength of the ties between the people of Qatar and Kuwait.