Qatar is planning to transform the sponsorship system by effecting significant changes to the rules that govern the employee-employer relationship in the country, according to a visiting European Parliament delegation.

The European Parliament’s standing delegation for relations with the Arab peninsula and the ad hoc delegation on the situation of migrant workers, are currently on a three-day visit to Qatar.

Addressing the media, representatives of the delegation said that Qatari authorities have  informed them of a “planned significant transformation of the Kafala system” and a law for the protection of domestic workers.

He pointed out that he discussed  the situation of migrant workers with the Prime Minister HE Sheikh Abdullah bin Nasser bin Khalifa al-Thani and also met HE Mohamed bin Mubarak al-Khulaifi, speaker of the Advisory Council, representatives of the government  as well as the Supreme Committee in charge of World Cup 2022 preparations, and members of the civil society.

David said: “The delegation was informed that there will be a deep and comprehensive revision of the sponsorship system in the country. The government is seriously thinking on this issue and we hope that it will take place sooner than later as migrant workers constitute 96% of the workforce in the country.”

The delegation has urged Qatar to make use of the opportunity to abolish the current exit visa procedure, to create transparent mechanisms to change employers without penalties, and to give serious consideration to alternatives which would allow for  the replacement of the sponsorship system as a whole.

Commenting on the steps taken by the government  to improve the lot of expatriate workers, David said the delegation was encouraged by several reforms announced by the Qatari authorities.

“The delegation welcomes the assurances by the Qatari authorities regarding measures aiming at raising awareness amongst migrant workers of their rights, the planned construction of new accommodation centres with appropriate facilities, and the efforts to establish effective monitoring mechanisms.”

However, the delegation  stressed the importance of effective implementation of the existing legislation aimed at protecting migrant workers. It called for establishing a credible timetable for the planned reforms and ensuring that they are guaranteed via benchmarks.

The ad hoc delegation’s chairman has expressed hope that the new law on domestic workers will be in effect soon.

“The delegation supports the recommendation of the UN Special Rapporteur to Qatar to ratify the ILO Conventions 87 and 98 on freedom of association, the right to organise and collective bargaining, as well as the ILO Convention 189 on domestic workers,” he added.

how could these officials sleep even after the abuses . Qatar have to grow up , making big buildings & driving luxury cars is not the development . Being human is the development . Buildings and your cars do not last forever but your humanity is .

The labour who work for 800 riyas in a month being cheated by companies daily , most companies do not care about Labour rules in Qatar . They forced to work over time more than they can perform daily ( otherwise salary will be deducted )and at the end of the month , overtime is being deducted from their salary (OT is based on company rules , no extra percentage )

If one labor take leave just because he is sick , and if he could not get a medical report from Hamad hospital their salary is deducted for 3 days . Whenever these labors went to Hamad hospital in Industrial area for treatment , they being told to go to Doha Hamad Hospital , so they are forced to go nearest Private hospital and paying a huge money from their salary . So companies are not accepting medical report from private hospital , their salary is deducted for 1 day ( 800 monthly salary , 1 days salary deduction , Also paid treatment & medicine charges for private hospital ) . As human being it makes me sick , its like there are moments you really wish if there is a god , even though there is none .

How could you people really close your eyes against this & get over it .

By irshad tagala• 8 years 4 months ago.

according to a visiting European Parliament delegation,,,,,,,,,,, why qatari has no brain? go man first change your 2 year ban, every one knows that u makes plan and do nothing thats whay ur work progress is not good compare to another country,because most of ur head is massry and surian..

By irshad tagala• 8 years 4 months ago.

according to a visiting European Parliament delegation,,,,,,,,,,, why qatari has no brain? go man first change your 2 year ban, every one knows that u makes plan and do nothing thats whay ur work progress is not good compare to another country,because most of ur head is massry and surian..

By dingjing• 8 years 4 months ago.

I hope so, but we Expats needs to pray hard for this to happen.

No, we are terriffied of changes...

By Molten Metal• 8 years 4 months ago.

Are you fully ready for the change ?

i thought it was groundhog's day when i read this article! LOL!

By landloverreview• 8 years 4 months ago.

Our fingers are corroded awaiting the approval, but still crossed (HOPE)

abolishing the exit visa or permit would be an excellent move as well as not confiscating the passports. some workers can afford their flights to go home but this exit visa is a big issue for them.

They've been saying this for a long time but I think Qatar will continue stringing along the old 'we will change' speech for a little longer, because the abuse of labor is beneficial for alot of companies here which are actually building the infrastructure, for example numerous private construction & contracting companies and the like. I know countless people stuck in low paying dead end jobs who've been waiting for the law to change because they like Qatar and have been offered good jobs by better companies but their employer will not allow them to leave the existing companies like they own them or something. I would LOVE to see the kafala system scrapped, Qatar would be a much more attractive and happier place to live for all of us.

If Qatar wants to show that it actually cares about people's basic human rights and become less like a prison where people are forced to work under one company and be abused by the management and/or the sponsor then they will make dramatic changes and fast - don't see it happening tbh.

By Bravelight• 8 years 4 months ago.

By mohammadumar• 8 years 4 months ago.

By another.user• 8 years 4 months ago.

I can find at least 10 similar articles over the last 3 or 4 years; yet nothing happens !

Joke of the day

First they have to cancel the visa ban for 2 years. Because if you can transfer your sponsorship with out visa ban so that employer will offer good facilities and try to keep every good employee and worker with them. other wise they will threaten them that they will cancel their visa and ban them for 2 years and it will spoil employee's future. so without further word that employee will remain in that same company for their family. this is what happening in Qatar now.. if any body cares about workers welfare they need to consider this first.

If they change the sponsorship system, that's the same as admitting that the current system was failing.

I don't think they can do that. They will prefer to say that everything is good the way it is.

fingers-crossed there will be love

according to a visiting European Parliament delegation , LOL 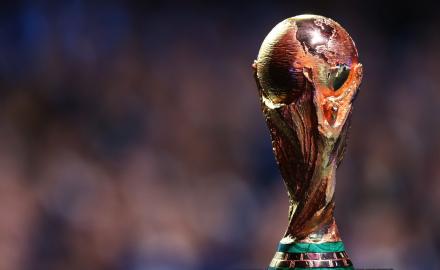