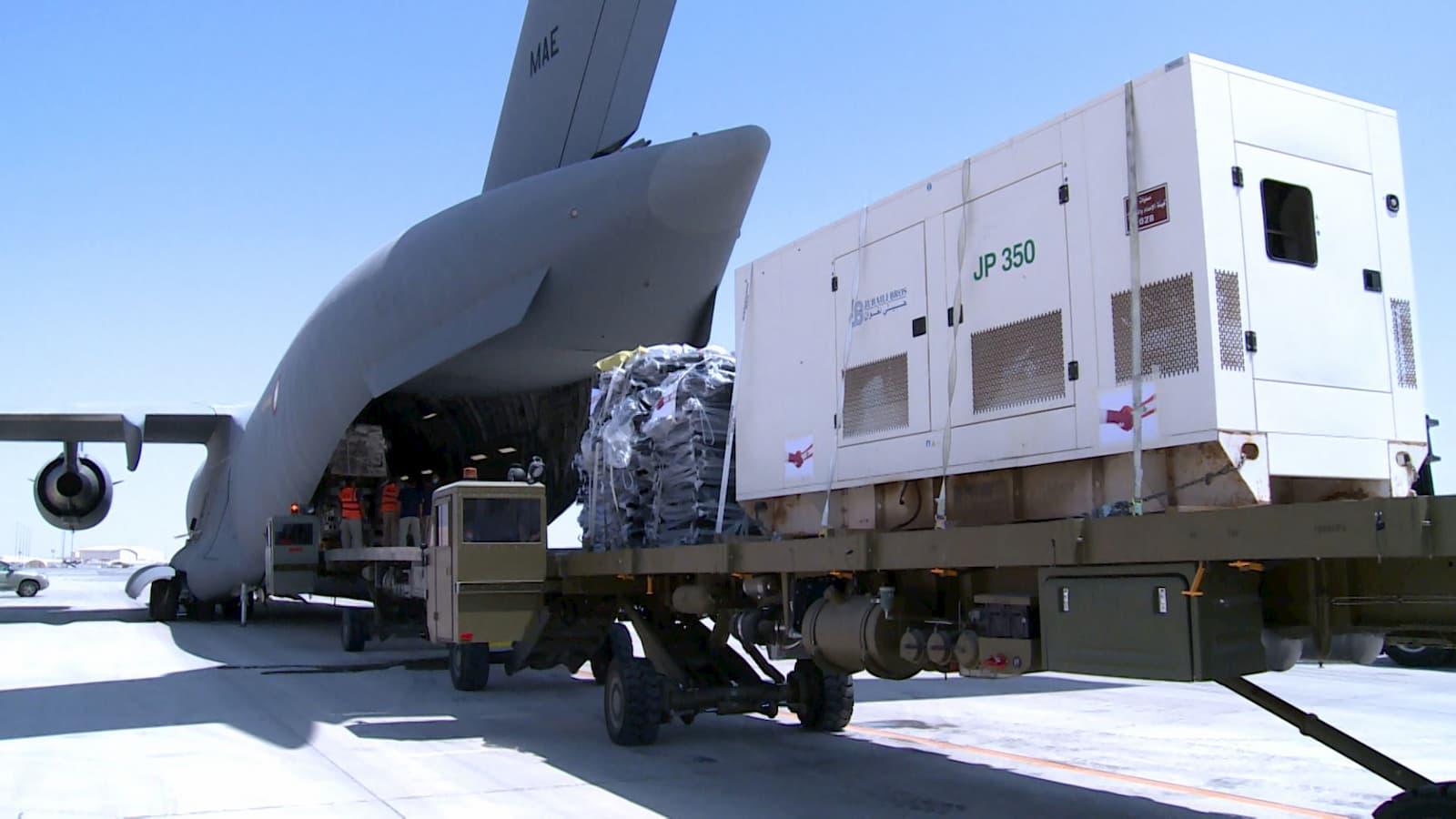 Qatar has expressed solidarity with Lebanon as it deals with the aftermath of an enormous explosion that rocked the country's capital Beirut yesterday.

Earlier, HH the Amir had offered his condolences to the Lebanese President and said that Qatar would provide all kinds of assistance necessary to mitigate the effects of the explosion.

Today, upon the directives of HH the Amir, Qatar sent urgent medical assistance to Lebanon.

The first shipment includes essential medical supplies to treat those injured in the Beirut explosion.

Three more planes are to deliver the aid to Lebanon today.

The aid also includes two fully equipped field hospitals of 500 beds each. The hospitals are equipped with respirators and the necessary medical equipment and supplies.

Yesterday, in a tweet, His Excellency Qatar’s Prime Minister and Minister of Interior Sheikh Khalid bin Khalifa bin Abdulaziz Al Thani said, “We have followed news of the explosion that took place in Beirut, Lebanon, today with much sorrow and anxiety.

As we extend a helping hand to the brothers in Lebanon upon the directives of His Highness the Amir, we express our condolences and solidarity to them and hope for the speedy recovery of the wounded, mercy and forgiveness for the victims, and condolences and solace to their families.”

HE Qatar’s Deputy Prime Minister and Minister of Foreign Affairs Sheikh Mohamed bin Abdulrahman Al Thani said, “We stand in solidarity and sympathy with the brotherly Lebanon, its leadership and people, in such hard times.

We also offer our sincerest condolences to the families of the victims of the explosion at the port of Beirut, and pray for the speedy healing of the injured.”

The explosion in Beirut’s port area sent shockwaves across the city, resulting in over 100 casualties and 4000 injured.

Officials said they expect the toll to go up as emergency workers continue rescue operations through the devastated area, Al Jazeera reported.

Some 2,750 tonnes of ammonium nitrate stored in a port warehouse for six years is being linked with the explosion.

An investigation is underway to find the exact cause of the explosion, BBC reported.

By QLNews·2·2 weeks 2 days ago
The Corridor has been named after Kuwaiti Amir HH Sheikh Sabah Al Ahmed Al Jaber Al Sabah and symbolizes the strength of the ties between the people of Qatar and Kuwait.