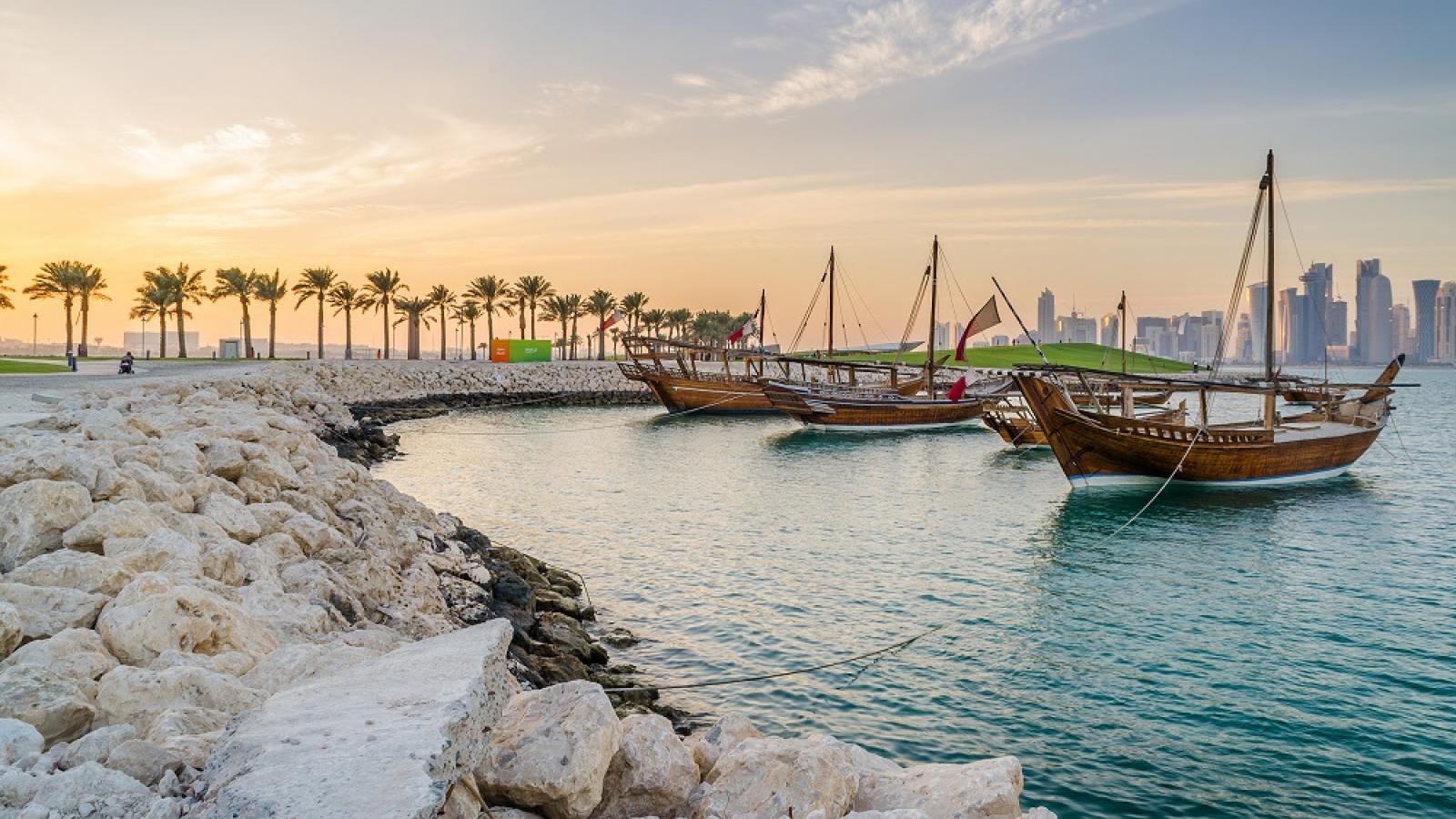 In furtherance of Qatar’s efforts to protect the interests of employers and employees alike, the Ministry of Administrative Development, Labour and Social Affairs (ADLSA) has today taken a major step forward in its labour reform programme, introducing a non-discriminatory minimum wage and removing the No-Objection Certificate requirement to change jobs for employees.

ADLSA will be working with employers to update all employment contracts where workers earn less than the amount established by the new law, which will come into force after six months of its publication in the official gazette.

The minimum wage was decided following extensive consultations with a specialized national committee composed of relevant authorities in Qatar to consider the matter. The law is the first of its kind in the Middle East and will provide additional stability to Qatar’s labour market.

Considering the above, a Minimum Wage Committee will be formed and tasked with frequently studying and reviewing the minimum wage of workers and domestic workers.

The government also introduced Decree-Law No. 18 of 2020 amending some provisions of Labour Law No. 14 of 2004 and Decree-Law No. 19 of 2020 amending some provisions of 2004 Law No. 21 of 2015 regulating the entry and exit of expatriates and their residence, which protects the rights of both employers and employees and facilitates the employer change process. This will drive greater competition in Qatar’s labour market by allowing employees to change employers and allowing employers to attract the best talent in the local market.

As part of the efforts to boost the effectiveness of the Wage Protection System, the new amendments to the Labour Law prescribe stricter penalties for employers who fail to pay their workers’ wages and introduce penalties for employers who fail to provide adequate accommodation for their workers, in line with the standards established by the Ministry.

HE Yousuf Mohamed Al Othman Fakhroo, Minister of Administrative Development, Labour & Social Affairs said, “The State of Qatar is committed to creating a modern and dynamic labour market. In line with Qatar Vision 2030, these new laws mark a major milestone in this journey and will benefit workers, employers, and the nation alike.”

Attracting the desired combination of migrant workers, protecting their rights, and ensuring their safety is part of the human development goals of Qatar’s 2030 National Vision. With today’s announcement, Qatar delivers on its promise to expand the labour market in a manner that drives competition, boosts investment in the local economy, and drives economic growth in Qatar.

By atomicmash• 7 months 1 day ago.

Ansar Gallery Husain Saddat & his pet Shaid Alam will not followed this rule.

Very good news but from 2months i am not receiving salary

Very good news but from 2months i am not receiving salary

By Mohamed Ihthisam• 8 months 1 week ago.

MASHA ALLAH GREAT NEWS AND THANKS YOU

By Daniel Schriefer• 8 months 1 week ago.

Rangpur, don't worry. Do what MM would suggest: pray hard and eat three dates a day.

By Rangpur Services• 8 months 2 weeks ago.

I would like to transfer my company but my company does not want to give me NOC. They always doing to me mentally harassment. My sponsor Qatari He is very good person. Only mandub (representative) he make all the problem and Hurd my life. Mandub always treat me bad way even when my Qid expired he refused to renew it. Any suggestions what I can do ? I can not speak Arabic so I can not explain to my sponsor about this issue.

By Molten Metal• 8 months 2 weeks ago.

Very great news, but when will this be effective?

No pension but no income tax either SO ENJOY IT!

Every country has its pros and cons. The key is to stay where you feel comfortable. Life is too short to spend whinging.

Thanks for the information. I will try to visit Germany after Covid-19

@zuma The rents in Qatar are twice as high as they are in Germany and food prices are the same. The same applies to electricity and water. The state pays your health insurance if you earn below the poverty line. And when you retire, you get a pension. Do you get a pension in Qatar? No, you are sent back to your country. Enjoy it!

By treblabaluyot• 8 months 2 weeks ago.

to be implemented and/or effective when?...

By Molten Metal• 8 months 2 weeks ago.

Compare to cost of living and health system in Germany, don't you think Qatar is better in terms of minimum wages

Ridiculous! The minimum wage translates into 1 Euro (5 QAR) per hour!

is their any law to encourage invester.i put worker salary in bank.bank cut 300 for every month bcz bank asked me to put balance 100 thosand riyals in ur account.if one riyal reduce from this money u will pay 300.second point we work with some companies they didt pay us.we cannot go to court bcz we dont have proof.even we have checks ten months gone .checks filed in court no resault.hope laws not only for workers also the money of investors should be safe

We always hope for the best, thanks.

By goodlittleboy• 8 months 2 weeks ago.

One more thing that the authorities in Qatar need to do is to take steps to punish those employers who do not pay their employees their salaries and End of Service benefits. Whenever such an action is taken against a company, the public should be made aware of it. Currently, the system to provide speedy justice to workers is almost non-existent. Many employees have been a victim to the criminal activities of unscrupulous employers simply because these employers know very well how far and employee can go and in the end the employee gets sick and tired of waiting for months and with their money running out, they are left with no other option but to just take their passport and return home.

If you scroll down QL's page there is a post from a lady just a day earlier who says salary has not been paid for 10 months.

By goodlittleboy• 8 months 2 weeks ago.

By QLNews·1·5 days 7 hours ago
According to the list, over a thousand mosques and prayer grounds across Qatar will be opened to worshippers to pray the Eid prayers.

By QLNews·0·4 days 9 hours ago
The ministry has set up a COVID-19 Vaccination Scheduling Unit to facilitate the vaccination of key service workers in the region.

By QLSports·0·3 days 9 hours ago
The 49th Amir Cup Final has been postponed to allow fans to attend, following the lifting of restrictions. 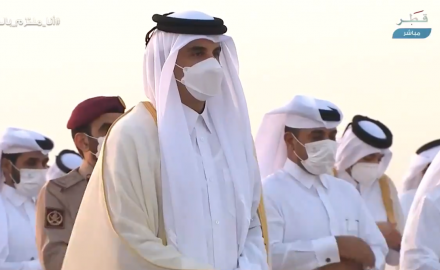 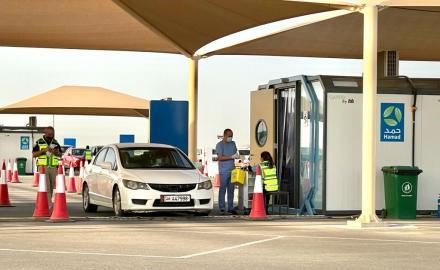 Children aged 12 to 15 to be offered Pfizer-BioNTech COVID-19 vaccine in Qatar: MoPH 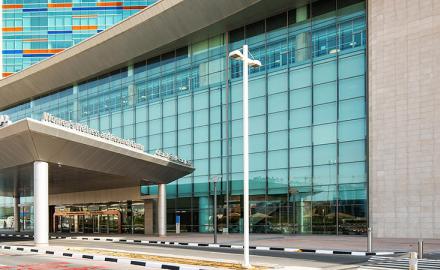