Asian champions Qatar began the 2021 Men's Handball World Championship in Egypt with a 30-25 victory over Angola in Group H at the Burj Al Arab hall in Alexandria.

The rematch of the Germany/Denmark 2019 opening match between Qatar and Angola lived up to its pre-match promise as an exciting match.

Angola line player Jaroslav Aguiar was the first to put the ball in the net, while Qatar only scored for the first time five minutes into the match, the IHF website reported.

Angola answered with an agile 3-2-1 defense with good goalkeeping from Giovany Muachissengue between the posts. However, his counterpart Danijel Saric was even better, finishing with a 42 percent save rate.

A beautiful spin shot from pivot Yassine Sami gave Qatar the lead for the first time at 8:7 in the 18th minute.

Angola drew level immediately after and held the lead for almost the rest of the half, only to give it away 25 seconds before the break. Qatar led 14:13 at the half.

Frankis Marko opened the second half with a goal to give Qatar their first two-goal lead of the game. A save from Saric followed by two goals, put Qatar ahead 17:13. This time, Angola struggled to put the ball in the net, scoring for the first time after five minutes.

The drought was followed by an unanswered 3:0 run for Angola, causing Spanish coach Valero Rivera to call a timeout at 17:16 in the 37th minute.

Meanwhile, Qatar handball team coach Valero Rivera Lopez said that the national team's victory over Angola was significant and would boost the players' morale as they advance.

Speaking in the post-game press conference, Lopez expressed pleasure following his side victory over Angola, which is an important one considering that Angola defeated Qatar in the 2019 World Men's Handball Championship. The coach noted that the team won despite the absence of several key players.

On the other hand, Qatar's goalkeeper Danijel Saric said, "Playing together as a team was the key to today's victory. Our defense was excellent, and we improved our attack in the second half."

Earlier last week, Qatar Handball Association (QHA) Dr Ahmad Mohamed Al Shaabi, had ahead of the tournament, charged the team to be aiming to top the preliminary group in Egypt.

"We must aim to win the three matches in the first phase because any loss will make our mission difficult in the second round. Therefore it is important to lead the group to maintain our chances and rhythm in the second stage," Dr Al Shaabi said in an interview.

"Despite the difficulties we have faced in our preparation, nothing can diminish our desire to achieve better results," he said.

"Matches at the World Championship, in general, remain difficult for all participating teams and competing against the best sides is not easy at all," he added.

"The World Championship is the strongest competition, and we always prepare for it well, but this time the preparation was not in the required manner. Our preparation was not at the level we were keen to have due to the circumstances that world sport has experienced as a result of the Corona pandemic sweeping the globe," he said.

In recent years, Qatar has established itself as the dominant Asian force. Qatar has won the Asian title thrice and reached the World Championship final on home soil in 2015.

The QHF President said the Corona pandemic's impact on the preparations of other teams, especially European sides, is relatively less 'as they have strong competitive leagues'.

"Usually we try to cover this big difference in preparation against our European rivals by conducting long overseas camps and bringing in prominent professionals at our clubs, but this did not happen in the last season (in Qatar), and therefore our rivals have the advantage in the World Championship," he said.

He explained that Spanish coach Rivera 'is one of the positive factors' for the Qatar squad.

He said coach Rivera knows the rival teams, their players and tactics.

Dr Al Shaabi said Qatar being among the top 10 teams in the world would be a good achievement for the national squad.

On Sunday, Qatar will take on Japan, while Angola will face Croatia.

By Qatar Living·0·6 days 15 hours ago
The garden features plant species mentioned in the Holy Qur’an, and those in the Hadith and Sunnah (Sayings & traditions of the Prophet Muhammad PBUH). 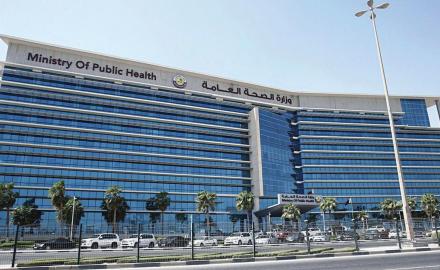 Qatar to expand scale of national vaccination program against COVID-19