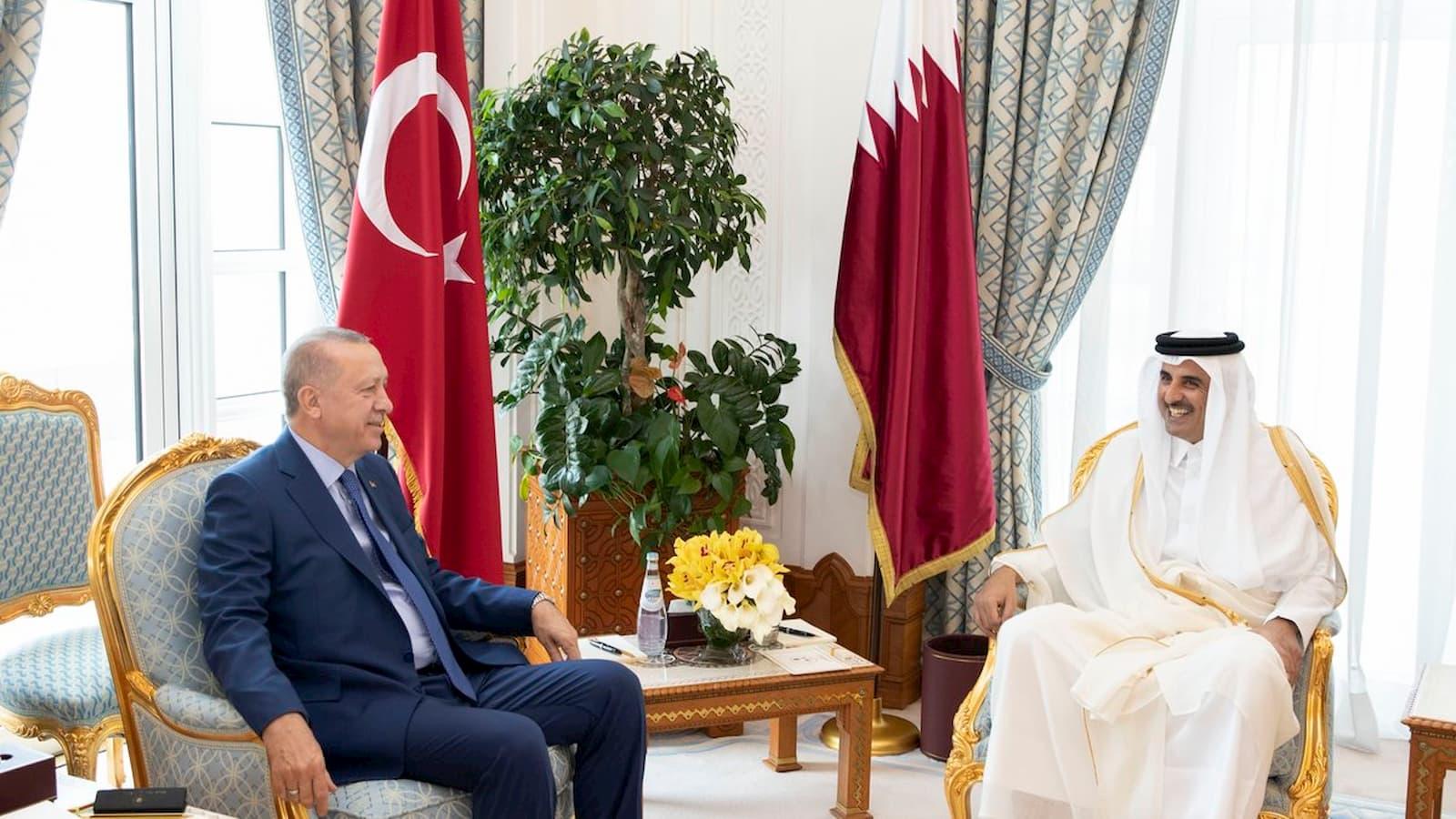 The Qatari-Turkish partnership is progressing toward its goals successfully, His Highness the Amir Sheikh Tamim bin Hamad Al Thani said in a tweet after holding official talks with the Turkish President Recep Tayyip Erdogan yesterday.

HH the Amir and President Erdogan chaired the 5th session of the Qatar-Turkey Supreme Strategic Committee at the Amiri Diwan.

The meeting reviewed the strong strategic ties between the two countries in all fields, particularly political, trade partnerships, economic, and investment. That is in addition to energy affairs, manufacturing, industry, education, media, healthcare, tourism, and projects related to the hosting of World Cup 2022.

The two parties also discussed their counter-terrorism efforts and exchanged views on the latest regional and international developments, particularly in Palestine, Syria, Yemen, and Iraq.

HH the Amir and President Erdogan also witnessed the signing of the joint final statement and several agreements and memorandums of understanding (MoU) that included:

- A Memorandum of Understanding between the Qatar Financial Center and the financial office of the presidency in Turkey.

- An MoU between Qatar Investment Promotion Agency and the investment office at the presidency of Turkey.

- An MoU in the field of urban planning between the governments of Qatar and Turkey.

- A declaration of intent between the Qatar General Organization for Standards and Metrology (QS) and the Turkish Standards Institution (TSE).

- A Memorandum of Understanding in the field of standards between the Public Works Authority (Ashghal) and the Turkish Standards Institution (TSE).

Several ministers from Qatar and members of the official delegation accompanying the Turkish president and ranking officials were present at the signing ceremony.

The two leaders exchanged views on all regional and international developments of common concern.

HH the Amir hosted a luncheon banquet in honor of the Turkish president and his accompanying delegation at the Amiri Diwan.

Several ministers, the Speaker of the Shura Council and some members of the council attended the banquet. 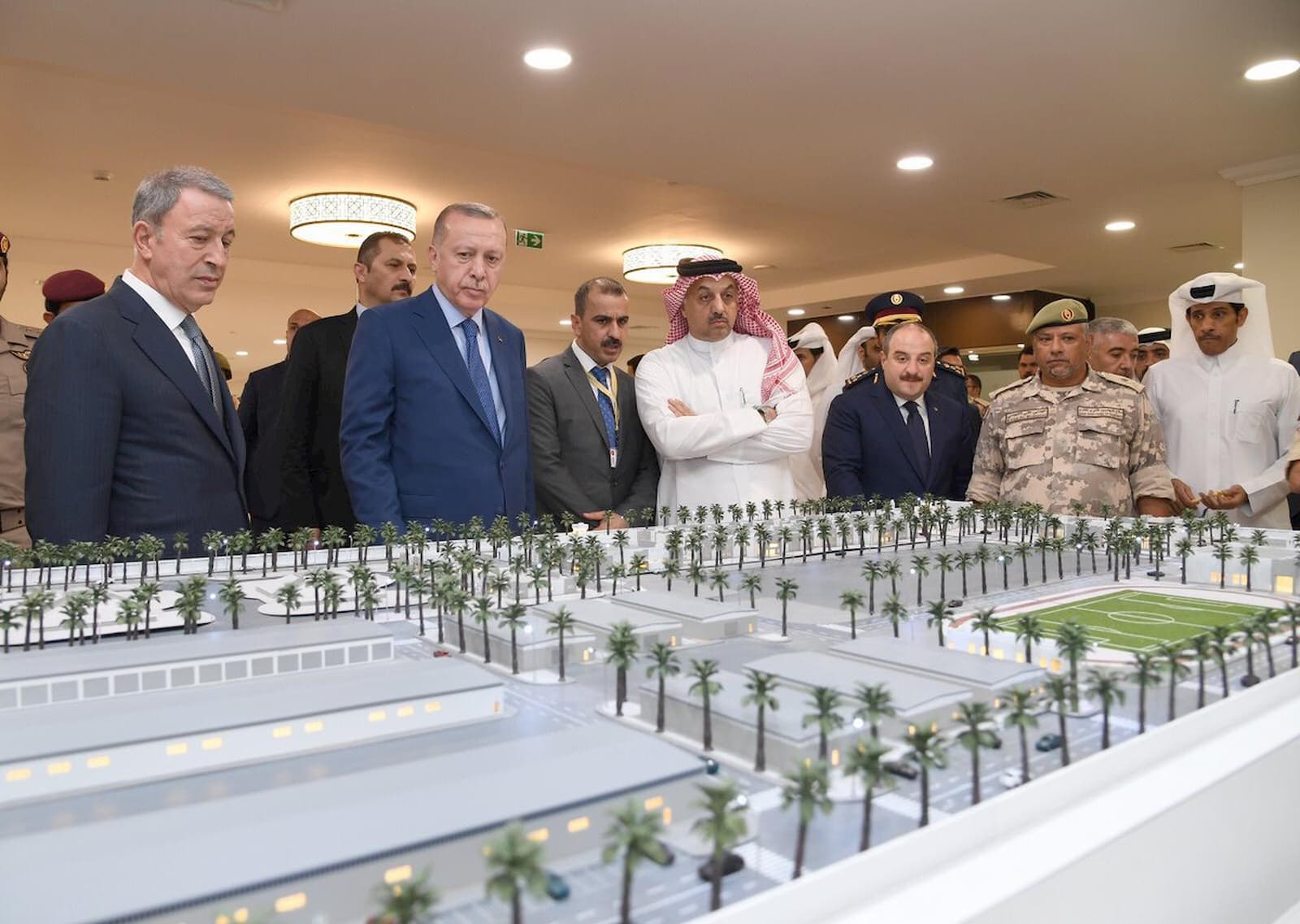 During his visit, President Erdogan also visited the Turkish military detachment in Doha.

He was accompanied by HE the Deputy Prime Minister and Minister of State for Defence Affairs Dr Khalid bin Mohamed Al Attiyah.

Both sides reviewed the readiness of the Turkish forces and the joint cooperation between them and the Qatari forces.

The Turkish president and the accompanying delegation left Doha on Monday evening.

The president and the delegation accompanying him were seen off upon departure from Hamad International Airport by Dr Khalid bin Mohamed Al Attiyah and the Ambassador of Turkey Fikret Ozer.

A joint communique was issued after the 5th session of the Qatar-Turkey Supreme Strategic Committee.

It said the two sides stressed their commitment to enhancing the legal framework of their bilateral ties. They also expressed their satisfaction with the increase in bilateral trade volume in a way that reflects the strength of political ties.

The committee welcomed the Qatari companies' increasing interest in investing in Turkey and reviewed the commitment made by Qatar to invest $15 billion in Turkey.