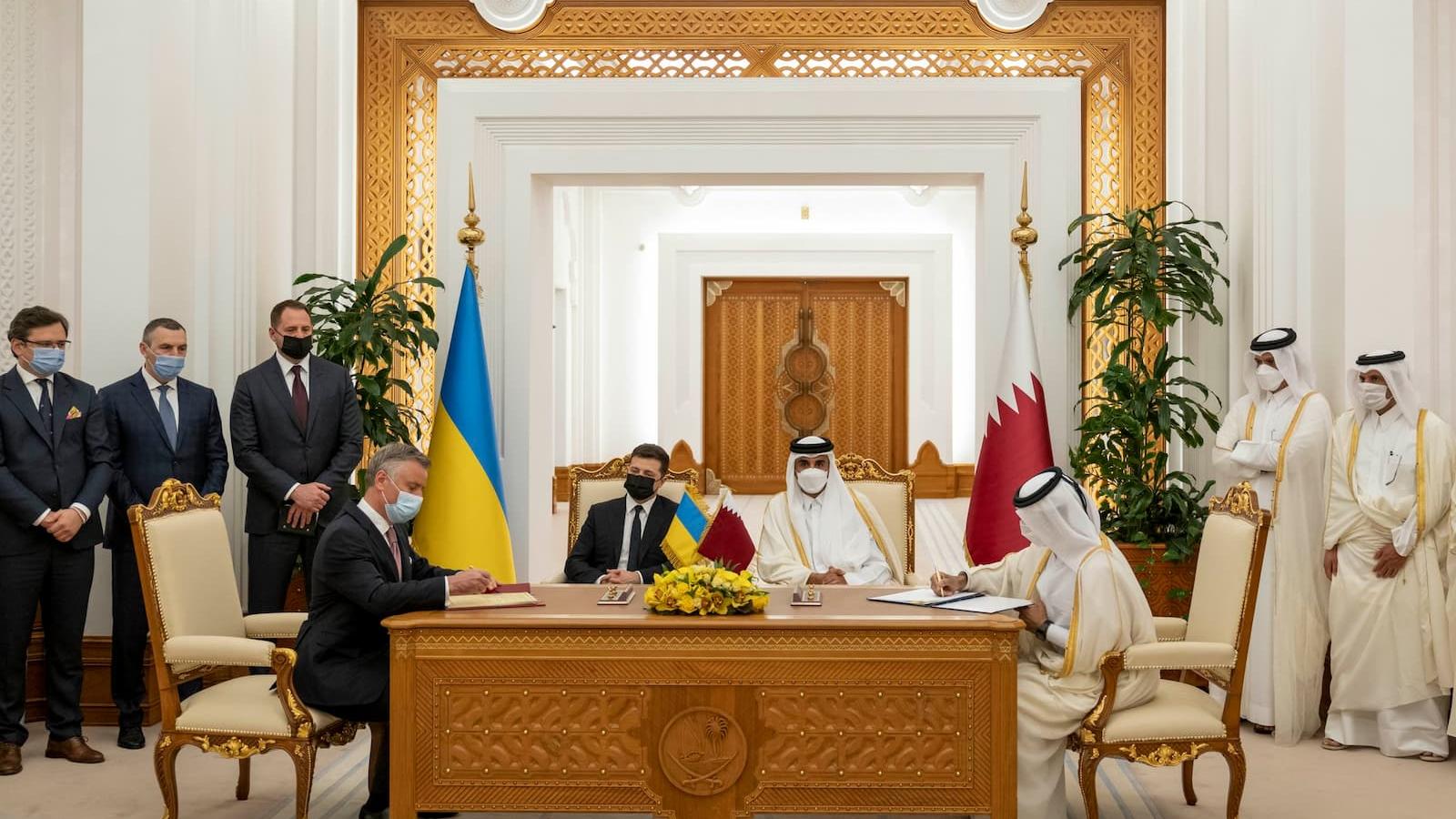 The meeting between His Highness the Amir Sheikh Tamim Bin Hamad Al Thani and the Ukrainian President Volodymyr Zelenskyy was held at the Amiri Diwan.

The session, which also saw the attendance of a number of Qatari ministers as well as the delegation accompanying the Ukrainian President, reviewed bilateral ties and explored ways to consolidate them further.

The discussions particularly focused on cooperation in the areas of agriculture, energy, healthcare, investment, infrastructure, transport and tourism. 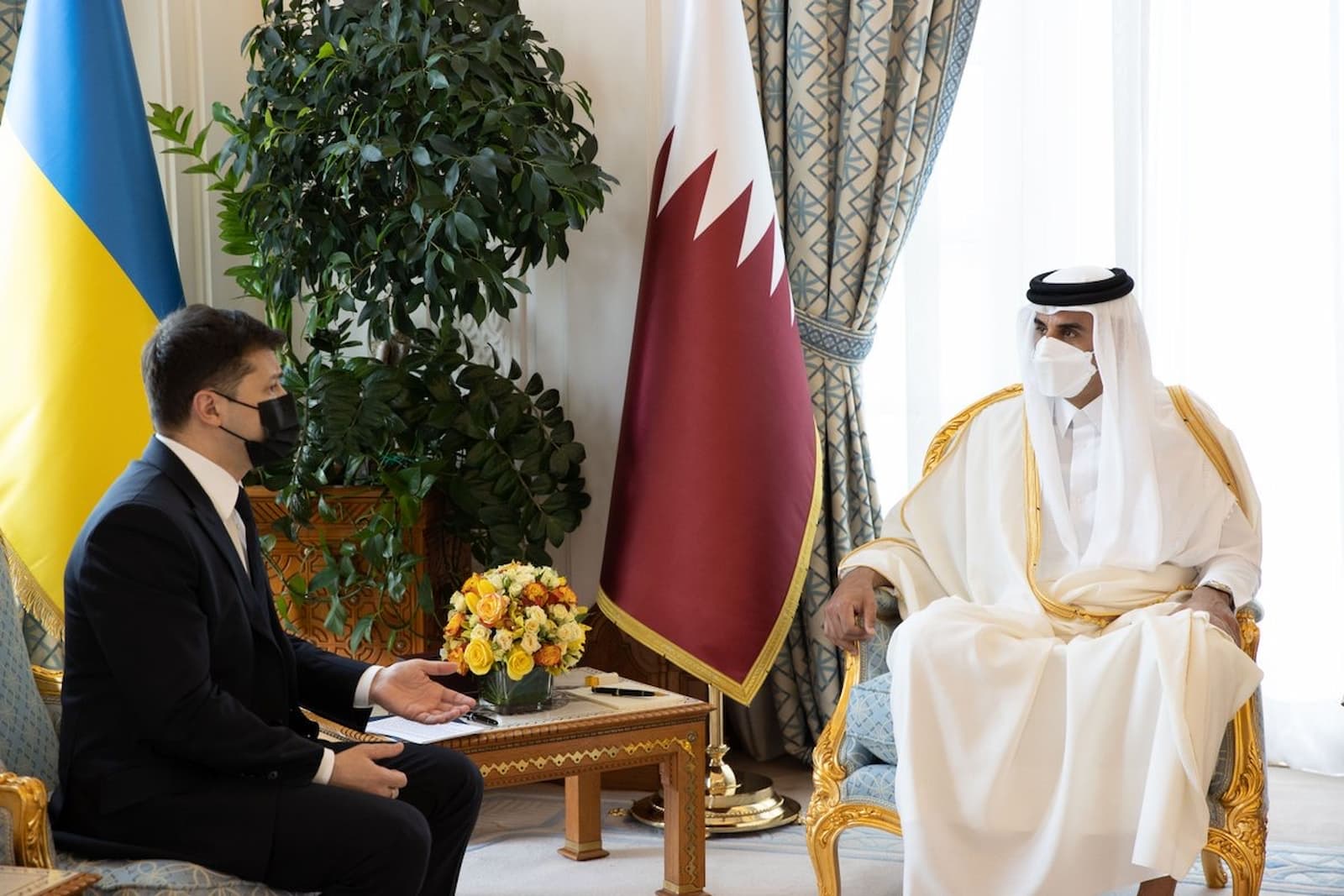 Earlier, an official reception ceremony was organized for the Ukrainian president at the Amiri Diwan.

Following the talks, the two leaders saw the signing of several agreements and memoranda of understanding (MoUs) between the governments of Qatar and Ukraine. These included:

A number of ministers from Qatar’s side and members of the official Ukrainian delegation attended the signing ceremony.

President of Ukraine met on Monday at Doha Sheraton Hotel, with Prime Minister and Minister of Interior . During the meeting, they reviewed cooperation relations between the two countries and opportunities for enhancing them. #QNA pic.twitter.com/378aOO5WLC