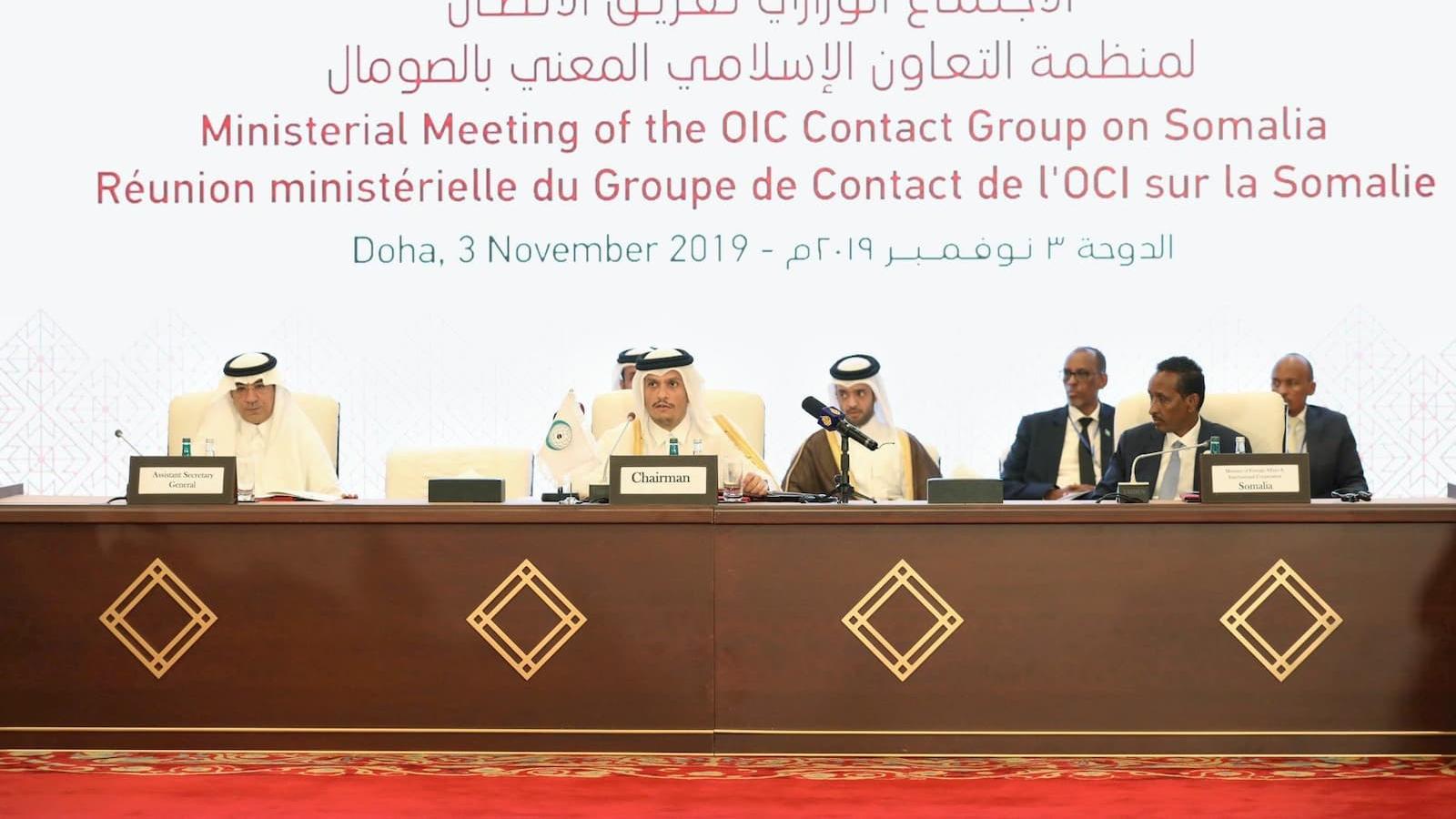 Qatar will continue to be a key supporter of Somalia, says FM

Qatar has also been one of the first countries to extend a helping hand to Somalia in times of emergency and need.

Additionally, Qatar is also supporting the construction of a new port in central Somalia, a key building block in cooperation in maritime transport between the two nations.

Yesterday, Qatar reiterated its support for Somalia at the Ministerial Meeting of the OIC Contact Group on Somalia.

The meeting aimed to mobilize more international support to establish security, development, and stability for the Somali people.

During the meeting, His Excellency Deputy Prime Minister and Minister of Foreign Affairs Sheikh Mohamed bin Abdulrahman Al Thani said, "It is time for Somali citizens to live a safe and stable life, which can only be achieved through realizing stability, security and creating new prospects for the comprehensive economic, social and cultural development that the Somali people deserve."

He said Qatar gives keen attention to Somalia as part of its role as Chair of the Contact Group to provide various forms of support to the North African country.

I underlined the importance of achieving national consensus, forming a federal government, establishing executive & legislative institutions and building national institutions capable of leading the country and achieving the aspirations of the Somali people.

The FM said the meeting reflects the consensus of the OIC Member States on the importance of securing the future of Somalia.

He underlined complementing the gains achieved on the ground, namely achieving national consensus, forming a federal government, establishing executive and legislative institutions and building national institutions capable of leading the country and achieving the aspirations of the Somali people in security, stability, and development.

Furthermore, the FM emphasized continued efforts to complete the pillars of democracy in Somalia.

"There are many serious challenges still facing Somalia, and we should provide all aspects of support for facing these challenges. Perhaps, the most prominent of these challenges is terrorism and violent extremism," HE the Minister pointed out.

"Despite the gradual progress in facing the control of the militant groups, terrorist attacks continue."

The FM reiterated Qatar’s condemnation of these criminal attacks, which aim to undermine stability and national unity.

He stressed the importance of intensifying efforts to eradicate them and implement the national strategy and action plan to prevent and combat violent extremism.

He pointed out that the challenges that Somalia faces today are not limited to achieving security and stability, but extend to overcoming natural disasters, the most important of which are severe droughts that have been sweeping the country.

HE the Minster lauded the countries that have provided assistance to the Somali people.

He also highlighted the importance of providing employment opportunities to Somalia's young people, who are the largest demographic group in the country.

The FM praised Kuwait’s hosting of the donors’ conference to support the education sector next year and commended Turkey’s proposal of sending a fact-finding mission to drought-affected countries, including Somalia, to assess needs.

He stressed that Qatar will continue to be a key supporter of Somalia, and will spare no efforts in providing the necessary assistance.

He said Qatar has recently provided a $25 million aid to the Somali government as contribution to the debt reduction of Somalia at the World Bank, and that it supports the development of security capabilities, economic empowerment programs, creation of job for young people, the Trust Fund for Peace and Reconciliation and the implementation of development projects including roads, schools, hospitals in addition to other projects that meet the needs of the Somali people.

The FM also referred to the military grant provided by the Qatari armed forces to its Somali counterpart.

Meanwhile, OIC Undersecretary for Political Affairs Yousef al Dobeay praised the efforts of Qatar and its initiative to call for a meeting of the Organization’s Contact Group on Somalia.