As a part of the annual Ramadan tradition upheld across the Gulf, HH the Emir Sheikh Tamim bin Hamad al-Thani pardoned a number of prisoners as an act of extending goodwill to the expat population of Qatar.

The Emir usually pardons inmates twice a year, during Ramadan and on National Day. Many of the pardoned prisoners hail from India, Nepal, Pakistan, Bangladesh and the Philippines.

There were at least seven Indian prisoners among those pardoned by the Emir, Gulf Times reported. An unnamed senior Indian Embassy official told the paper the men were serving short sentences, and at least some had been serving up to three years for cases including theft.

Photo for illustrative purposes only

My son, my daughter, I too do not condemn you, please go ye and sin no more.....

By britexpat• 5 years 4 months ago.

By QLSports·0·2 days 19 hours ago
The Al Rayyan Stadium will host the Amir Cup 2020 final between Al Sadd and Al Arabi on December 18.

By Qatar Living·0·3 days 11 hours ago
Qatar Living speaks to trained chef, motivational speaker and writer, Anahi Brown, to learn more about her story dealing with depression and how she started to help other women by coaching them.

By Qatar Living·1·5 days 1 hour ago
These apps are certain to make your life easier when living in Qatar.

By QL Videos·0·1 day 16 hours ago
While there may be several other luxury and sports cars that catch your eye, you may wonder what it is about the Land Cruiser that makes it a popular pick by many in Qatar?

By QLSports·0·3 days 14 hours ago
The FIBA 3x3 World Tour Doha Masters 2020 ended on a high-octane note on Saturday night at the Al Gharafa Sports Complex with Riga’s Karlis Lasmanis hitting an impossible buzzer-beater to earn his Latvian team the tournament's title on what was a fantastic night.

By Qatar Living·1·1 week 2 days ago
The findings of the coronavirus research in relation to prevalence show fascinating results.

By Qatar Living·1·2 months 3 days ago
Known for delivering a unique combination of value, freshness, and quality to customers, FFC launched its online delivery platform in June 2020 and has since garnered a steady stream of regular and loyal customers.
Post to Forum
Sponsored Posts 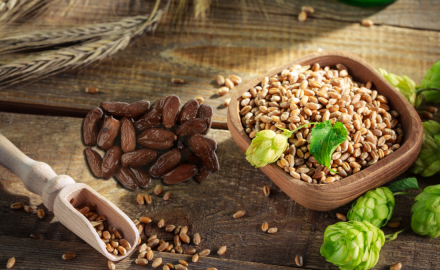 Pay your Zakat al-Fitr on time