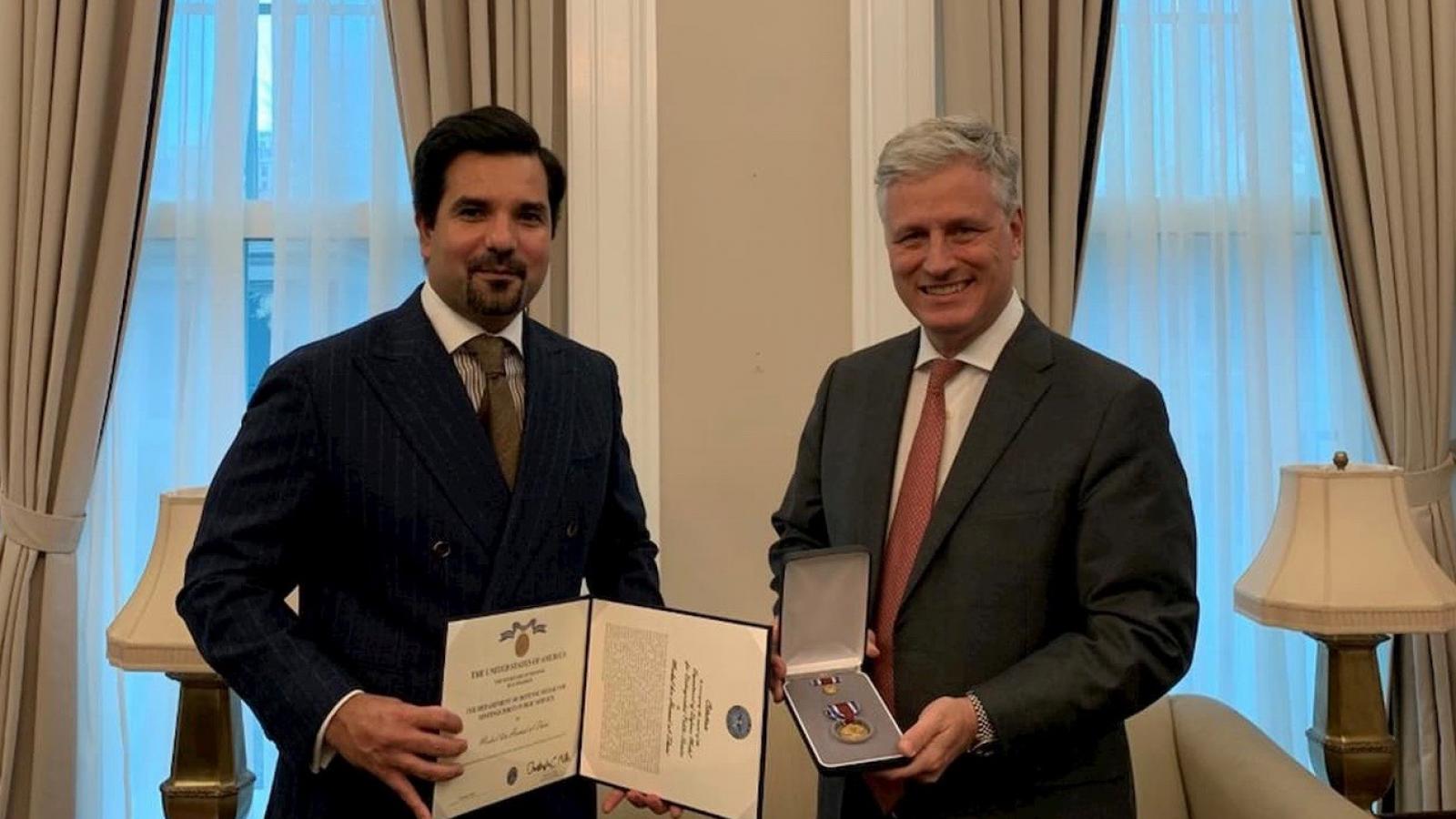 This is considered as the highest honor given by the US Department of State to officials in the US and in friendly countries.

The medal honors officials for exceptional services and notable accomplishments and is a testament to praise-worthy performance.

His Excellency the Ambassador of Qatar to the US Sheikh Meshaal bin Hamad Al Thani accepted the medal, on behalf of Qatar’s FM, from US National Security Adviser Robert O’Brien.

According to a statement by Qatar’s Ministry of Foreign Affairs, the US Department of Defense affirmed that the prestigious award presented to Sheikh Mohammed “comes in recognition of his outstanding diplomatic efforts to strengthen relations between the State of Qatar and the United States.”

The award also reiterates the FM’s commitment to cooperation with the US across various domains, the US Department of Defense stated.

The Department also highlighted Sheikh Mohammed’s “support for the US as a major ally of the State of Qatar,” which has lead to the creation of new avenues for joint work between the two nations.

The Qatari FM’s role in promoting peace efforts in Afghanistan, particularly the signing of the US-Taliban agreement last year and the launch of the Afghan peace process following that was also highlighted by the US Department of Defense.

In addition to this, the Department also underlined Sheikh Mohammed’s consistent efforts toward regional stability, prosperity as well as the peaceful resolution of the Gulf crisis.