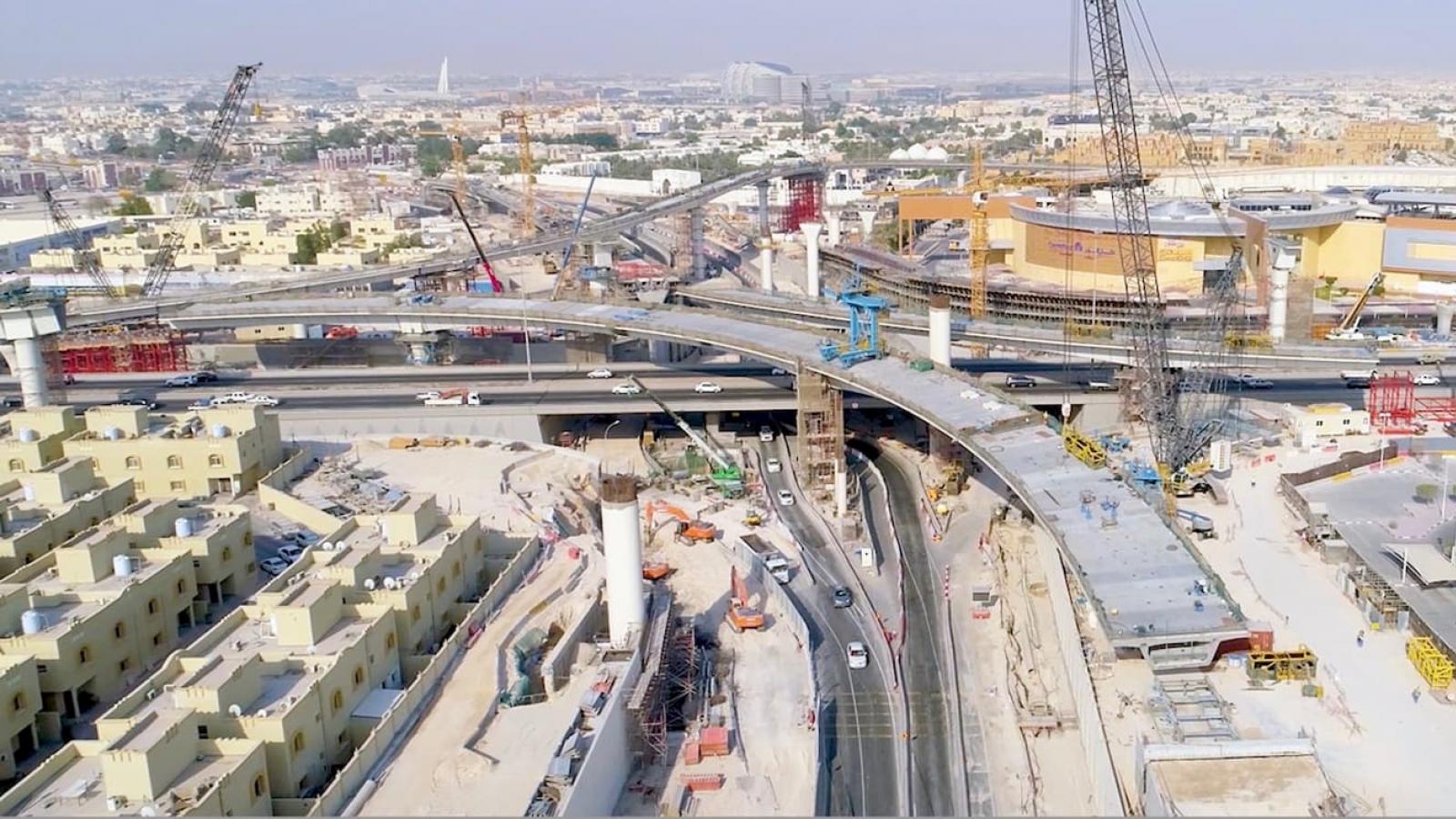 The Public Works Authority, Ashghal, has announced that 72 percent of the development works on Umm Lekhba Interchange, also known as the Landmark intersection, are now complete.

The progress is particularly noteworthy as the completed works are part of the Sabah Al Ahmad Corridor, which will act as a vital artery of Qatar’s road infrastructure.

According to Ashghal, parts of this "huge and vital junction" are set to open by the end of this year, followed by other openings later in 2020.

Project engineer at Ashghal, Ali Ibrahim said, "Umm Lekhba Interchange is the largest interchange in Qatar with a length of 11 kilometers. It is the first in Qatar as it is made up of four levels and 9 bridges that provide free traffic flow in all directions for more than 20,000 vehicles per hour."

Project Engineer Ali Ibrahim: Umm Lekhba Interchange is the largest interchange in Qatar with a length of 11 KM. It is the first in Qatar as it is made up of four levels and 9 bridges that provide free traffic flow in all directions for more than 20,000 vehicles per hour pic.twitter.com/npWU8siWhY

Out of the nine, five bridges consist of two lanes in one direction while the others have one lane in one direction. Some of the bridges are about 28m high and equivalent to a nine-story building.

The interchange is the second-highest in the country after the one at Umm Bishr on G-Ring Road.

The Umm Lekhba Interchange will serve as the northern gate of Doha due to its strategic location as it sits at the heavy-trafficked northern entrance of Doha with where Al Shamal Road intersects with Doha Expressway, Al Markhiya Street & Sabah Al Ahmad Corridor, said Ibrahim.

It is located in a densely populated area with vibrant commercial activity, several government offices, educational and health facilities, and commercial markets.

Once completed in the fourth quarter of 2020, the new interchange will significantly improve traffic to shorten the travel time by more than 70 percent by ensuring the free flow of vehicles.

The bridges offer nine arteries that will facilitate free traffic flow in nine directions, in addition to free traffic on Al Shamal Road as well as the underpass of the old interchange linking Al Markhiya Street and Sabah Al Ahmad Corridor.

Furthermore, the interchange will ease congestion on Doha Expressway, especially at the Al Gharrafa and Al Duhail intersections.