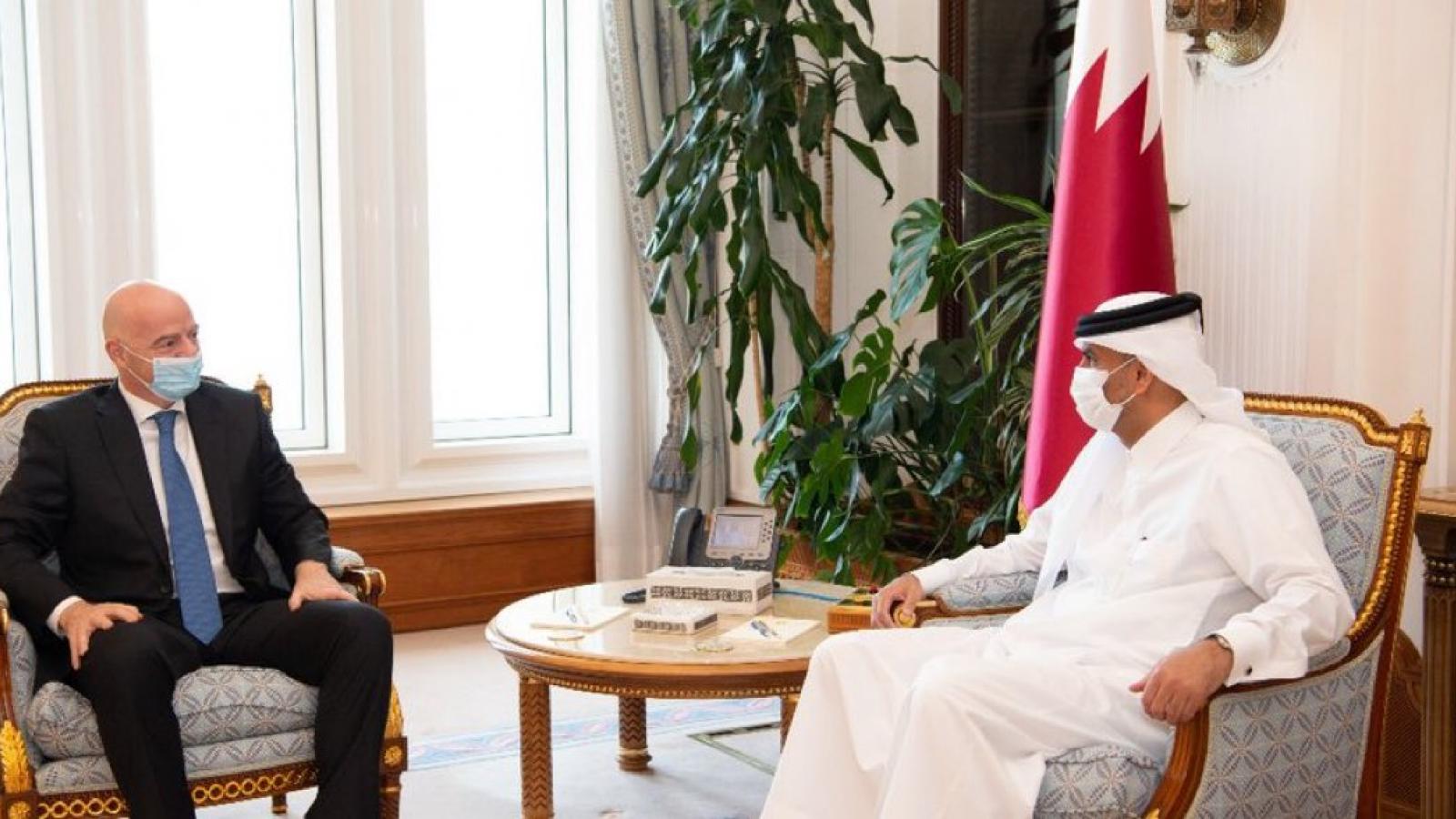 The FIFA chief is on a visit to Qatar to attend the FIFA Club World Cup Qatar 2020.

The meeting focused on cooperation relations between Qatar and FIFA and looked into ways of boosting them further.

The most recent developments pertaining to Qatar’s hosting of the FIFA World Cup Qatar 2022 were also discussed during the meeting.

Prime Minister and Minister of Interior met (FIFA) President on occasion of his visit to country. During meeting, they reviewed cooperation relations between Qatar and FIFA, ways to enhance them as well as latest developments related to hosting FIFA World Cup Qatar 2022. pic.twitter.com/ikvnlRfPvC

Recently, the FIFA Chief commented that the 2022 FIFA World Cup in Qatar will be played in stadiums full of fans.

“I am very, very confident (it) will be incredible, will have the same magic, uniting the world,” he had said, adding “We will be back to where we have to be.”

The football world body president has on several occasions expressed his absolute confidence in Qatar’s abilities to deliver an exceptional World Cup in 2022.

In October 2020, while on a visit to Qatar Infantino met with the tournament organizers and took part in a seven-a-side match at the 60,000-capacity Al Bayt Stadium. He described Qatar's preparations for the FIFA World Cup as ‘impressive.'

He had earlier also said that the country will host an 'unforgettable' edition of the tournament. The FIFA president said that the tournament will be exceptional and we will discover a part of the world that we did not all know, stressing that he is fully convinced that the stadiums would be full of fans.

By QLNews·0·6 days 20 hours ago
In order to ensure the safety of society and an effective vaccination process, MoPH had explained that invitations for the vaccination will be sent in a gradual and phased manner.

By QLNews·0·5 days 23 hours ago
The Primary Health Care Corporation (PHCC) has begun administering Moderna's COVID-19 vaccine in three of its health centers. These are Al Wajba, Lebaib, and Thumama.