Saudi Arabia has permanently shut down the only land border it shares with Qatar — the Salwa border — hinting at the possibility that the illegal siege of Qatar is nowhere near its end.

A letter issued by the Saudi customs directorate on Tuesday announced that the Salwa border gate had been shut-off permanently since Monday evening, reported the Middle East Eye.

However, the closure is not expected to threaten Qatar's stability in any way. While most of the country's food imports earlier used to come through the Saudi land border, much of it now comes via sea and air.

The Salwa border gate was closed two weeks after the crisis officially began on June 5, although it was opened for a two-week period in August to allow Muslim pilgrims to travel to Mecca for the Hajj. The gate had remained open since then, mainly for humanitarian reasons.

Although officially well-received by Qatar, the move to open the gate had sparked outrage from Qatari citizens on social media, who demanded the siege be lifted entirely.

Earlier this month, the annual regional summit of the six GCC countries was cut short, failing to resolve the ongoing crisis.

In Northern Nigeria, we Believed that best people on Earth are Arabs because of Their knowledge, attitude, tradition, culture and closeness to Islam, but since 2012 my arrival in Doha I started having doubt but later realized the Arabs we heard off in History are totally different with the current ones.

I pray to Allah the Arab leaders should remove the strong desire for leadership.

By PunchLiner• 3 years 3 months ago.

Views on religion should not be posted here. There are people of other faiths in Qatar.

Its just for point scoring even salwa boarder is closed since 5 june 2017 .Now saudis lost their sense and break the silence and nothing to achieved .Now Qatar not dependable on Saudi and self sufficient about consumer goods . In future if boarder remain open so saudi keep in Mind that qatari will not touch saudi UAE products because its totally inhuman and illegal with out solid reason saudi block sea land air boarder .Qatar give new curriege to GCC countries against saudi imperialism in region.

By ridhwanb• 3 years 3 months ago.

ALLAHuAQBAR..I completely agree with you. In one word you describe as "Live with Humanity"..But as the same time If you just think about YOU and FAMILY and not about other people definitely 1 day you will suffer same thing in Life. As it is said "Life is a Cycle, what you do, it will comes to you"

I do remember very well, I had lose the job dated 25-01-2016 since than my family is suffering and also others to whom I use to help through Physically or Monetary.

I pray to almighty ALLAH..Lets everybody comes to One platform and fight against this hatred of being Power, Money etc

Allah is not the God of Muslims only but Allah is the God of all people whether they are Hindus, Muslims, Jews and Christians. Monotheism is present in all their Holy scriptures.

We never existed before 100 years nor will exist after 100 years. If you consider that you sleep 8 hours a day, it is one third of the day and calculation for the whole life it will be one third of a person’s age. Hence there is no time to waste time in vain talks and disputes. Help the poor and do good to your parents and be thankful to God, He gave you free, the air you breathe, the water you drink, fruits and vegetables, most importantly your Life for free. Our life is a continuous exam until we meet God and it is when he will question you for your time, youth , money , actions etc . People reject God but can they escape Death? . Don’t forget you are nearing your death every second.

Do you know that the same person and his wife is mentioned in Holy books of Hindus, Muslims, Jews and Christians. Here its is …

You can see these two words Brahm & SARA repeating in all of them.

All Mankind have a common origin..a same father and same mother. If people realize this people will love each other never fight each other.

While I have pointed out the very sad part that Muslims are killing Muslims, very few take the time to ponder over the game behind all that is taking place. The war between Muslims results in the killing of each other, reduction in their population, destruction of their infrastructure, a push-back on their economy, a drain on their reserves let alone the breading of hatred. Who gains from this? It is the powers who want to sell their guns and grenades, bombs and bullets, mortars and missiles. The income from such sales oils the war machinery of these super powers and strengthens their economy. Just take the Iraq-Iran war for example. The world powers sold billions of dollars worth of weapons to both countries. With demand so high, even smaller countries such as Yugoslavia, Spain and Portugal entered the market to sell their stuff. That war itself cost both the countries an estimate of 500 billion dollars. There was an estimated loss of 200,000 lives on both side – all Muslims. Had this money been used for constructive purposes, it would have changed the destiny of poor Muslim countries. Then when a war comes to an end, it is these very same world powers and developed nations who take over the role of reconstruction and churn out money from big projects bringing in their manpower and material. They earn both ways.

The need of the hour is peace, which hardly anybody talks of. No concerted effort has been made in this direction even by the United Nations to bring the Houthis and Gulf nations to the table for talks. It is now for both sides to look into ways of finding a solution to this burning issue of how to stop this war and think on lines of peace. Countries such as Pakistan which has good relations with both Iran and the Gulf countries should play a prominent role in bringing both sides to the peace table. Otherwise, the internal divisions among Muslims would just allow non-state actors the opportunity to carry out with the dirty agenda, and that is clearly visible.

Prophet has forbidden a war between Muslims.

Even carrying a weapon against another Muslim is Forbidden in Islam.

Fighting between Muslims is not Jihad. It is cowardice and an act due to Ignorance.

I remind all of you to a saying of our Prophet with warning that both the Killer Muslim and Killed Muslim will both be in hell for fighting each other with weapons.

By Qatar Living·0·2 weeks 1 hour ago
Qatar Living speaks to the social media influencer and entrepreneur, Haneen Al Saify, to learn more about her journey since she started blogging.

By QL Videos·1·1 month 23 hours ago
Priced at QAR 280 per person, this brunch offers a wide range of savory and sweet dishes meant to delight the foodie in you. 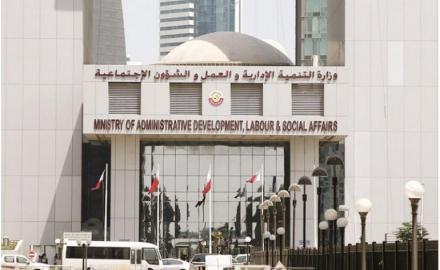 Ministry of Development and Labor to stop providing services during evening 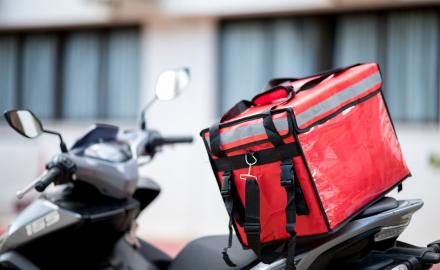 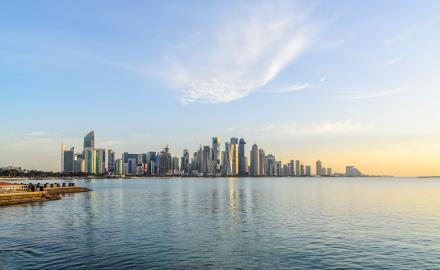