The government’s plans to make sure that all workers in the country are paid their wages through bank transfers are being implemented in three phases.

In the third and last phase, all companies with less than 100 workers will be asked to transfer salaries of their workers to their respective bank accounts.

To be called ‘Wage Protection System’ on the lines of a system that is in place in the United Arab Emirates since 2009, it will be mandatory for all companies, whether private, government or semi-government, to transfer salaries of all their workers to their bank accounts.

The workers would need to be paid salaries in the first week of every month through bank transfers. Delays would attract punitive action in the form of fine.

Currently, a large number of companies do not transfer wages of their low-income workers to banks and rather pay them in cash. These workers have no access to bank accounts.

This makes it difficult for the Ministry of Labour and Social Welfare to monitor salary payments by companies, so there are delays and defaults in several cases.

The Ministry of Labour and Social Affairs, it is understood, has almost completed a study to monitor online salary payments by companies once the ‘Wage Protection System’ is fully implemented.

An extensive database is being developed by the Ministry of Interior and the Ministry of Labour and Social Welfare which will specify who is to be included in the ‘Wage Protection System’ (WPS) and who is not.

Last month, banking regulator, the Qatar Central Bank (QCB), asked all banks to provide it account details of all their customers.

Companies, on the other hand, have been asked to provide the labor ministry salary details of all their employees.

The database for the Wage Protection System is reportedly being developed based on the above information. Banks will be opening accounts for hundreds of thousands of low-income workers in the country to let the WPS work.

@ruz i did already submit a complaint to the national human rights committee in Qatar. hopefully something will be done in the near future

@Rabstag, Can you try raising this issue with Human rights group on their behalf?

Companies are bringing people from Nepal with offering higher salaries and then they are cutting half of their Salary , If they denied to work , then companies are treating them and forcing them to pay 1200+300+ticket charges if they want to leave .

This sucks here . No humanity , Only pray 5 times

when it will be start one of my friends are suffering without getting there salary and they people paying there salary after 2 month like that that mean January salary they ping on march . better do something and save like that poor people who suffering

Hope this would be the end of the so called ATM (After Three Months) Salary Scheme..

By ramziyasl• 7 years 8 months ago.

By madikenonso• 7 years 8 months ago.

more than 150 Nepali cleaners employed by SERVICOM still waiting for their salaries, their salary is only 800 riyals and they live like sardines somewhere in the middle of nowhere in shahaniya, they have no electricity, no hot water, its 27th of April and they didn't get their wages yet, even with the implementation of this new law i'm sure that their salaries will still be late, you can google their website and see for yourself its a big company with many projects it's not as if they're running out of cash,

by the way these Nepalis are human beings

By AApilado• 7 years 8 months ago.

implement first the pending amendment before broadcasting other amendments.. this will notify the public regarding poor processing.. see beyond expectation of the public :3

Masha Allah... great.. Allah may reward for those who brought the law...

Planning Stage as always, but the implementation very very soooooooon. Same as reform or amendments of labor law, rumors only, no reality

Welcome this system it’s most important for us

i think this is good. Coz some workers dont receive their salaries in time. Specially construction. its a safe method.

By QLNews·0·1 week 6 days ago
The programme includes art workshops, gallery visits, and training that inspire creative interaction among the local community

By Qatar Living·0·2 weeks 6 hours ago
Research studies and surveys conducted by experts depict a sharp rise in anxiety and depressive cases among people. Experts have stressed that it is crucial to take care of one’s emotional well-being too, apart from physical health.

By Qatar Living·0·2 weeks 4 days ago
Katara reveals the three categories of the Festival: Arabian Peninsula Horse Show: Arabian Horse Auction, and the Title Show. The festival will kickstart from 2 February, 2022

By Qatar Living·0·2 weeks 4 days ago
The Ministry of Public Health has updated the country lists on the 28th of December based on Covid-19 risks and the Travel and Return Policy. The updates will come into effect at 7 pm on January 1, 2022.

By Qatar Living·0·2 weeks 6 days ago
With 2022 just around the corner, we're all wrapping up the remaining bits of 2021, QL's team has their very own New Year's Resolution that we plan to keep and convince others to join too!
Post to Forum
Sponsored Posts 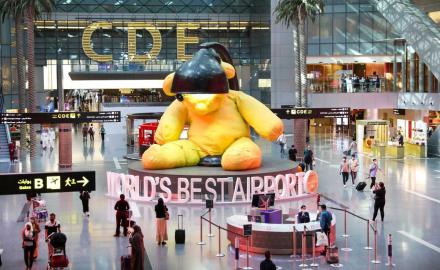 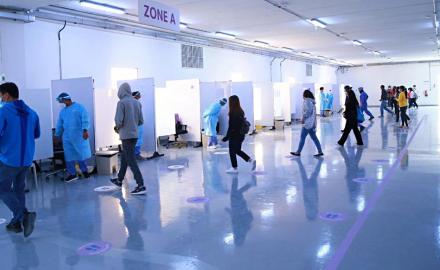